Pfc. Blake Puckett used his knife to cut her free and, with the help of passer-by Harrison Booker, pulled her from the vehicle. 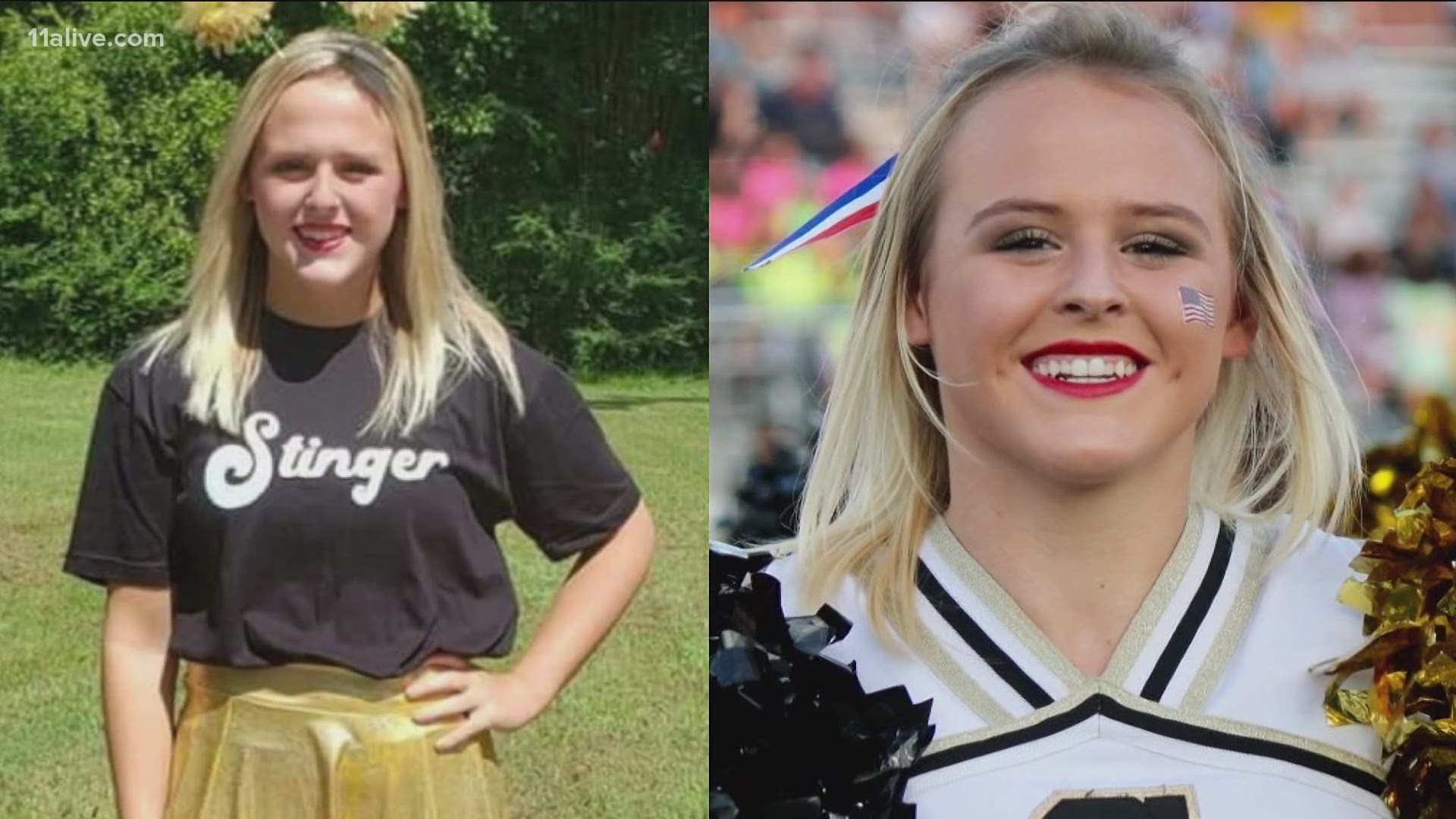 SHANNON, Ga. — A Floyd County Police Department officer is being commended by his sergeant for saving a teenager's life in the aftermath of a fiery crash on Saturday.

Pfc. Blake Puckett rescued the unconscious young woman from the burning wreckage of a pickup truck after a wrong-way driver crashed into it, head-on.

"There is no doubt that if Pfc. Puckett would not have gotten the female out of the car when he did, she would not be with us at this time. His swift actions and calm demeanor saved her life,” Sgt. Josh Ward said.

The crash happed at about 11 p.m. on Highway 53 in Shannon, Ga., between Rome and Calhoun, in a mostly rural section of the highway. Police had received several 911 calls from drivers on Highway 53, saying they had to swerve to avoid the wrong-way driver, who, they said, was speeding. So police were already headed to the area.

Highway 53 between Rome and Calhoun is a four-lane highway with a wide, grass median; in some stretches there are small, roadway fences in the median.

The wrong-way driver, in a sedan, collided with a Ford F-150. There were four young people inside the pickup. All four were injured. Three were able to get out. But they could not free18-year-old Laurel Putnam. She was trapped in the front passenger seat, unconscious, and strapped in by her seatbelt.

Puckett told 11Alive that he used a pocket knife to cut Laurel free and, with the help of a man named Harrison Booker, who also ran up to help, pulled Laurel from the pickup.

Witnesses report that a fire erupted instantly after the impact.

"It was definitely intense, " Puckett said. "There's not been that many other scenes that were on that level, for lack of better term, chaos."

"We pull up, the entire northbound lanes of a major four-lane highway are shut down. One vehicle’s on fire," he recalled.

"A small explosion happened while I was running up towards it."  And Puckett said that after he cut off the seatbelt, he was unable to pull her out, at first.

That's when Booker was able to reach into the cab and work her legs free from the front-end damage.

"He said, 'Hold on, her legs are trapped.' And he actually reached in the vehicle and moved her legs" free, Puckett said.

"When he did that, that's when the windshield fell in, and the flames started coming into the cab very heavily."

Puckett was supporting Laurel with one arm, and spraying a fire extinguisher with his other hand "to keep the flames off of her."

Puckett carried Laurel away from the pickup, "and I set her down, and I looked around, and just then the entire cab was engulfed in flames."

Authorities said the suspect vehicle, driven by Raul Villalobos, was driving fast and nearly struck several other vehicles. They said Villalobos was also injured and had to be extracted from the car he was driving, and is in a hospital. He is facing charges of DUI, serious injury by vehicle, reckless driving, driving while unlicensed and no insurance.

Some of the drivers who had to swerve to avoid colliding with the wrong-way driver, who called 911 to report him, also witnessed the collision, and they and other drivers stopped to try to help.

“Please hurry! Someone’s trapped and the truck’s on fire!” said one 911 caller.

"He crashed head-on with everybody, and the car’s on fire," said another.

Callers realized immediately that someone was inside the burning truck.

"You've got a passenger in the car, still in the truck," said a caller.

“I hear sirens, hear some, but I can’t get in this car,” one woman said, wanting to help.

The fire was expanding toward the cab of the pickup, where Laurel Putnam, unconscious and trapped, was in the front passenger seat.

“She was just having a night out with her friends,” said Laurel's older sister, Erin Putnam. "They were in Rome and we live in Calhoun (about 20 miles away), so they were on their way home. And I think that it all happened so quickly that none of them saw it coming. And then it just happened."

Laurel had surgery for multiple broken bones. But she was not burned. She is a Senior at Calhoun High School, on the soccer and cheer teams, and she’s the school’s Yellow Jacket mascot.

“She’s always in the middle of it with her friends, having fun, encouraging others to be engaged in school," said Calhoun High Principal, Dr. Peter Coombe. "She’s that student you want your kids hanging around.”

"Her peers in the Senior class all wore red just to show solidarity and support of her and those impacted by the accident," and the students, their parents and others in the community are working on a plan, Dr. Coombe said, to offer long-term support for Laurel's recovery.

“We are so thankful for everyone that was brave and risked their lives to help all the kids involved,” Erin Putnam said.

“I see all the pain that was caused from this accident, all the kids that are going to have to recover," Erin said. "And while I am upset and angry, I'm also worried for him. And I know that he must have had some problems. And my heart goes out to him, too. And I hope that he can get the recovery that he needs, and the help that he needs. But also pay for the crime that he did, and the pain that he caused."

Erin said Laurel's recovery is likely to be "a long road," She said Laurel has broken bones in her feet and ribs, and she also suffered fractures in her vertebrae, and a concussion.

"The officers' and the bystanders' actions really saved her... (and) she has no burns."

Laurel is out of surgery and out of the ICU, "she is sleeping most of the time," Erin said, and, as of now, has no memory of the collision or the rescue.

11Alive learned Tuesday that the person driving the F-150 is also under investigation for possible DUI and could possibly face charges as well.