Residents said they can’t even cook or have a hot meal because of rats nesting in the stove. 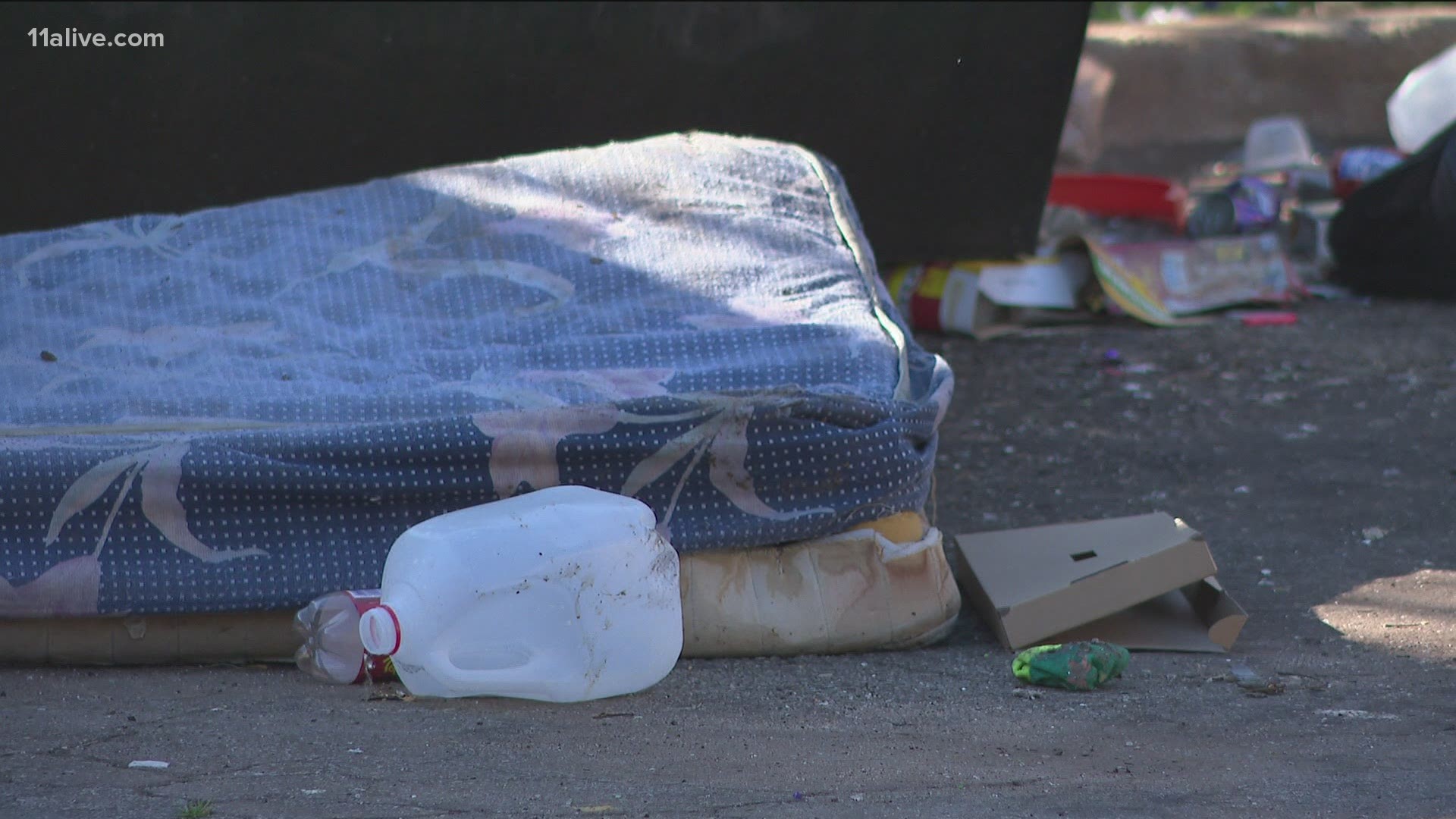 ATLANTA — People living in an Atlanta apartment complex told 11Alive they are tired of being ignored.

They said trash is piling up outside the Forest Cove Apartments, while units fall apart inside - all as rats and roaches take over.

"It’s deplorable, like, it’s horrible," Laresha Shaw, a resident of the complex, described. "Nobody should have to live like this. And it’s just getting worser and worser."

Shaw said she has lived at the Forest Cove apartments in southwest Atlanta since March. She moved in with her kids, she said, with promises of renovations and upgrades to the apartment complex. Nearly a year later, she said that promise has been broken as conditions have deteriorated.

"We can’t even cook or have a hot meal, you know, because the rats are, you know, nesting in the stove," she described. "And when you turn on the stove, you smell the rat pee and the rat feces, and it’s unhealthy."

The filthy conditions, however, are not new to the complex. In 2018, Atlanta Police said they responded to 197 code enforcement violations at the apartments over four months. The violations ranged from interior and exterior structural damage, to junk, trash and debris. The number of violations became so high, the solicitor’s office is investigating.

"I feel like we not getting as much attention as we should, and people not caring because of the bad reputation that that neighborhood has," Shaw explained. "If it was anywhere else, I feel like it would have been a different story."

Shaw said the pandemic has set her back financially, and from finding a new affordable place to live. Yet, she said she thinks the apartment should be shut down - even if it means she and her kids would end up homeless.

"It’s sad when a person would rather be homeless on the street, or staying in a shelter, than to be living in something like that, and I feel like that’s going to be my next step for me and my kids," she said.

11Alive found that the complex is Section 8, project-based housing. It's owned by Global ministries and managed by Ohio-based, The Millennia Company.

Late last week, Shaw and other tenants wrote a demand letter to the management company, local leaders and Georgia senators. So far, they have not heard back.

Atlanta City Council Member Carla Smith, who represents the district, said she is aware of the long issues with the complex, and has taken them to housing code court many times. But, the property is out of the purview of the mayor and city council.

In a statement to 11Alive, The Millennia Company replied with the following:

Regarding the development of the Forest Cove community, The Millennia Companies® (Millennia) is working to purchase and substantially rehabilitate the apartment community. The rehabilitation will bring the apartments up to modern standards and preserve 396 units of affordable housing for years to come – every unit will remain subsidized and continue to serve families with lower incomes. This process to acquire the apartment development and close on the preservation financing is moving forward; when the purchase is final, the resident relocation process can begin.

The rehabilitation plan includes significant upgrades to the interiors and exteriors of the buildings. Community centers are planned to accommodate resident services and events. Improvements to the playground, landscaping and security features are also included in the scope of work. Once construction progresses, residents will start returning to newly renovated apartments that are structurally sound and fully restored with new kitchens, bathrooms, flooring and appliances, among other upgrades. Renderings are attached for reference.

In addition to the acquisition and development plans, Millennia has received questions about issues such as trash management. As it relates to the grounds, since Millennia started to manage the apartment development in 2018, the management of trash has been an issue. There are eight waste dumpsters designated for trash, and the proper disposal of trash is recommended. A primary waste management vendor consistently empties the dumpsters four times a week on a regular basis. More broadly, Millennia acknowledges that Forest Cove needs a comprehensive rehabilitation and is committed to preserving this much needed affordable housing.

For more information on what your rights are as a tenant, go to GeorgiaLegalAid.org.