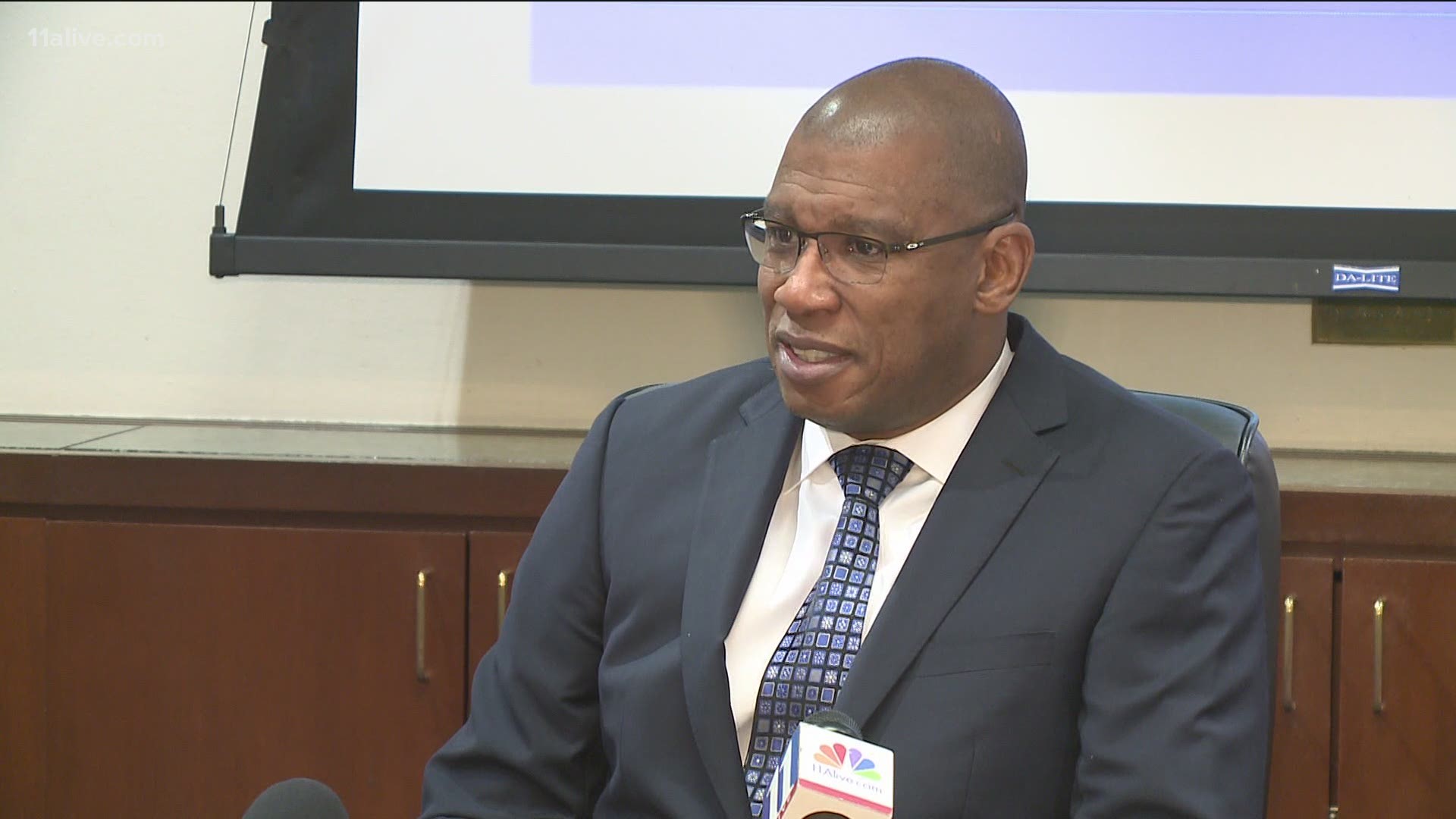 ATLANTA — Jim Beard, the former chief financial officer for the City of Atlanta, has been indicted by the federal government under charges that include wire fraud, possessing a machine gun and more.

The U.S. Attorney’s Office for the Northern District of Georgia made the announcement Wednesday. It said the eight-count indictment includes charges of "wire fraud, theft from the government, possession of machine guns, making a false statement, and obstructing federal tax laws."

Beard served roughly six and a half years as the city's CFO under Mayor Kasim Reed.

Federal prosecutors allege for much of that team, Beard "devised and executed a scheme to defraud to obtain money and property from the City of Atlanta for private use, including using City of Atlanta funds."

They accuse him of defrauding the city out of tens of thousands of dollars by using those funds in a range of inappropriate ways, including:

Last summer, Beard's attorney Scott Grubman told 11Alive his client was unaware of any wrongdoing by anyone at the City of Atlanta during his tenure as CFO.

"After over a year of overturning every rock and sorting through every haystack, the government has been unable to uncover one single piece of evidence against Mr. Beard," Grubman said in a statement issued to 11Alive in June 2019.

In a release Wednesday, the U.S. Attorney's Office alleged a number of specific instances of fraud. Those include using his City of Atlanta credit card to pay $3,800 for hotel rooms in Chicago when his stepdaughter went to the Lollapalooza Music Festival in 2015 and 2016 and a personal stay for him and his wife at the St. Regis Hotel in Atlanta costing more than $1,350.

Prosecutors also allege he kept thousands of dollars for himself in travel reimbursements that should have gone back to the city.

In one bizarre instance, the U.S. Attorney's Office said Beard "ordered two custom-built machine guns that he caused to be delivered to Atlanta City Hall, after which Beard illegally took possession of the machine guns for his personal use – even though it was illegal for the machine guns to be possessed by anyone other than law enforcement and military personnel."

Beard resigned when Keisha Lance Bottoms took over as Mayor in early 2018. When Bottoms took office, she requested all of her cabinet members resign and reapply for their positions. While Beard was not hired back, he was allowed to continue drawing his $274,000 salary while attending a six week taxpayer funded training class at Harvard University.

The Atlanta Ethics Board has also investigated Beard for questionable purchases made on his City of Atlanta credit card.

He was embroiled in a scandal regarding bonuses Mayor Reed gave his staff before he left office, as well. An Atlanta ethics report found Beard “abused his position to authorize a bonus payment for himself.”