She and her husband are charged in the death of the 2-year-old. 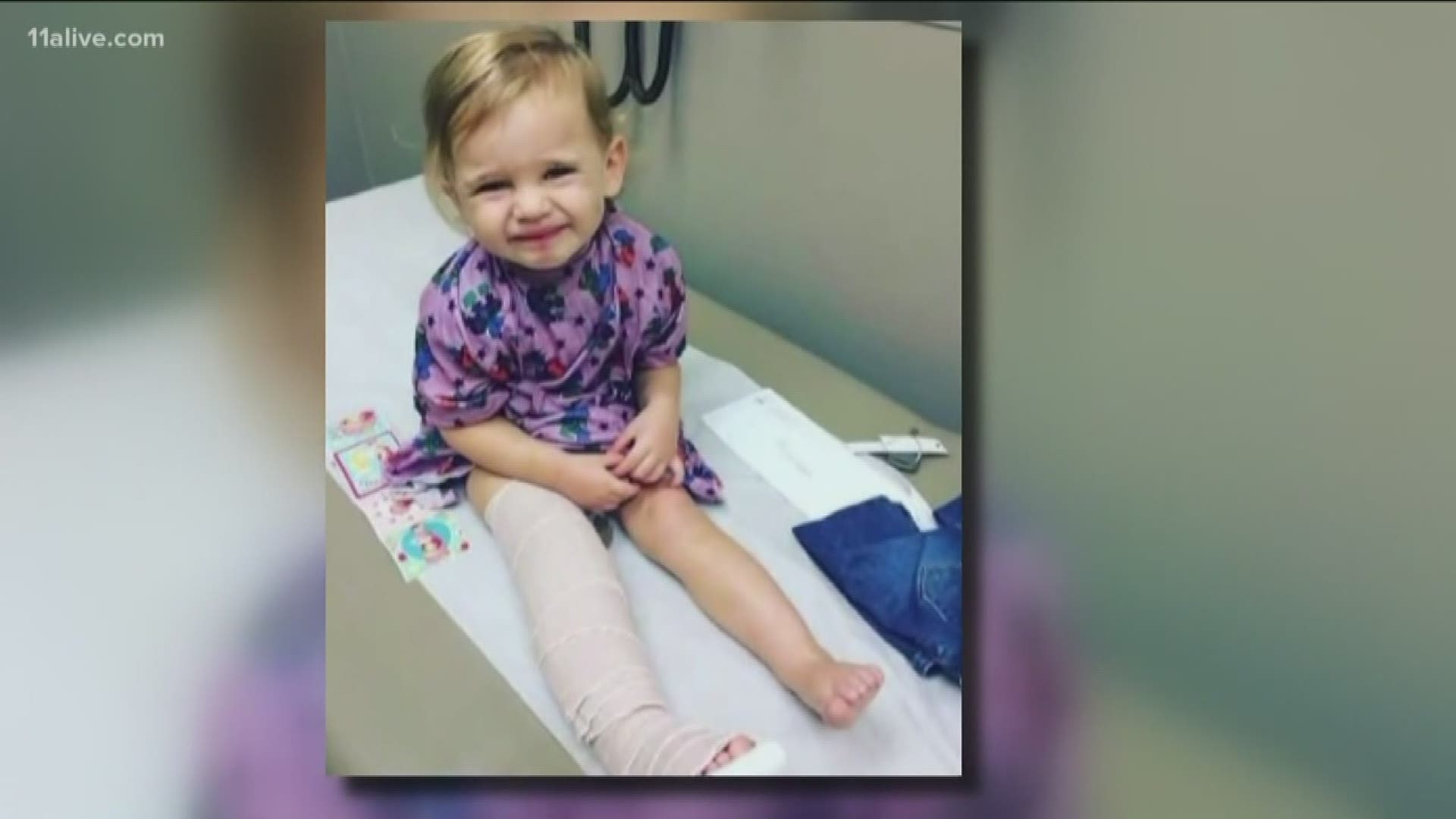 MCDONOUGH, Ga. — The foster mother charged in the death of a 2-year-old child broke down in court while listening to the recording of a 911 operator from the night the little girl died.

The Rosenbaums say Laila died after she choked on a piece of chicken in their home on November 17, 2015.

Prosecutors say the girl died from abuse at the hands of the Rosenbaums, her foster parents. Doctors say Laila had extensive injuries when she died including a transected pancreas, internal bleeding, and bruises on her arms, legs, torso and head.

On Wednesday, the court heard the 911 dispatcher talking Jennifer Rosenbaum through approximately 10 minutes of life-saving actions.

In the recording, Rosenbaum is heard meticulously counting out chest compressions and breaths, as directed by the 911 dispatcher. She repeatedly told the dispatcher she was unsure if she was doing it right and she got emotional several times while speaking with the 911 dispatcher.

The emergency services worker who first responded to the Rosenbaums house said he found Jennifer Rosenbaum giving CPR to Laila. He said the toddler had no pulse and was not breathing.

Gibson said he found no food in the toddler’s throat but saw bruising on her back, the back of her neck and her pelvis. He also noticed her arm had a slight curve in it and wondered if it was broken.

When asked by prosecutors if he'd ever seen those types of injuries on a person as a result of CPR, Gibson replied  "No."

Samantha White, the Department of Family and Child Services case manager for Laila Daniel and her older sister Millie, acknowledged Wednesday she did not follow full procedure when she visited the girls about three weeks before Laila's death in 2015.

White was on the stand Wednesday morning.

White testified she was case manager for a minimum of 7 to 10 children at a time. She was assigned to Laila and her older sister, Millie, from the spring of 2015 until Laila’s death. White explained she was required to do monthly in-home checks of the children and foster families.

DFCS has a set of rules case managers are required to follow during those home visits. They include, but are not limited to:

DFCS requirements for home visits of children, according to case manager

White testified she performed all these tasks during her monthly visits with Laila and Millie, except for her final visit on Nov. 2, 2015 about three weeks before Laila’s death.

White said Laila was sleeping when she arrived on Nov. 2, 2015. According to White, Jennifer Rosenbaum said Laila was teething and having trouble sleeping so she didn’t want to wake the girl. White looked at her in bed and saw no signs of abuse or neglect and decided to let the girl continue sleeping.

Daysha Young, prosecutor: Did you undress her (Laila) at all after being told she had trouble sleeping due to her teeth coming in?

Samantha White, Laila’s case worker: No I did not.

Young: So would you be able to tell whether or not she had any injuries or bruises on her?

Young: When you saw her was she clothed?

During this visit, White said she saw a small mark on Millie’s eye. Jennifer Rosenbaum told White that Millie fell in the tub.

White said she saw no signs of abuse during previous visits to the Rosenbaums. She testified Jennifer Rosenbaum routinely kept in contact with her, shared photos of the girls and, on occasion, would drop by the DFCS office with the girls.

White said the girls seemed happy to be living at the Rosenbaums and would show affection to Jennifer Rosenbaum. Upon cross examination, she said Millie stated, “She liked Mrs. Rosenbaum and that Mrs. Rosenbaum was nice to her.”

White testified she was aware Laila broke her leg in October. She said Jennifer told her the toddler hurt her leg at gymnastics.

White said she spoke with the first doctor who treated the girl and was satisfied the injury was not the result of abuse. However, the second doctor that treated Laila’s broken leg testified yesterday that he was suspicious of abuse and notified a child protective service worker at Children’s Hospital of Atlanta.

White recalled the day Laila died. She was called by a doctor at the hospital to come down because the toddler had been rushed to the hospital.

She was then contacted by Jennifer Rosenbaum.

“She (Jennifer) said Laila had been choking… had stopped breathing,” White told the court. “She couldn’t dislodge what was in her throat and she called the ambulance.”

“I honestly just remember her crying and she seemed to just be in shock,” testified White. “She didn’t say anything about it and was crying the majority of the time.”

White said she then decided to check Millie for any injuries.

“At that point, I check Millie from head to toe and she had a small bruise on her hip.”

Prosecutors showed pictures of dark bruises and injuries on Millie’s elbow and hip, which were taken shortly after her sister died. White said she asked Millie how she got the bruises and the 4-year-old said she fell at gymnastics.

Shortly thereafter, media began to arrive at the hospital and White was instructed by her supervisor to leave.

Upon cross-examination, White testified she never saw anything on Laila or Millie that seemed like abuse.

Millie testified last week she and her sister received spanking with hands and belts from the Rosenbaums if they misbehaved. DFCS has strict guidelines of no corporal punishment in foster families.

White is one of the defendants in a civil suit filed by Laila Daniel's parents. Georgia's Department of Human Services, which oversees DFCS, is also a defendant in that suit.

During opening statements, the Rosenbaums' attorney said the injuries found on Laila came when Jennifer Rosenbaum tried to give the girl CPR and hit her on the back to dislodge food when she was choking.

The couple is facing 49 charges including murder and assault.