They met for the first time in a barbershop -- and when they realized they all could sing, they came together to make magic. 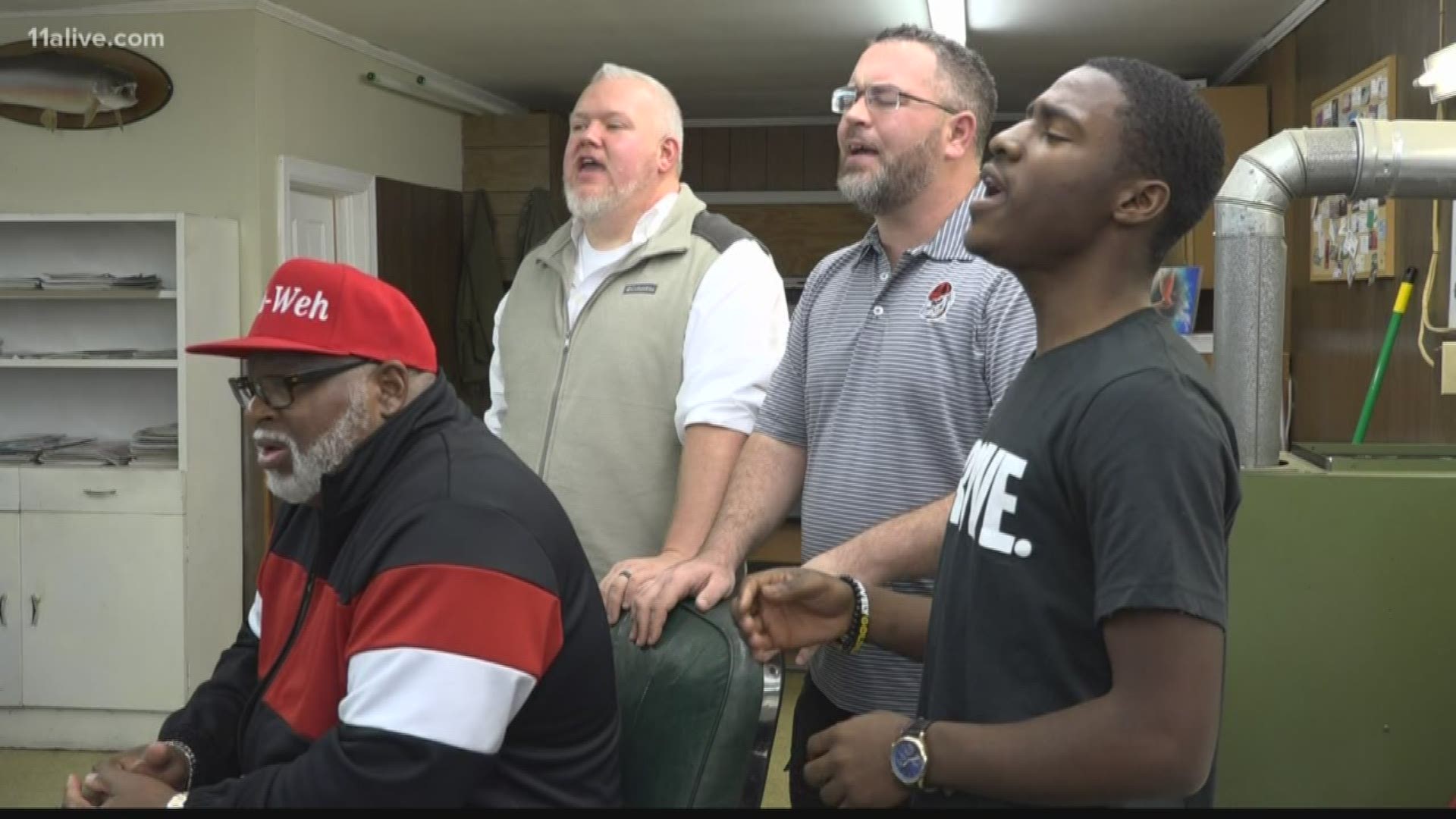 ATLANTA — Getting a sound like this can take years -- practice and dedication to getting it just right.

But for these four men, it happened automatically -- without rehearsal or coordination.

They are a true barbershop quartet, in that they met at Gary's Barber Shop in Canton.

Joey was cutting Dwayne's hair when he heard him humming.

And two other customers told him they did, too. So, right there, they decided to come together and sing as a group.

Once he realized that all four of them could sing, Joey said, "Hey guys, let's sing a song -- and they all kind of giggled, but I said, let's sing something."

"From that point on it was just magic," said Bobby Dwayne Robinson.

"Just a divine connection, that's the only way to explain it," said Michael Ingram.

"First, it had a couple 'thousand views (online), then, I wake up the next day and it has 50,000 and then the next day it has a million! It's just crazy the way that it all went down," said Turner.

"This day in age, with all the negativity going on in the world, I just like the content, it's so positive. And looking at the video, you see different colors, different ages, different backgrounds," he continued.

"I want people to be transformed and changed by the love that they see," said Inghram.

"I hope I get to be an encouragement to people, be more than just a barber. I hope to be a light in your community is what I'd like to think," said Turner.

"Overwhelming, and it still amazes me, but I'm very grateful that we have the opportunity to reach millions of people from all over and be able to encourage people," said Keith.

"These are my new brothers. I really care about them, I love them. They're my fellas," said Robinson.

They've started a YouTube channel called UnLikely 4 -- and their first video already has more than 15,000 viewers.

They've also been invited to perform at churches across the country, but for now, they said they're sticking to the barbershop.

After surviving a toxic relationship, she couldn't talk... but she could sing

Calling all crafters! Here's how you can help wildlife affected by the Australia wildfires