He was with his friend searching for a pet hamster in the garage when tragedy struck. 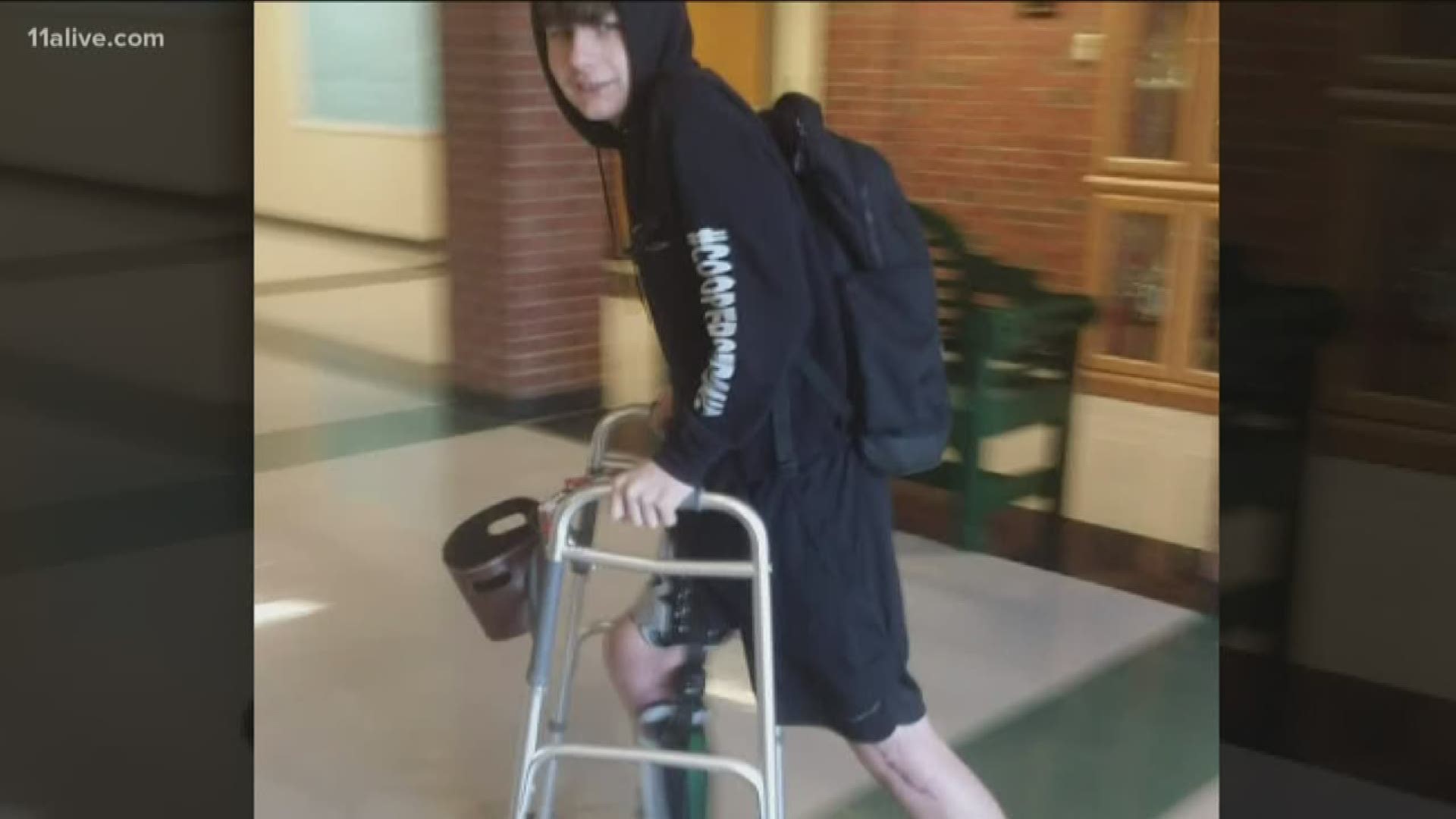 COVINGTON, Ga. — Nearly a year ago, Lucas McWilliams lost his best friend, Braden Stevenson, when a truck plowed into a closed garage door where the two 12-year-old boys were looking for Braden's lost hamster.

Lucas' right leg was crushed. A plate was inserted from his hip to his knee with a halo holding his tibia and femur together. Lucas' grandmother, Bonita, said her grandson has had a dozen surgeries, and the road to recovery is far from over.

Lucas said he was able to hide under the car when he heard it coming toward him.

"All I hear is this really big screech as I'm coming out, I slid myself up under the car as fast as I could," McWilliams told 11Alive's Elwyn Lopez. "His tires spun, when he went through the living room, and it split my leg open."

The now-13-year-old recalled Braden -- his best friend since before kindergarten -- being killed while on the phone with his father.

"All I remember was hearing his dad scream, 'Braden!' and then I'm pretty sure I blacked out," he said.

Eventually, Lucas went from being in a wheelchair to crutches. He still has another surgery ahead of him for his knee and will continue physical therapy.

"He never cried, he never broke into tears, he just took it in stride every day. I have never seen anybody that strong," his grandmother said.

More than eight months after the accident, Lucas went back to school to start 7th grade last August.

The truck driver, Karlrio Kelsey, was indicted for driving under the influence and vehicular homicide. Kelsey will have a plea hearing on October 14.