A 35-year-old mother of six was working last night when she was caught in a crossfire. 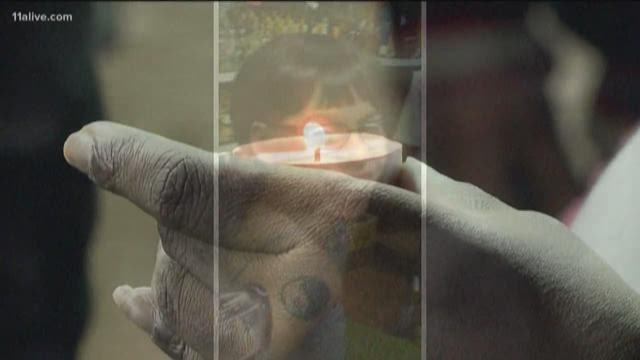 Family and friends are remembering a mother of six young children who was killed during a botched robbery at a liquor store in College Park Friday night.

Three people, including the suspect, the store owner and a store employee were killed during the shootout at Old National Liquor store in Fulton County.

On Saturday, dozens of people stopped by the store to sign messages, drop off flowers or cards, in a makeshift memorial set up outside for Mashona Roberts, who was called Mi-Mi by her friends and customers.

At some point in time, police say the store owner Tea Mo pulled out a gun and the two men fired at each other. Roberts, a working mother trying to make money for her six kids right before Christmas,

was caught in the cross fire.

"She got six kids that are gonna be without a mama now," said Karma Hill. "It's a sad situation all around."

"It's so sad that she won't be with her kids on Christmas day," said Rochelle Osborne.

A GoFundMe account has been established to help the family with funeral expenses. Click here for information on how to donate.

The suspect, age 19, appears to have been acting alone in this case. Police believe he was from south Georgia, more than 200 miles away, and they're unclear what bought him to this area.