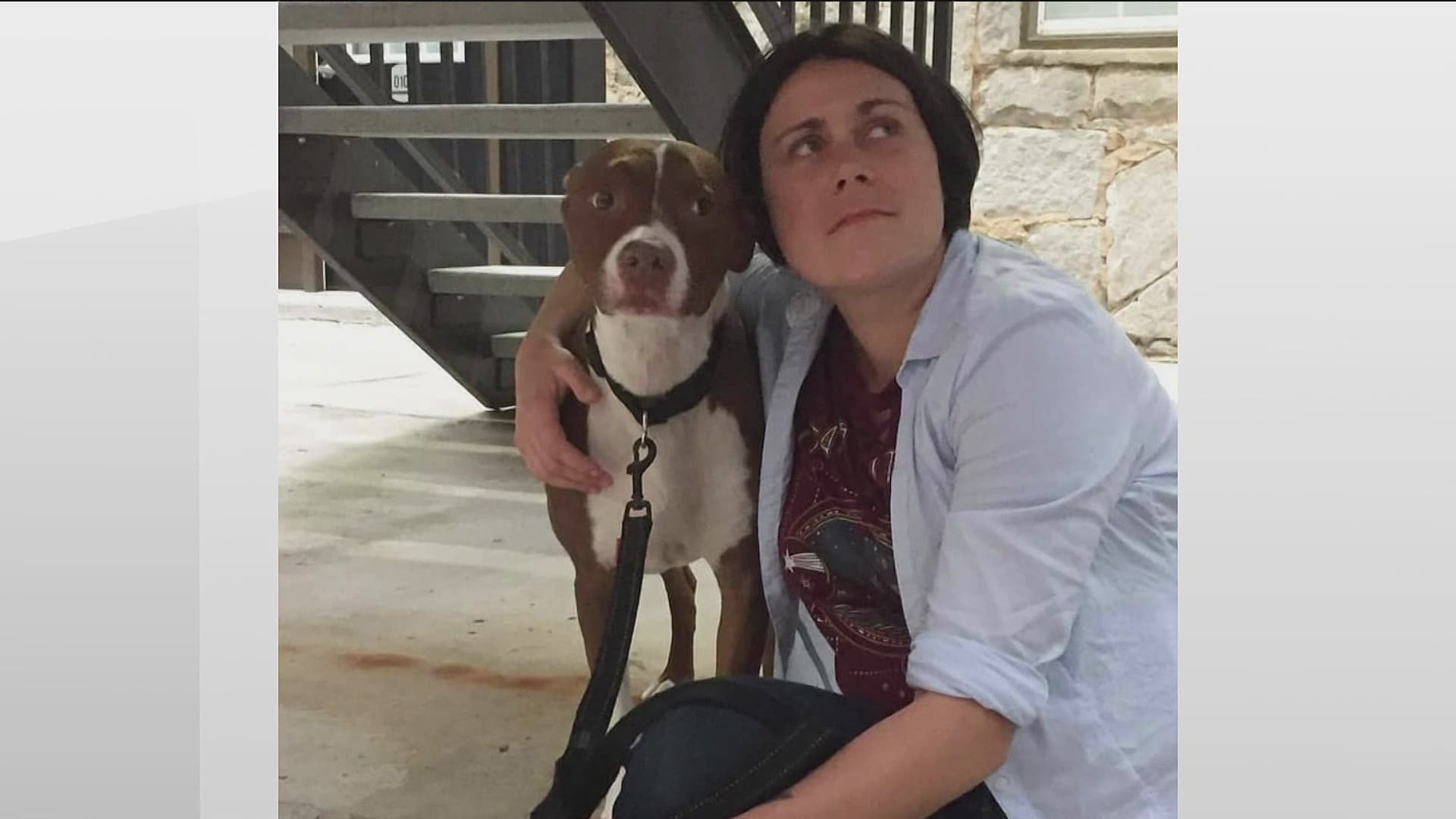 ATLANTA — A group who knew Katie Janness gathered around the bar inside Campagnolo, where she worked part-time as a bartender. None of them wanted to go on camera, but told 11Alive she was kind, intelligent and an artist who created her own music.

Chip Powell worked with Katie for eight years at the Whole World Improv Theater in Midtown. She was the bar manager.

"Katie was the most down to earth, beautiful spirit that you would ever meet," said Powell. "So many people in the community knew and love her.".

Janness, 40, was found stabbed to death with her dog in Piedmont Park early Wednesday morning.

RELATED: What we know about the Piedmont Park stabbing of a woman and her dog

Her girlfriend said she had come by her restaurant, Henry’s, to say hi while walking their dog, Bowie.

APD says a camera near 10th and Piedmont captured her last moments as they walked across the Rainbow Crosswalk.

It was the opposite direction of her home.

When she didn’t come home, her girlfriend got worried and found her through the find my iPhone app.

"Out of all the people in the world that you would never expect something like this to happen to, Katie was the one. It’s unbelievable," said Powell.

Over text message, Katie’s girlfriend Emma Clark told 11Alive she is just trying to get through the day.

She had planned to spend the rest of her life with Katie - someone who was always teaching her new things and was the best dog mom.

Which makes her death with her dog that much more devastating - not knowing if in those final moments she was protecting him, or him her.