The board wrote that they don't want him to come to Atlanta. 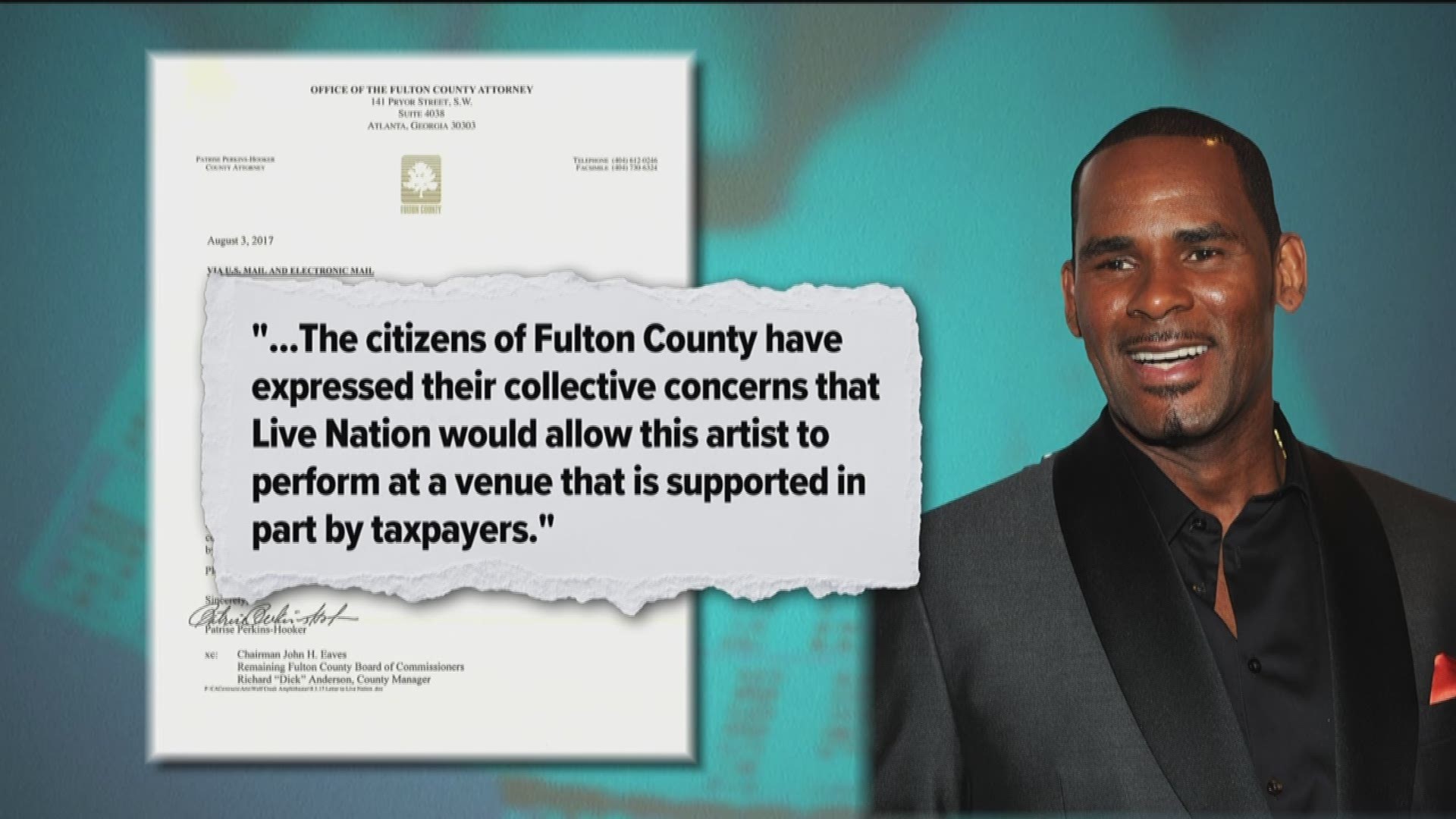 ATLANTA -- Controversy is growing over an upcoming R. Kelly concert set for a local music venue.

He's set to perform at the Wolf Creek Amphitheater on Aug. 25, but after public outcry, the Fulton County Board of Commissioners is getting involved. And as 11Alive's Christie Ethridge found out, they're taking a hard stance.

In a letter to music production company Live Nation, the board wrote that they don't want him to come to Atlanta and asked for them to cancel the concert.

The singer, who's embroiled in allegations that he's holding girls hostage in his Johns Creek home, has already canceled three shows leading up to the Atlanta appearance -- New Orleans, Baton Rouge and Dallas.

So far, those accusations appear to be baseless because the girls are of-age and many have come out saying they want to be there. R. Kelly has not been charged with any crime.

As for the concert, Live Nation said it has no plans to cancel it.

Since the amphitheater is a tax-payer funded venue, they legally cant prevent him from coming because of a contract with Live Nation allowing them to book acts there. All they can do is ask, but the company has to be the one to make the decision.

11Alive spoke to Chairman John Eaves, who said the commissioners are considering a morality contract for times like these. But he conceded that it was a slippery slope.

"There's a fine line in terms of artistic expression," he said. "What we are doing with R. Kelly, there are some other artists who may or may not have been, sort of, in the same area in terms of mistreatment of women. So, where do you draw the line?"

On the other side of the argument, many are saying: If you don't support the singer, you could always not buy a ticket. And that seems to be the case. While tickets are selling, there are still plenty of seats left.