The DA is asking police chiefs to charge suspects under the state's street gang terrorism and prevention, when supported by evidence. 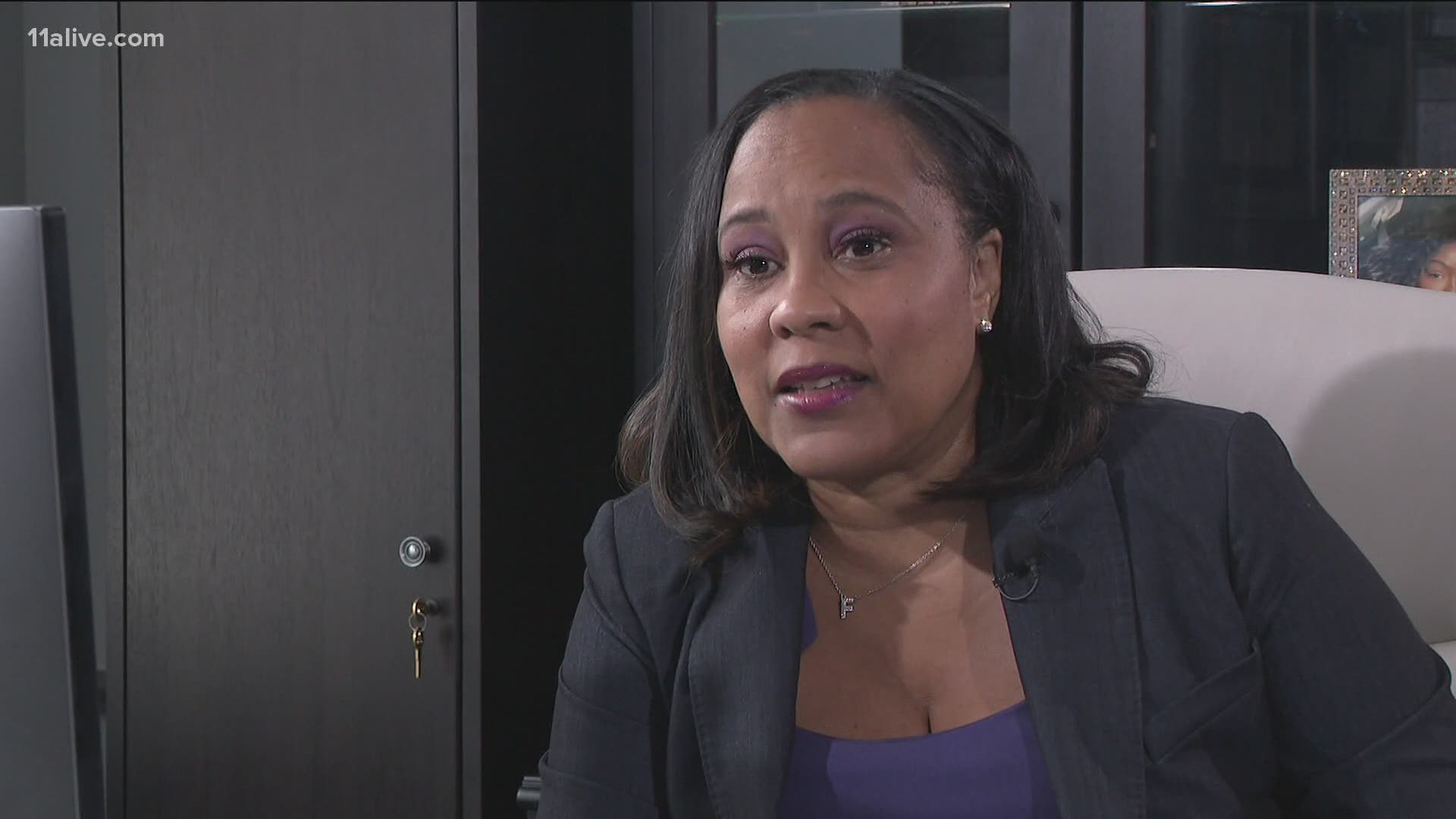 FULTON COUNTY, Ga. — To address the spike in violent crime around Fulton County, the county's district attorney is asking for help inside and outside of the courtroom.

As D.A. Fani Willis focuses on violent crime there are two issues she is facing.

First, a massive backlog of court cases needs to be prosecuted as courtrooms reopen.

Willis told Fulton County Commissioners during a board meeting Wednesday that after extensions were issued in response to the COVID-19 pandemic, if her office is unable to investigate and indict certain cases by a September 13 deadline up to 1,433 defendants charged with violent crimes could be released.

Commissioners took no action on Wednesday, but Willis requested millions of dollars to handle the current backlog.

She said the backlog is the result of three factors. The management of her office under the previous district attorney, the COVID-19 pandemic closing courtrooms and certain crimes recently being on the rise.

Willis asked for more than $7 million dollars to allow her office to hire more staff to handle the backlog and get through 2021.

She let commissioners know she is also requesting even more funds for staffing and operational expenses beyond 2021.

Commissioner Khadijah Abdur-Rahman spoke with news reporters before Willis addressed the board during its meeting Wednesday.

Abdur-Rahman said she supports Willis' requests for funding and believes the district attorney has needed the increased funding for some time. She wants the funding approved before the backlog leads to certain inmates being released from the Fulton County jail.

"She needs the funding to be able to handle that backlog of dangerous individuals, who if we don't hurry up and move they will be eligible for bonds," Abdur-Rahman said.

The second issue Willis appears to be facing when addressing violent crime is gang activity.

Earlier this week, Willis wrote a letter to the Atlanta Police Department Chief Rodney Bryant along with every other police chief in Fulton County.

In her letter, she claimed that 70 to 90 percent of violent crime is gang-related and she cited GBI data to support the claim.

The link between gang activity and violent crime is the reason Willis in her letter asked police chiefs around the county to prioritize charging suspects under the state's street gang terrorism and prevention act when such charges are supported by evidence.

RELATED: Fulton DA 'sickened' by violence in Atlanta, says much of it tracks back to gangs

Such charges can add five to 15 years to a criminal's sentence. Willis in her letter offered training to police departments on gathering evidence and building such cases.

In her letter to police chiefs, Willis said a similar coordinated anti-gang effort in New York City led to a lasting decrease in gun violence.

She is hopeful a similar impact can be made in Fulton County.