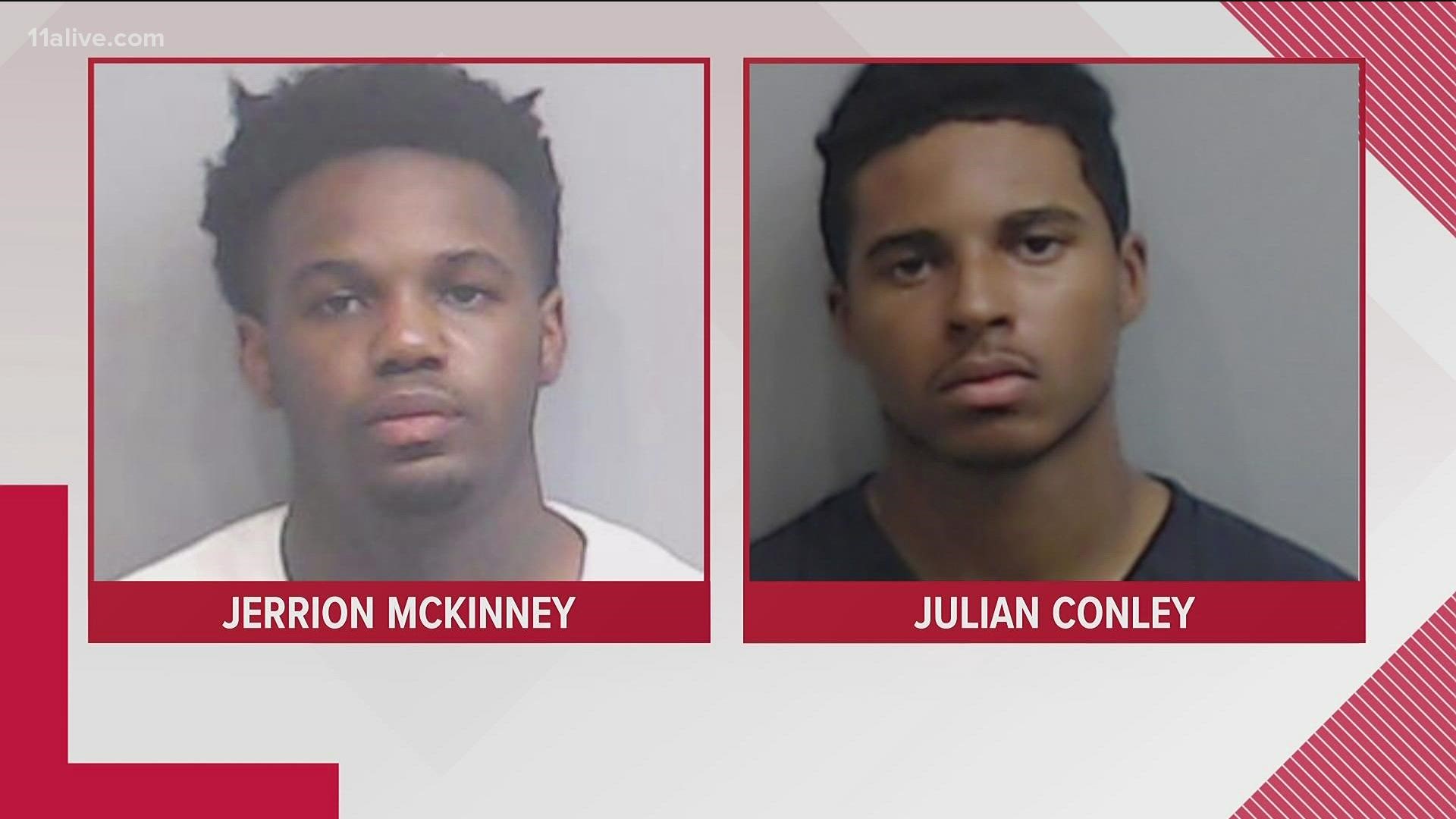 ATLANTA — Fulton County District Attorney Fani Willis said their office has received an indictment back from a grand jury in the case of the death of Secoriea Turner.

“We’re brought here for one of the saddest cases I’ve seen,” Willis said.

Turner was killed when police say a group of people blocked University Avenue at Pryor Road and fired shots into the car she was riding in with her mother. The incident happened near the Wendy's Restaurant where Rayshard Brooks was killed by an Atlanta Police officer three weeks earlier.

Willis alleges Conley fired the gun into the car while barricading the road as part of the Bloods gang activities.

Willis said 37 counts were returned against Conley and McKinney after the district attorney’s office presented the indictment to the grand jury, some charges against both defendants and some against each person individually.

The charges, Willis said, are for violating the Georgia Street Gang and Terrorism Prevention Act by criminally associating with the Blood gang in three ways – by participating in the gang with violent crimes, committing violent and gun crimes with the intention of maintaining and increasing status with the gang, and encouraging each other to participate in the Bloods.

“The allegation in the indictment is that as participants in the Bloods, the defendants committed the alleged crimes while manning this roadblock on Pryor Road,” Willis said.

Willis said Rayshard Brooks was a member of the Bloods, and the gang illegally seized the street in front of the Wendy's in protest.

But, Willis said, what happened on July 4 was no protest, it was gang violence.

“Their motive was that a member of their gang had been killed," Willis said. "And it was outrage to the loss of that life.”

Willis said the maximum sentence facing Conley is life in prison plus 580 years, and the max penalty McKinney faces is 290 years.

“The way that this office chose to charge this crime is to be very conservative,” Willis said.

Julian Conley turned himself in about a week after the shooting. He was a teen at the time and was charged with murder in Turner's death.

Jerrion McKinney was arrested Aug. 4 and is being charged as a party to the crime in the alleged shooting by Conley. McKinney is accused of manning the illegal barricade the night she was shot and then chasing the car she was riding in after the gunfire. McKinney faces felony murder, aggravated assault, and gang activity charges.

Willis said there are additional people involved in Turner’s death who are still out there. She said there is video of them, and authorities will be releasing it shortly.

"I’ve got video evidence of other people involved. What I need is them identified,” Willis said.

After Willis announced the indictments, Secoriea's parents pleaded for witnesses and tipsters to come forward.

“We are thankful that at least two of the men has been captured," Charmaine Turner, Secoriea's mother, said, "and pray and hope that more arrests are made.”

In June, attorneys announced a lawsuit against the City of Atlanta, local leaders, and Wendy's in the death of Secoriea, saying they would sue for $12 million because the city failed to keep the area safe in the wake of protests.