HCSO said the public is welcome at both ceremonies, space permitting. 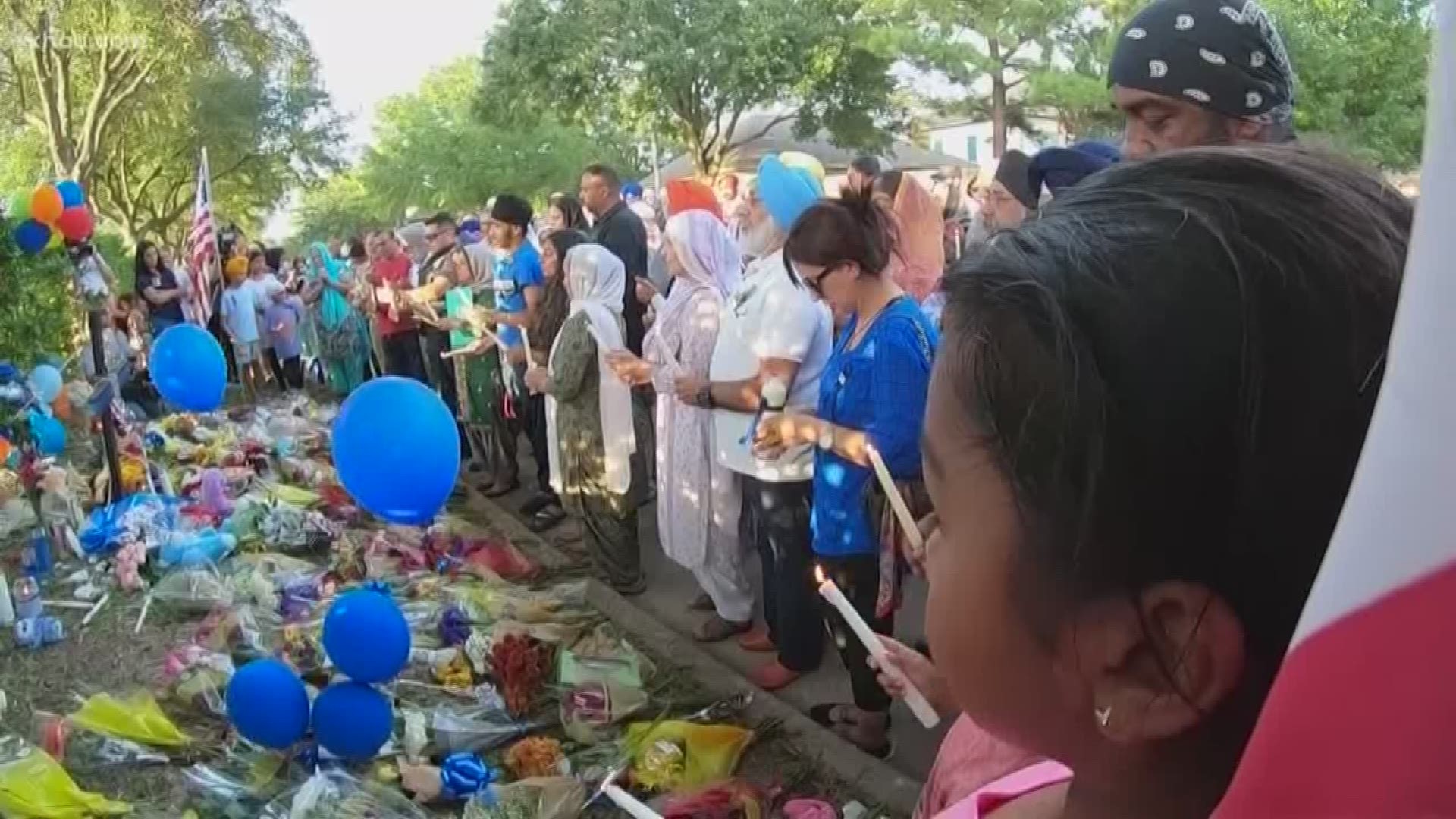 HCSO said the public is welcome at both ceremonies, space permitting.

Deputy Dhaliwal was conducting a traffic stop Friday afternoon in the 14800 block of Willancy Court near West Road in northwest Harris County when he was shot and killed from behind. He was taken by Life Flight to Memorial Hermann Hospital where he later died.

Robert Solis, 47, has been arrested and charged with capital murder in Deputy Dhaliwal's death.

Deputy Dhaliwal was a 10-year veteran of HCSO who leaves a wife and three children.

"We ask you to support the family because they’re devastated," Sheriff Gonzalez said. "We’re a family. We’ll pull together during this difficult time."

"Sandeep was a pillar of strength for the Sikh faith, community and our family. While we are completely heartbroken by the immense loss we feel, we find solace in knowing Sandeep will forever be in the hearts and memory of so many he touched. His Chardi Kala shined brightly before the world and we are so grateful for the public outpouring of support, prayers and positive messages we have received during this tragic time."

Sheriff Gonzalez said Deputy Dhaliwal was the first member of the Sikh community to become a Harris County Sheriff's deputy. He beamed with pride in 2015 when the department announced Deputy Dhaliwal could wear his turban and beard.