'Thank God there was nobody in there': Video shows water burst into Wentzville day care

The day care is raising money to get everything repaired and replaced. It is also using any extra funds to give to teachers 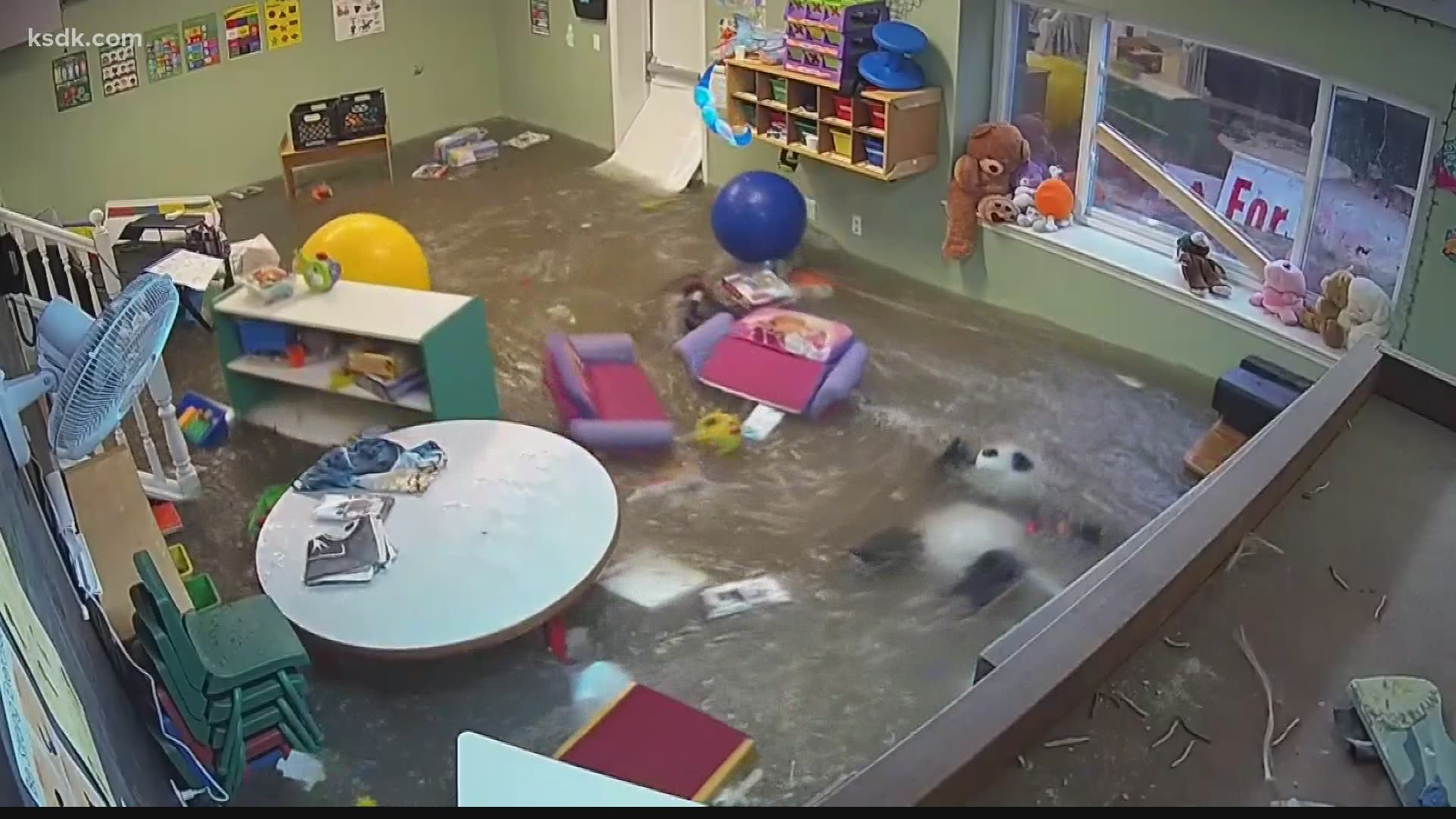 WENTZVILLE, Mo. — A day care in Wentzville was flooded after severe storms ripped through the area Thursday afternoon.

The flooding at Future Stars Academy was captured in a surveillance video, which the assistant director of the day care, Amelia Vann, posted to YouTube.

In the video, you can see rushing water burst through the bottom of the door and quickly begin filling the room while toys, tables and chairs begin to float.

The water backup was due to a plumbing issue on the outside of the day care, according to a GoFundMe post. The outside stairwell filled quickly with water and once the pressure got to be too much, the bottom of the door burst open.

But the good news, Vann said, is that the room has a sump pump.

“It could have been a lot worse,” she said. “Luckily, the particular room that it is in, there is a sump pump in that room because it is the lowest part of the building. So, after the rain stopped, it started slowly going and pumping it out. So, the damage wasn’t nearly as bad as what it could have been. But it’s still drastic.”

The room was empty at the time. Vann said the teachers quickly worked to get everyone to safety.

"We had a teacher that was in that room shortly before it happened. And where she was sitting, she wouldn’t have made it out," Vann said. "So that was the first thing I thought of was, thank God there was nobody in there."

She's especially proud of how her staff handled the situation.

"Absolutely, every one of them. Even while starting to panic themselves [they] manage to hold it together to keep the kids safe and calm. Our staff is great," she told 5 On Your Side.

According to the GoFundMe post, it will cost thousands of dollars to get everything repaired and replaced. Vann said they are also taking any extra money to help their teachers who are now out of work. 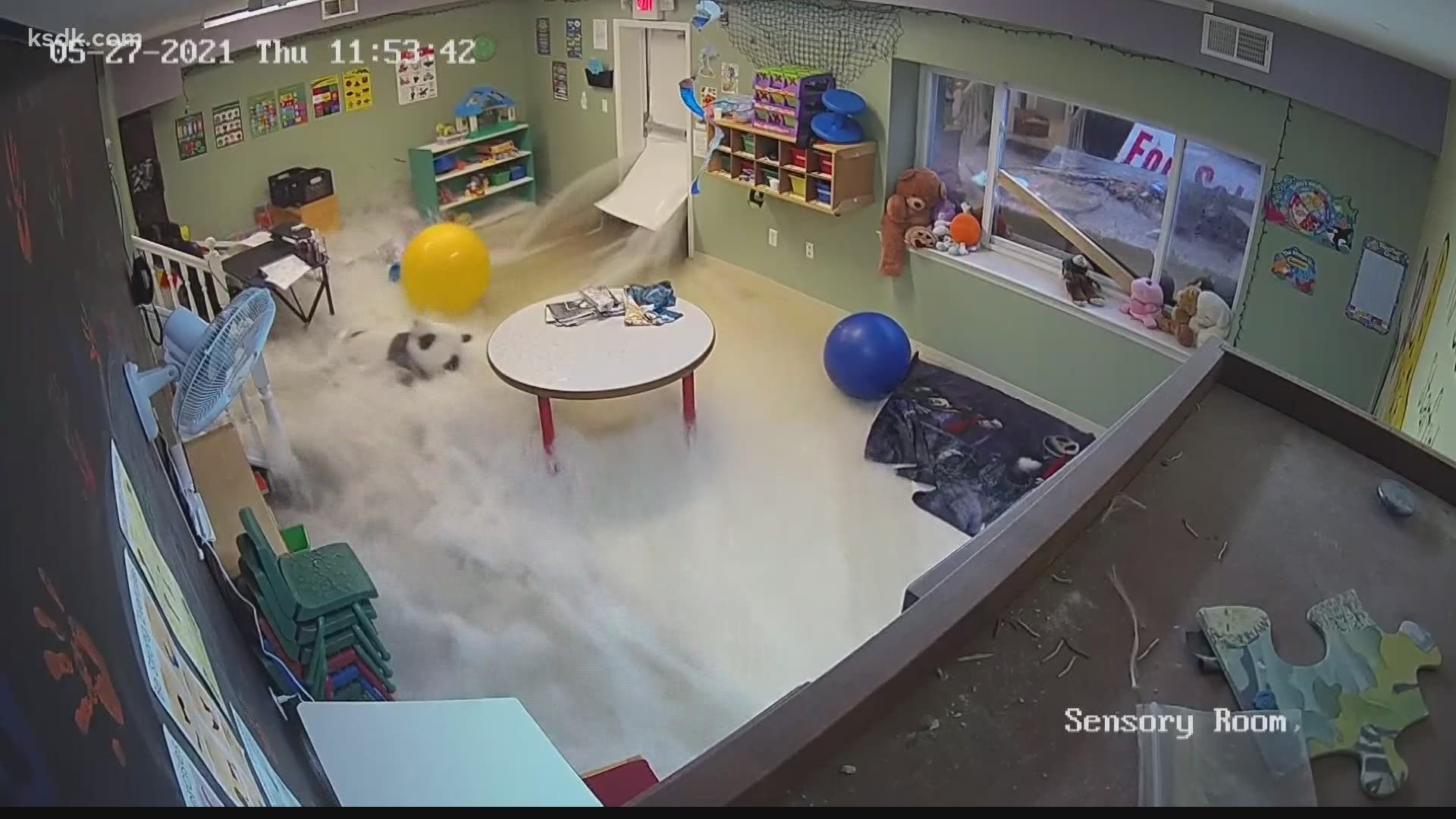