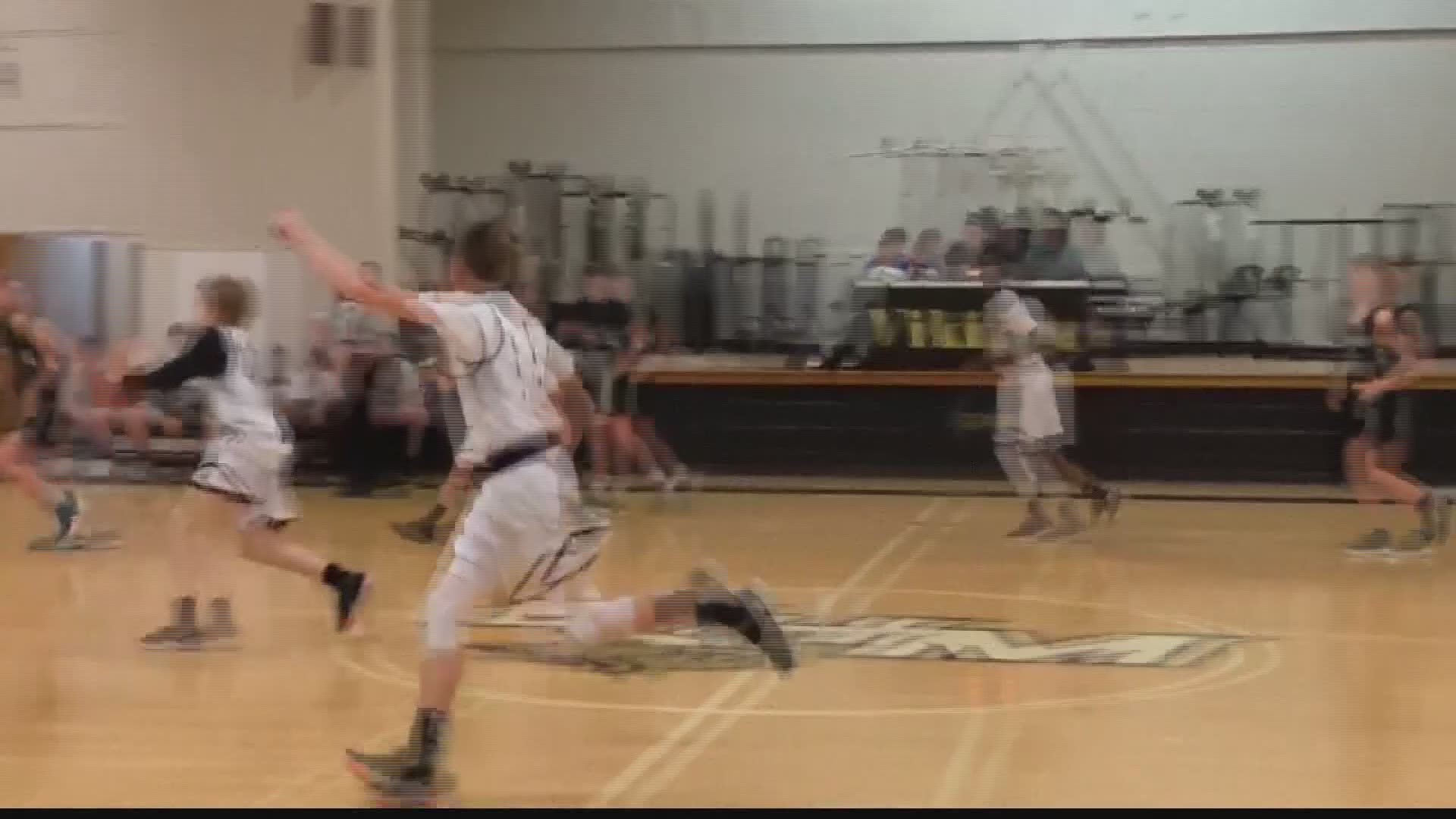 GAINESVILLE, Ga. — He said he hoped the moment taught the players about selflessness and serving others. The head basketball coach at East Hall Middle School, Trevor Bishop, kept the moment a surprise.

It was with 22-seconds left in Thursday's game. And it was a moment that Jayden Sweat will likely remember for the rest of his life.

Sweat, who has cerebral palsy, put on a uniform for the first time. It was his first time in a live basketball game and his first basket.

But, the coach hopes that his players will also remember it long after basketball is over.

Here's how it went down.

Bishop had the idea and approached the opposing team's coaches at North Hall Middle School. He told them that if the game got out of hand, he wanted to put the eighth grade team manager in the game. They were on board. It was the team's final home game. Bishop only told his assistant coach about the plan.

So with a minute or so left in the basketball game, he told his assistant to take Sweat to his office to put on a uniform.

"He was so amped. He had so much energy," Bishop said.

It was that moment, down by nearly 30 points, Bishop called a timeout.

It was Sweat's time to shine.

His first shot went over the basket.

It was North Hall's ball, but they quickly turned it over. On purpose. Because they wanted Sweat to have his moment.

His second shot, oh so close.

But it was the third shot that caused the crowd and both teams to erupt with excitement.

"The place went nuts. There was no better moment for Jayden."

Bishop said he wanted the players to know why it was important. He said Sweat has been a focal point of what life is all about.

"The selflessness, excitement and joy... for someone else... made my night," Bishop said.

Both teams -- not just Bishop's team -- celebrated at center court. It didn't matter who won or who lost. They wanted to celebrate Jayden Sweat.

"It was just cool that we put 22 seconds of basketball aside to fill a kid's dream," he added.

‘She feels like a mom’: This school secretary collects food to feed hungry students