21 years later, no arrests in Gainesville murder: ‘There’s a killer among us’

Elaine Nix was just 18 years old when she disappeared in September, 1999. After nine days, on September 29, her nude body was found. 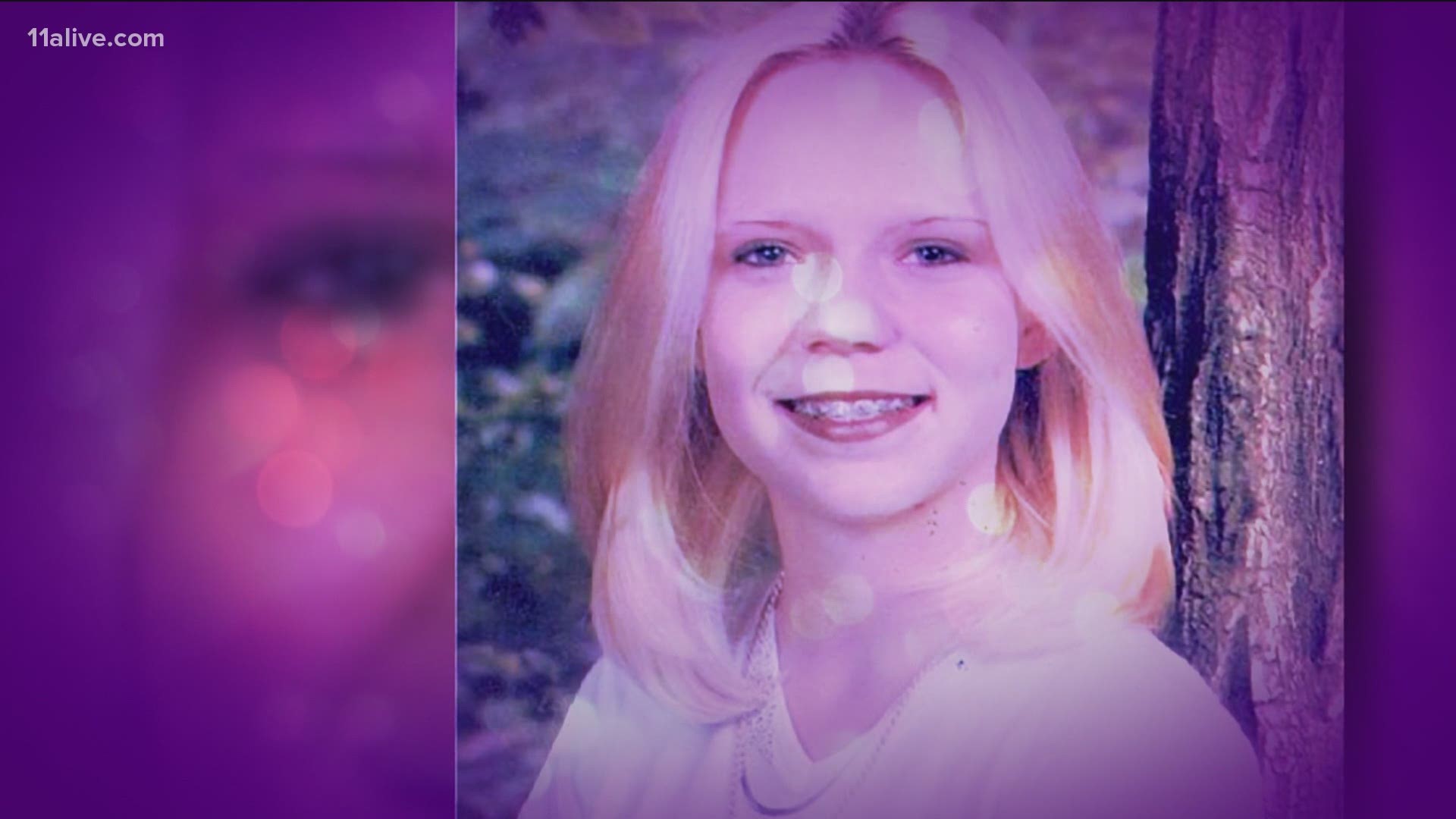 GAINESVILLE, Ga. — September 29 is the saddest night every year for all who keep Elaine Nix in their hearts.

“I love her,” said Elaine’s friend, Jennifer Boyd, “I miss her.”

Jacqueline Elaine Nix was 18 years old when her body was found on September 29, 1999, the victim of an unsolved homicide. And every September 29th, her family and friends reunite at her gravesite in Gainesville.

Together, in grief, they hope – hoping that police will finally be able to find out who killed Elaine.

It was on September 20, 1999, when Elaine Nix pulled over to use the payphone at Zack’s Food Rack convenience store on Candler Road in Hall County. She called her boyfriend.

Right after that call, Elaine vanished.

But her car was left behind in the parking lot.

Her key was in the ignition.

Her purse was in the back seat.

Nine days later, on September 29th, Elaine’s body was found about 17 miles away in some woods just over the county line, in the Buford area of Gwinnett County.

Her clothes were missing, but her jewelry was with her body.

The investigation is at a dead end.

PHOTOS | Cold case: Who killed Elaine Nix and why?

1 / 15
Elaine Nix's mother, Becky Nix, has kept all paperwork and missing persons flyers since 1999, when her 18-year-old daughter went missing and then was found naked and dead in the woods just off Interstate 85 in Gwinnett County. (Jessica Noll / WXIA)

“I just hope that whoever did it… can see her every year, every night, and know what they’ve done to us,” said Elaine’s mother, Becky Nix, surrounded by family and friends next to her grave.

11Alive asked Gwinnett County Police for an update on the investigation, and on Wednesday a department spokesperson responded that while there is no new information, the lead detective continues to work the case.

Elaine’s cousin, Stephanie Reese, fighting back tears Tuesday night at the cemetery, said she named her two daughters after her -- Jacqueline and Elaine.

Those who love Elaine speak of her as fun, happy, energetic, and eager to get her high school diploma and go on to become a nurse, to help people.

“She inspired me to be the woman I am now,” Boyd said. “I feel her with me daily. She is the one that pushes me to do better.”

“We want someone to be held accountable for taking her,” Reese said. “That’s what we pray for.”

And after they gathered around Elaine’s grave and prayed together, they released balloons--carrying messages to Elaine, along with prayers for justice--into the sky.