According to Zachary Brackett of Hall County Fire Services, firefighters headed back out to Foundation Food Group to make sure the building is safe to re-enter. 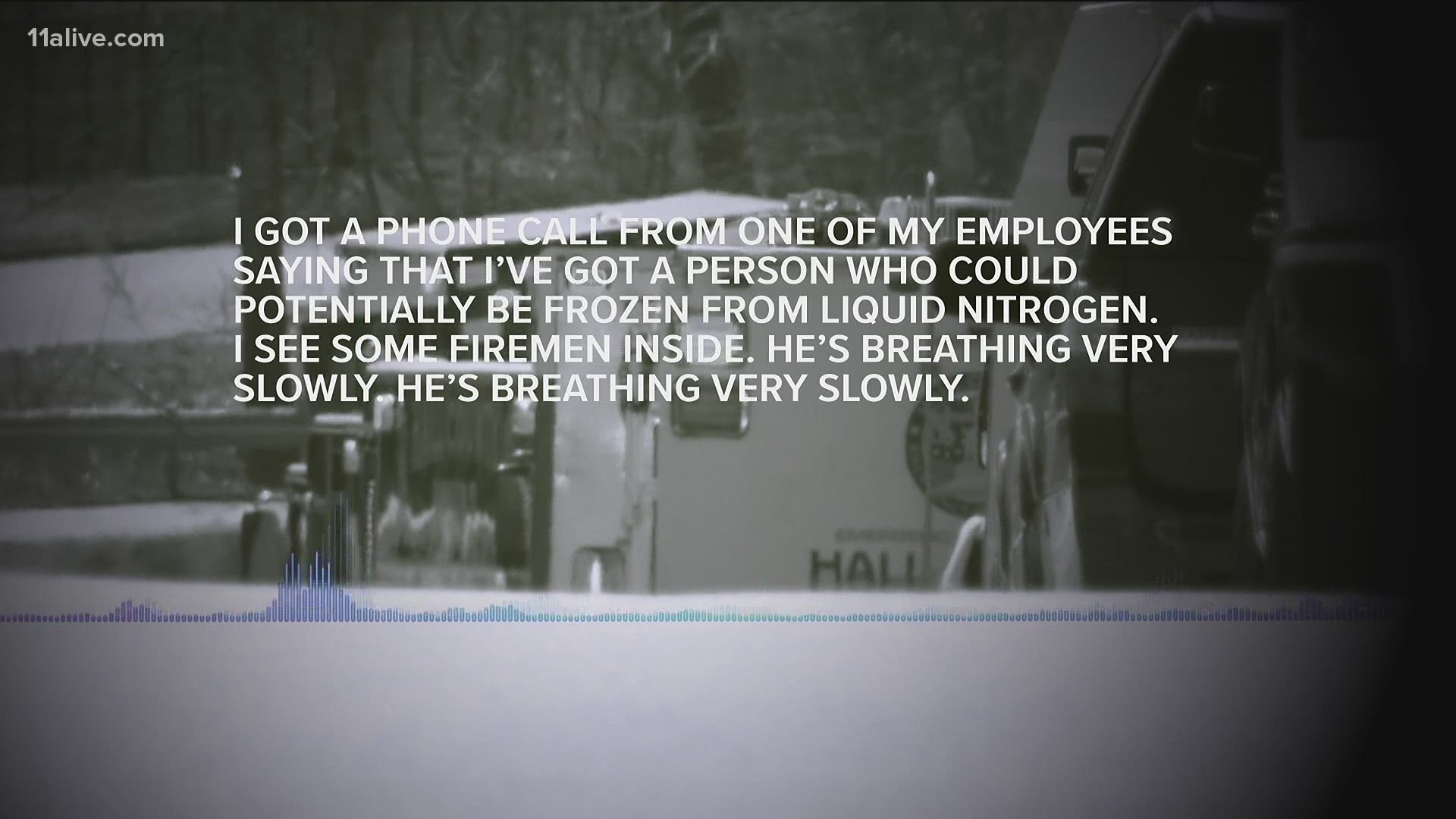 GAINESVILLE, Ga. — No abnormal readings were found during air monitoring on Friday at the Gainesville plaint where a liquid nitrogen leak claimed the lives of six people.

According to Zachary Brackett of Hall County Fire Services, firefighters headed back out to Foundation Food Group to make sure the building is safe to re-enter.

"Hall County Fire Services has completed its air monitoring of the facility and no abnormal readings were found, Brackett told 11Alive. "Our personnel are demobilizing and returning to service."

Brackett said they went room-by-room and conducted tests. They started in the room where they believe the leak happened and spread out from there.

"They want to make sure there aren't any ammonia leaks," he said.

The process took about an hour. "This is a large facility," Brackett explained.

He said investigators were looking for anything abnormal and to explore the state of things.

RELATED: How can liquid nitrogen result in death?

"It would be abnormal for us to find anything," he stated Friday. "It's more of a precautionary situation."

"Our personnel are demobilizing and returning to service. Facility personnel will be continuing to disengage equipment within the facility to facilitate the safety of investigators," Brackett described.

The names of the six people that died have been released. One firefighter stayed at the hospital overnight, but was released prior to lunch and is "doing well."

"Anytime we have someone that's injured it's an opportunity for us ... make improvements to the way we do things," he explained.

Brackett said the plant will remain closed at this time. He also said he can't speak to any criminal charges at this time and hasn't heard any speculation regarding that.