Rolfe said right after the 2015 incident that he was worried Fulton County District Attorney Paul Howard would charge him. 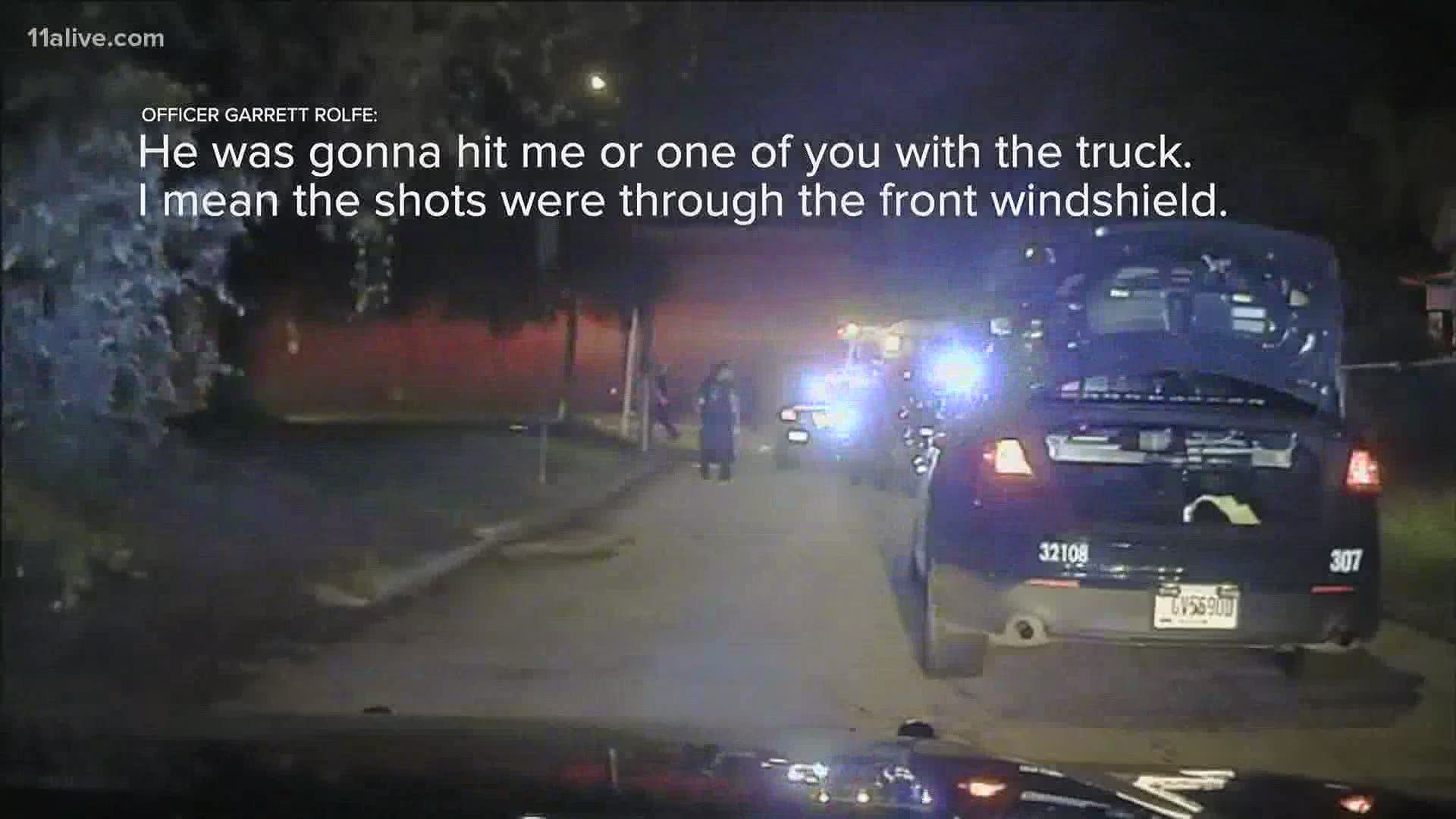 Rolfe facing charges in the Rayshard Brooks deadly shooting that happened on University Avenue in a Wendy's parking lot on June 12.

But in a separate 2015 shooting, Rolfe said right after the incident that he was worried Fulton County District Attorney Paul Howard would charge him.

11Alive Chief Investigator Brendan Keefe has been fighting to get the video from other sources for more than a week because Atlanta Police said their internal investigation is technically still open, five years later.

In the 2015 case, officers were trying try to stop a stolen truck. In the video, Rolfe takes off running.

“Stop the car! Stop the car," Rolfe yelled. And another officer joins in saying, "get out of the car!”

1 / 5
APD
Garrett Rolfe and the other officers involved in the 2015 shooting have been cleared in the incident, documents show. Photos show the scene from the night of the shooting.

As the truck repeatedly slams into and on top of a patrol car, three officers open fire. You hear Rolfe yell that shots have been fired and he again yells for the driver to stop the car. Rolfe then fires three shots.

“That second time he came at us," Rolfe said.

"All three of us," another officer says.

The driver, Jackie Jermaine Harris, was hit in the lung, but survived.

“He was gonna hit me or one of you with the truck," you can hear Rolfe say in the video. "I mean the shots were through the front windshield.”

All that 11Alive has so far is Rolfe’s dashcam video. On the audio, you can hear his lieutenant trying to calm him down.

Lt. “No, I was right here. I saw it. Y’all did everything y’all could to make him stop.”

Other Officer: “I did tase him. I tased him first.”

Rolfe: “You know how the media is now.”

The lieutenant continues to talk to Rolfe.

Rolfe: “{Expletive} they’re not gonna screw us or anything are they?”

Rolfe: “God, the way the atmosphere is right now.”

You can also hear Rolfe expressing his concerns about the situation with a fellow officer.

Rolfe: “I mean, God, with the atmosphere. They’re gonna charge us. Ah, {expletive} The way Paul Howard is?”

Other Officer: “It’s a carjacked vehicle, on the HIT…”

The driver was given two years probation because the judge questioned the officers credibility after the shooting was left out of the police incident report. Rolfe could be heard in the dashcam video saying he thought the incident was justified.

Rolfe: “In my mind, I know it was justified. But it’s just with way with the atmosphere now.”

Other Officer: “Don’t worry about it. Don’s second guess yourself. Don’t act nervous. Just do what you gotta do.”

The district attorney cleared Rolfe and the other officers in February, which was four and a half years after the 2015 shooting.

RELATED: Ex-Atlanta officer accused of murder of Rayshard Brooks to get legal support from national group

Months later in June, the district attorney only took five days to charge Rolfe with murder in the Brooks case.

Rolfe was also fired from his position with APD a day after the June 12 shooting. Police were called to the scene around 10:30 p.m. that night after complaints of a man asleep at the wheel near the Wendy's drive-thru line.

Brooks, failed a field sobriety test, according to the Georgia Bureau of Investigation. When officers tried to take him into custody, a struggled ensued. During the altercation, officials said Brooks grabbed an officer's Taser and began to run away. Moments later, shots were fired. Brooks was taken to the hospital, where he later died. Rolfe has been charged with 11 counts, including felony murder.

“It is clear why Officer Rolfe and others were cleared of any misconduct in this incident. From the documents filed by the District Attorney’s Office, Jackie Harris had at least four felony convictions at the time he entered his plea in the 2015 case. Despite the fact that Mr. Harris was a recidivist, he received an incredibly light, probated, sentence. I don’t know how many more times Mr. Harris has been arrested since 2015, but I do know that he is now in the DeKalb County jail facing burglary charges.”

Watch the full dashcam video for the 2015 case below.

MORE ON THE BROOKS CASE