The widow of Rayshard Brooks is incredulous that the fired APD officer accused of murdering Brooks drove to Florida while on bond. 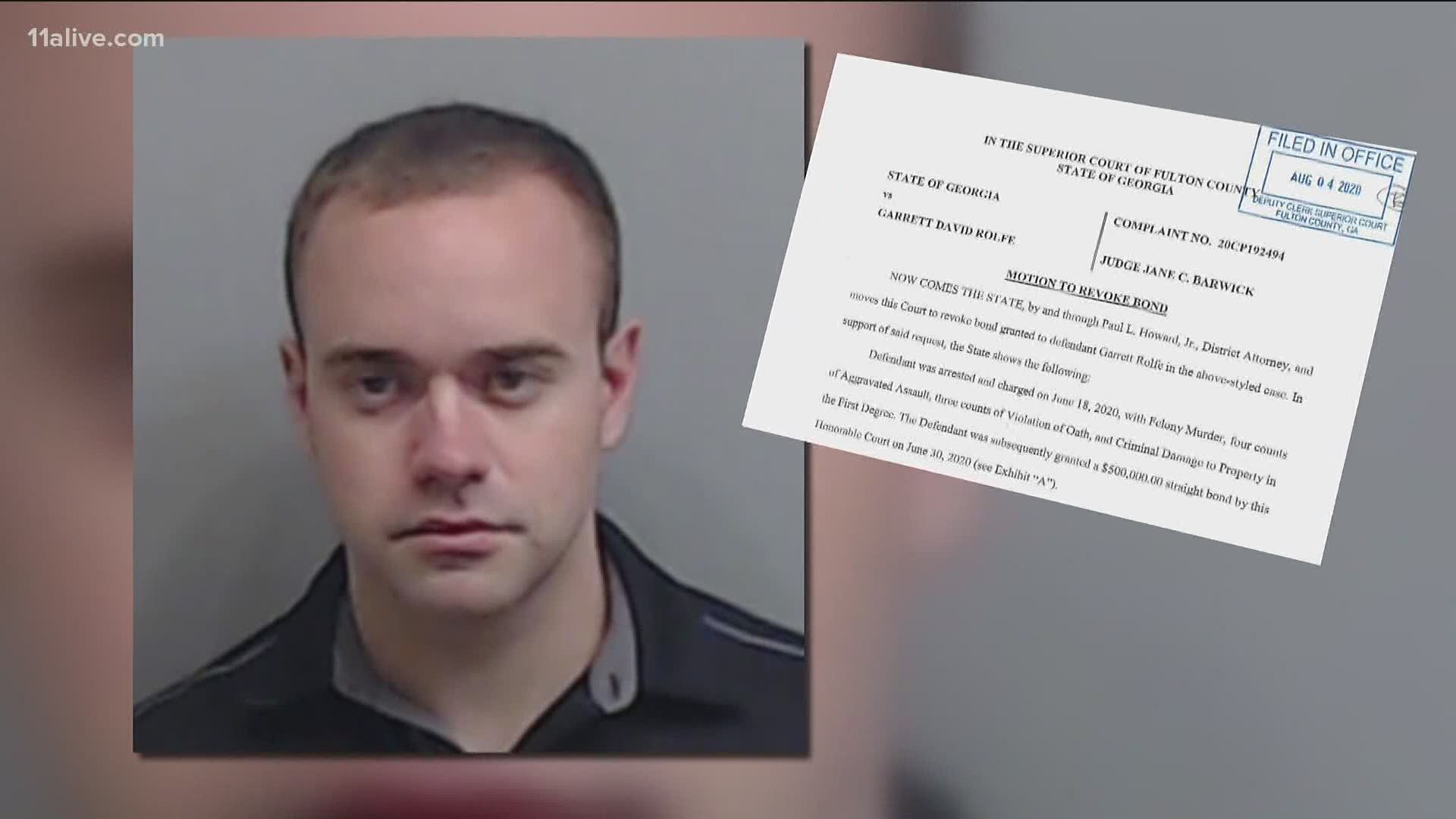 ATLANTA — The widow of Rayshard Brooks is again calling for justice in his case.

Tomika Miller said Wednesday she is baffled as to why the fired Atlanta police officer who is accused of murdering Brooks in June allegedly took a trip to Florida while out on bond.

And as for that former officer, he is now going after the city for firing him.

Miller told reporters at a news conference, along with her attorneys, that she wants answers about why the now-former Atlanta police officer, Garrett Rolfe, who is free on bond, left Atlanta on Saturday, according to what prosecutors say they found out later.

Prosecutors say Rolfe drove to Daytona Beach, Florida, more than 400 miles away. According to the D.A.'s office, Rolfe’s ankle monitor placed him in a residential neighborhood in Daytona Beach as of Sunday.

“I was baffled when I heard about this,” Miller said. “It was very hurtful. It let me know that Officer Rolfe did not care about what the judge had laid down, as well as caring about how anyone else would feel. I’m hurt. And, again, I’m just wondering when will justice be served.”

Fulton County District Attorney Paul Howard is asking Superior Court Judge Jane Barwick to revoke Rolfe’s bond and put him back in jail, which Miller and her attorneys support.

As of late Wednesday afternoon, Judge Barwick had not disclosed whether she had scheduled a bond-revocation hearing, yet. Rolfe’s attorneys did not comment Wednesday.

However, the attorneys did release a statement announcing that Rolfe is suing Atlanta Mayor Keisha Lance Bottoms for firing him without due process the day after Brooks was killed.

Atlanta Attorney Randall Kessler, who is not involved in the case, said Wednesday that Rolfe’s lawsuit, and the similar lawsuit filed by two other fired APD officers, Mark Gardner and Ivory Streeter, accused of using excessive force in an unrelated case in May, will test the Mayor’s powers to fire officers without holding hearings, first.

“The mayor does have the right to fire them,” Kessler said. "But did she do it in the right way, was it a wrongful firing? That’s the problem when you don’t ‘measure twice and cut once,’ there’s going to be backlash like this, and I think this lawsuit is not going to end quickly.”

Kessler said it is an issue that arises often when police officers are fired after they are involved in high-profile, controversial arrests.

“It’s basically the same issue we’ve seen over years and years and years. The public wants justice. The public wants a solution and closure. And there’s a process that’s got to be followed. And it just doesn’t make sense to make business decisions—and this is a business decision—to terminate an employee without investigating and learning all the facts.”

The mayor’s office did not respond on Wednesday to 11Alive’s request for comment about firing police officers prior to “due process” hearings.