A lawsuit from earlier this year alleges the campus police officer offered to take the student on trips and give her gifts, in exchange for sexual favors 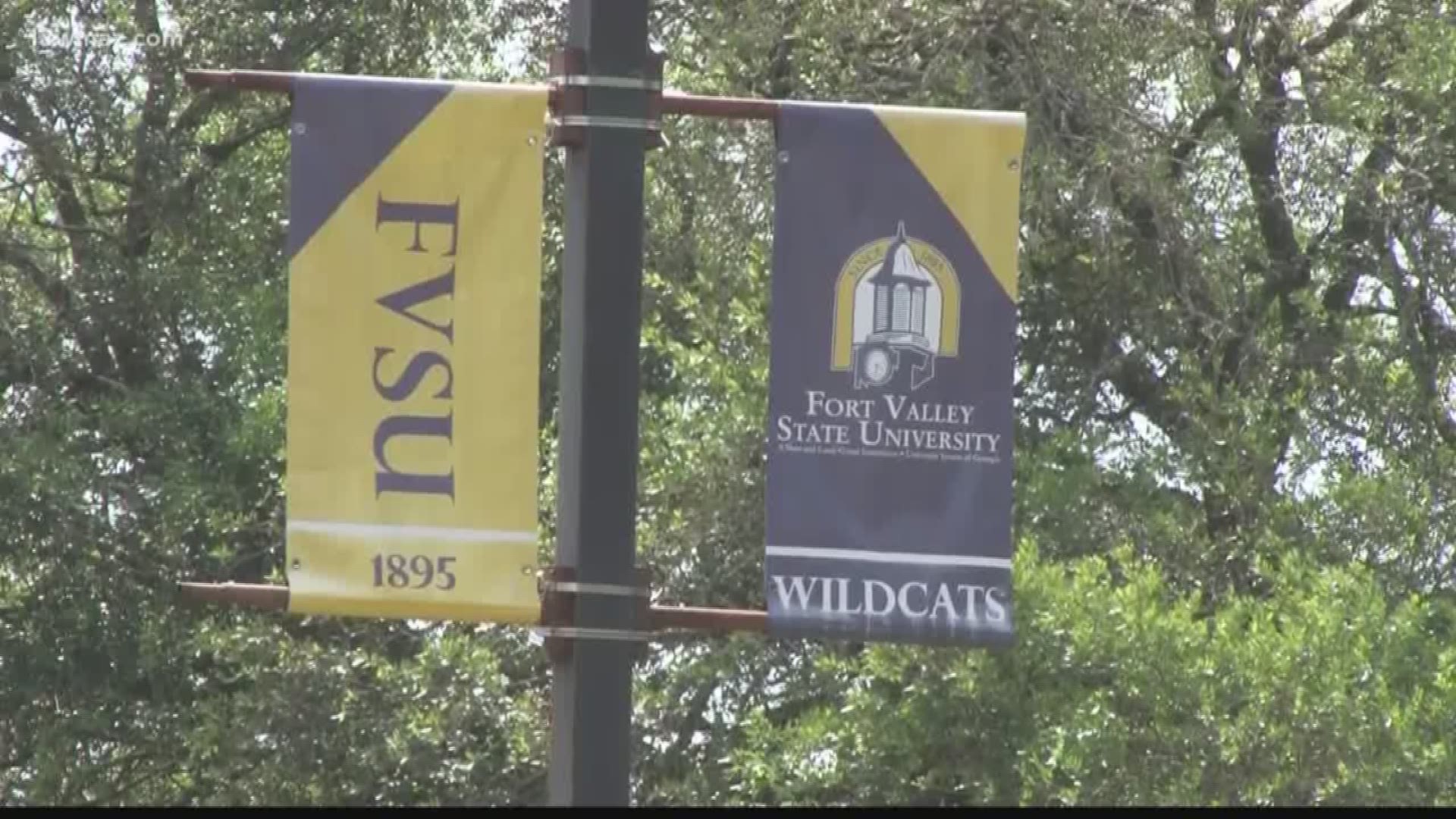 FORT VALLEY, Ga. -- A former lieutenant for the Fort Valley State University Police Department was arrested and charged Friday for allegedly assaulting a former student, according to the Georgia Bureau of Investigations.

Wilbur Bryant, 52, turned himself into the Peach County Sheriff’s Office on charges of battery, bribery, and violation of oath of office, according to the release.

GBI was requested by the Peach County Sheriff's Office to investigate the sexual misconduct allegations while he was employed by the Fort Valley State University.

Investigators said Bryant went to the student's dorm room, while in uniform, and made physical contact without her consent, GBI officials said.

He allegedly called the student after the assault and made explicit comments while on the phone with her.

According to a lawsuit filed in Peach County Superior Court in May, the student was an 18-year-old freshman athlete who had a scholarship.

The student also sued the university, Board of Regents and five anonymous people.

According to the lawsuit, the student was involved in a misdemeanor incident on school property In February. Bryant inquired about the student's case details, including her personal phone number.

He told her he could make her charges go away "if she stuck with him," the lawsuit said.

The student reportedly received several phone calls from Bryant in the following weeks and he commented on her appearance and made sexual remarks toward her, the lawsuit stated.

Bryant offered gifts in exchange for sexual favors, including offers to take her on trips and buy her alcohol. The student declined all offers, the lawsuit stated.

On March 2, Bryant allegedly entered the student's dorm room by using his campus police officer key and made sexual advances, by rubbing up against her and trying to kiss her, the lawsuit stated.

He allegedly placed four of her five toes in his mouth and sucked on them without permission, the lawsuit said.

On April 16, the student reported Bryant to the university and to the Peach County Sheriff's Office.

According to the lawsuit, the student suffered from emotional distress and an anxiety attack and was unable to complete her spring semester at school.

As a result, her grades dropped and her performance as an athlete suffered.

According to the lawsuit, she chose to transfer schools.

SCHOOL OFFICER WAS DISCIPLINED BEFORE

According to the lawsuit, Bryant already had a list of offenses the university was made aware of, including an "inappropriate friendship with a student" in 2011. Bryant also allegedly damaged the student's property.

He was also counseled for making inappropriate remarks to a female coworker in 2013, the lawsuit stated.

In 2014, Bryant was reprimanded and received a one-day suspension for unprofessional conduct. Later that year in August, he was required to participate in professional training.

In April, Bryant was sanctioned for Title IX violations because of inappropriate contact with the student who filed the lawsuit. He served a week of unpaid suspension.

All of these offenses were documented through a total of seven official letters sent by the university to Bryant, notifying him of the accusations and appropriate sanctions. All were included in the lawsuit.

In a statement to 13WMAZ, FVSU said:

A complaint dated April 14, 2018 was filed with our Title IX Coordinator alleging misconduct by a former university police officer. We immediately began an investigation and alerted the University System of Georgia. The officer involved no longer works at the university."These incidents are uncharacteristic of the culture of the university; however, we take these and other acts of alleged misconduct very seriously. We will continue to be vigilant about campus safety as the GBI continues their investigations.

The Peach County Sheriff's Office told 13WMAZ Bryant was not charged with any crime prior to the lawsuit.

Bryant resigned from the department on April 21, two days before the sheriff's office requested the GBI investigation.