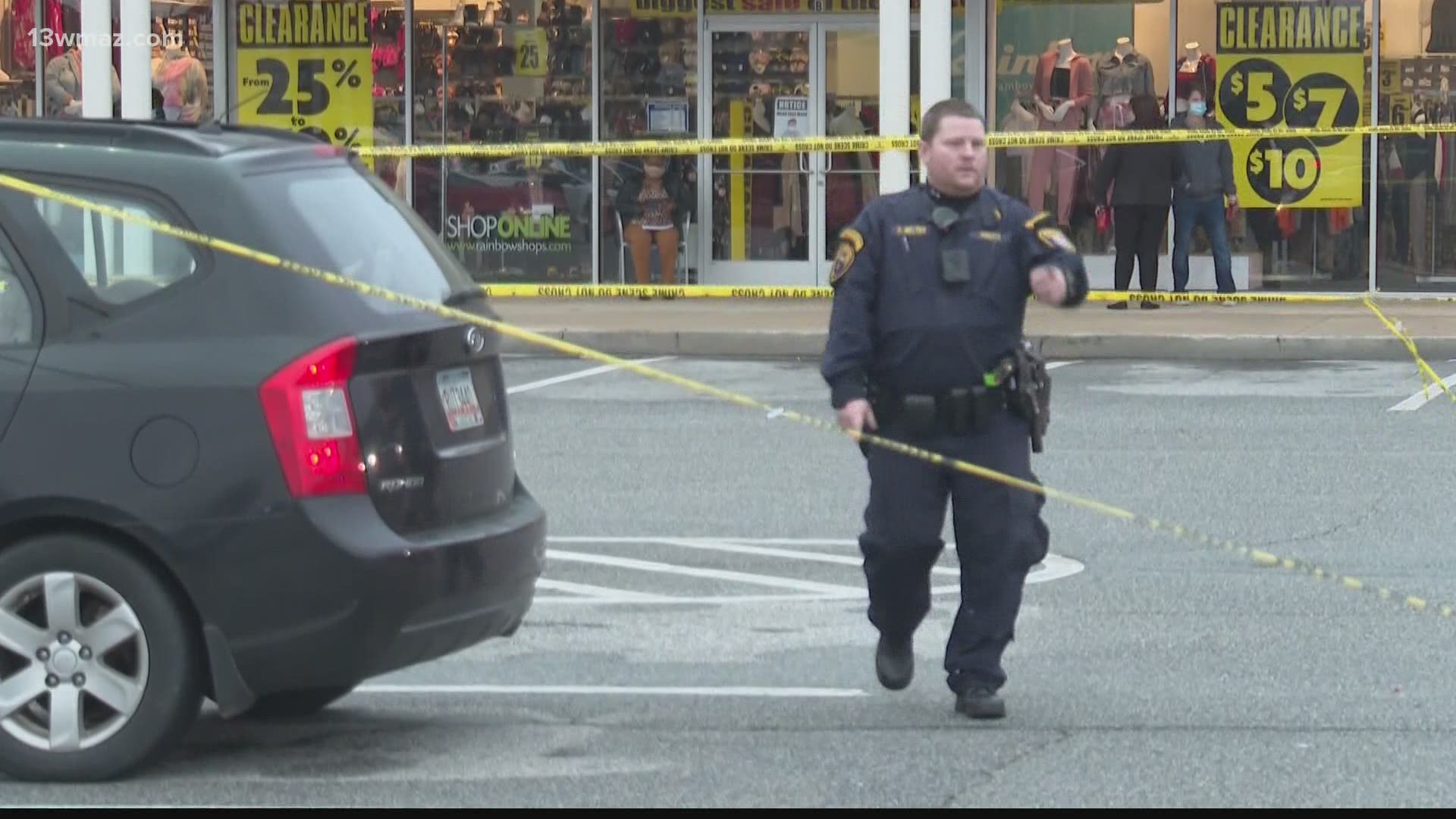 According to the Georgia Bureau of Investigation,  Warner Robins Police Department got a call about a suspect in custody for shoplifting at the Walmart located at 2720 Watson Boulevard. After officers made it to the scene, they talked with store personnel about the situation when they were alerted to another person breaking into cars in the parking lot. The shoplifting suspect was not involved in the break-in situation.

Officers saw the suspect, identified as 27-year-old Derik Edward Jones, who began to run away toward the TJ Maxx and Bealls Outlet stores. He started shooting at the officers, who then returned fire, hitting Jones.

No officers were hurt.

Jones was taken to the Medical Center, Navicent Health for treatment. The news release says Jones' gun was stolen from a car in the Walmart parking lot. Charges on Jones are pending by the GBI.

The GBI will conduct an independent investigation. Upon completion, it will be turned over to the Houston County District Attorney’s Office for review.

According to the Georgia Bureau of Investigation, a total of 3 officers were involved in the situation, but investigators are still trying to determine how many fired their weapons. At least one of the officers fired shots after the suspect started shooting.

GBI Special Agent in charge Todd Crosby says their understanding is that the suspect does not have life-threatening injuries. He would not release the name of the suspect or officer involved.

The GBI and Warner Robins Police are investigating after an officer shot a man while responding to a call.

According to Warner Robins Police Chief John Wagner, it started around 2:10 p.m. Thursday as an entering auto call near the Beall’s Outlet on Watson.

Officers arrived at the scene and saw a man that matched the suspect description they received. The man ran away from them, and officers shot at the suspect in front of the Beall’s.

The suspect was hit and taken to the Medical Center, Navicent Health. The GBI was then called to help investigate.

The condition of the suspect is unknown. Chief Wagner did not identify the suspect or the officer, but no officers were injured in the shooting

He says more than a dozen witnesses are being held inside the crime scene perimeter for questioning. That perimeter stretches from the American Deli to the TJ Maxx.

"We hate that anything like this ever happens. Our thoughts and prayers are with the officer and the one that’s involved that’s gone to Navicent," said Wagner. "This is worst case scenario for anybody. Just know our hearts and minds go out for all that are involved in it, witnesses as well."

This is a developing story and will be updated as we get more information.

Houston County deputies investigating after man shot in the legs

Warner Robins Police investigating after man shot in back