The GBI said that it submitted its investigation to the Fulton district attorney last month. 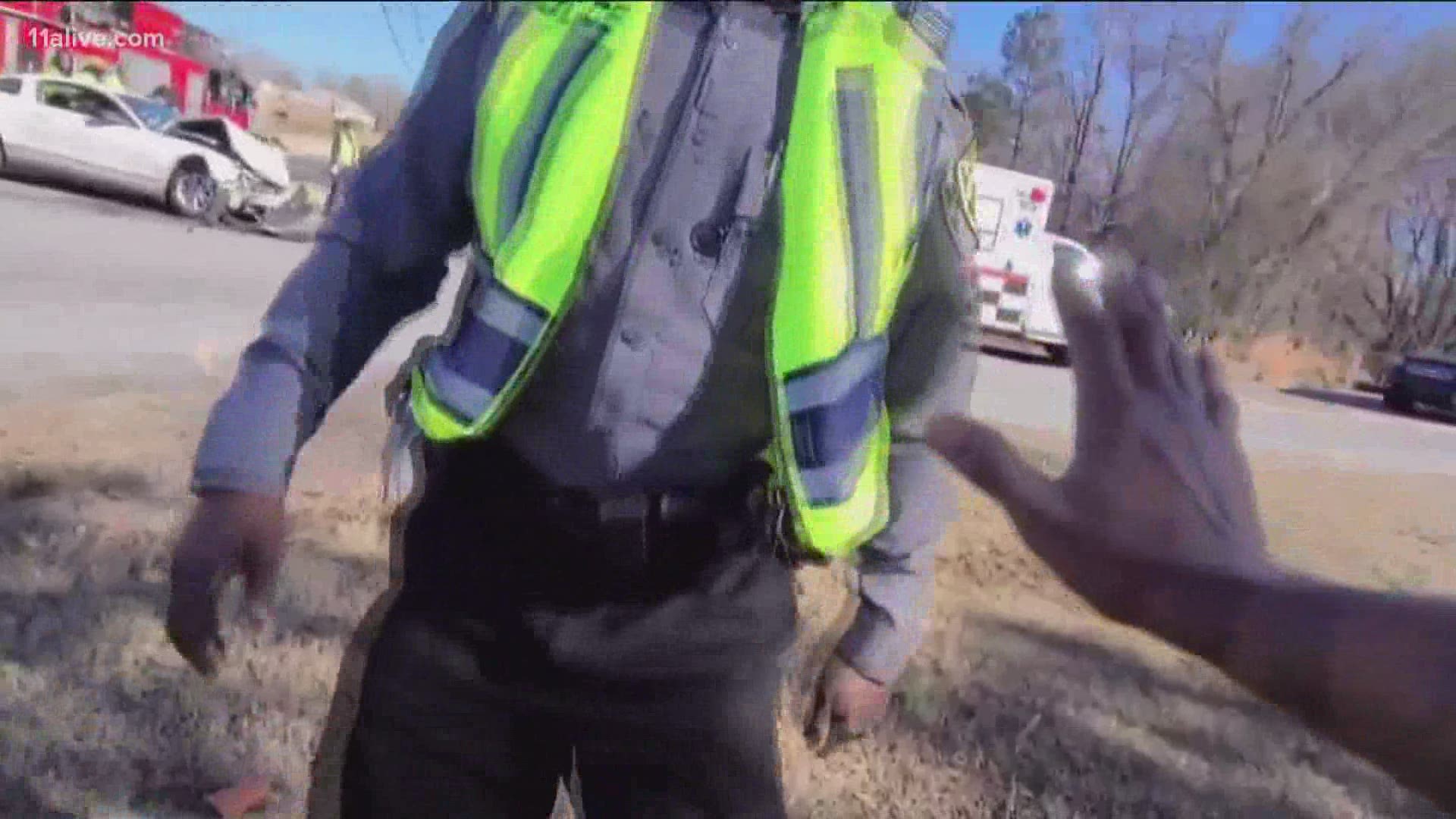 SOUTH FULTON, Ga. — The Georgia Bureau of Investigation has wrapped up its investigation concerning a South Fulton police officer accused of excessive force.

Marcus Coleman - a man who just happens to be a leading activist for police reforms - and his attorney continue to ask for the officer, Solomon Muhammad, to be fired. It stems from a confrontation that happened on Jan. 29.

On that day, Coleman pulled out his his cell phone and began recording at the scene of an accident on Roosevelt Highway. Coleman asks the officer, who's in his car writing a police report, why he isn't in the street directing traffic around the crash.

"Tell me why ain't nobody directing traffic," Coleman can be heard on his cell phone video as he stood outside his own car and showed the traffic jam.

RELATED: 'You gonna tase me, bro?' | Video shows moments before alleged use of force by South Fulton officer

Muhammad's body camera video showed the two arguing as the officer gets out of his squad car; the officer followed Coleman as he starts walking away. Both videos show them then scuffling.

Coleman said the officer pressed a taser into his chest and then handcuffed him. He said the officer illegally detained him for 40 minutes until a supervisor showed up and ordered him to be released.

In the bodycam video, partially obscured by the officer's safety vest, Muhammad can be heard telling his supervisor he used a minimum amount of force when placing Coleman in the cuffs. He admitted to having had his taser in his hand, but said he didn't use it.

The officer was placed on administrative leave. Meanwhile, the department said it would be reviewing the effectiveness of its officers' body cameras when worn with those safety vests.

Coleman said he thinks the officer deserves to lose his job and face assault and battery charges.

The GBI told 11Alive Tuesday that it submitted its investigation to the Fulton district attorney last month.

11Alive reached out to the Fulton County District Attorney's Office and the police department to see if any action will be taken based on GBI's investigation. We haven’t heard back, yet.