Gene Siller was identified as the victim in the shooting on Saturday by a member of the club. 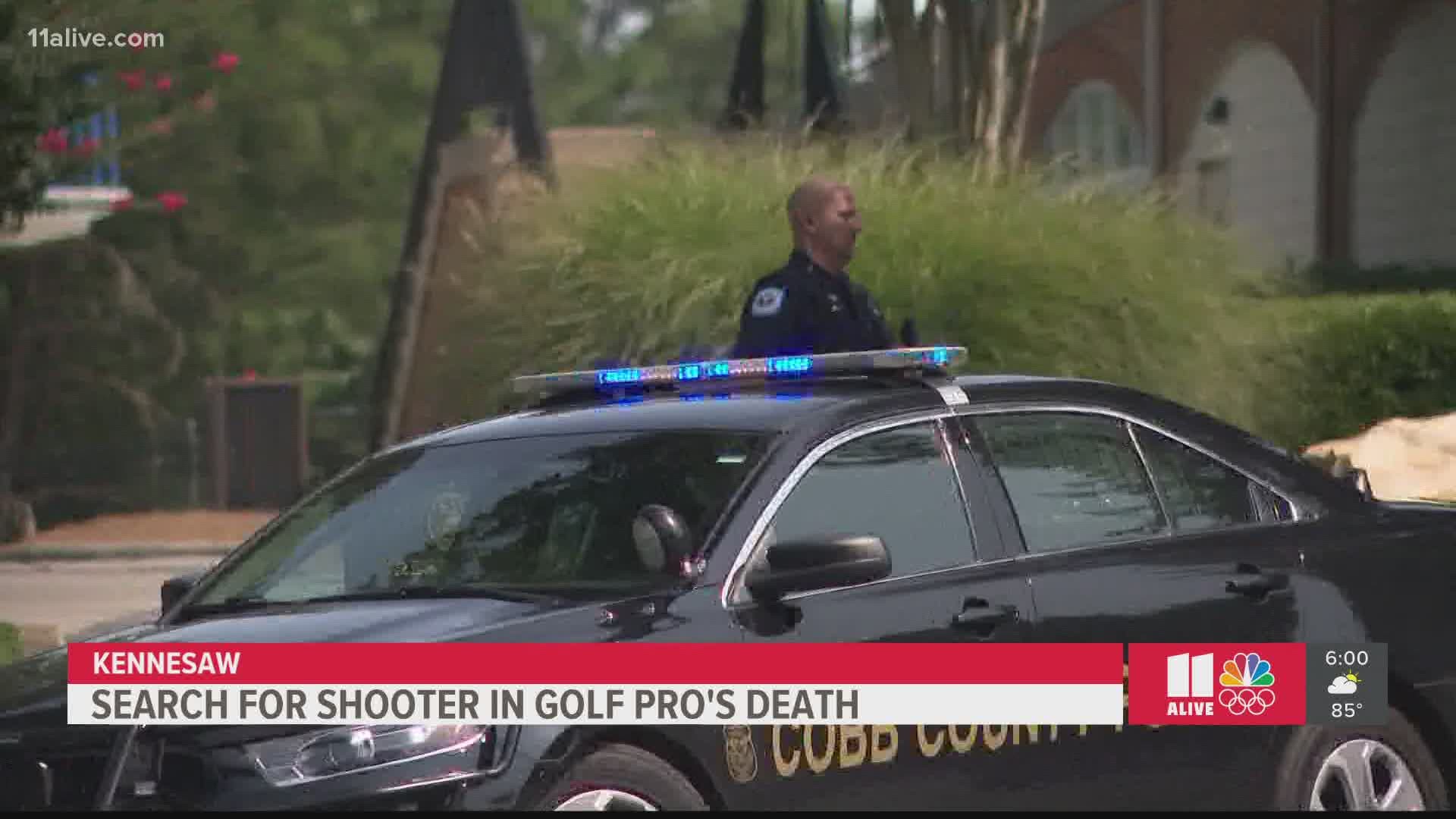 KENNESAW, Ga. — UPDATE: The bodies of two additional victims have been found after a shooting at the Pinetree Country Club that took the life of golf pro and director Gene Siller.

According to the Cobb County Police Department, two men were found shot to death in the bed of a Ram 3500 pick-up truck located at the country club's golf course upon further investigation.

---
Friends and community members are trying to raise funds for a family grieving the sudden and shattering loss of Gene Siller, the golf pro at Pinetree Country Club in Kennesaw, on Saturday.

According to a member of the club, the alleged shooter drove his car to the 10th fairway at the country club's golf course, Siller went to see what was going on and he was shot.

In a fundraiser posted to GoFundMe, organizer Dianne McPherson wrote: "As many of you are aware Gene was tragically killed Saturday, July 3rd. We are asking for donations to help Gene’s precious family in this terrible time of need. Please keep Gene's family as well as his Pinetree family in your prayers."

On Saturday, another witness to the shooting said he heard five gunshots in a row.

"Then nothing went on, and immediately members reacting like 'I think there might be gunshots' and then apparently somebody was down on the ground," He said. "Then it was kind of like a frenzy, everyone was trying to figure out what was going on."

One witness said the suspect drove a white pickup truck onto the golf course.

The Georgia State Golf Association said in a tweet Saturday evening that, "All of us at the GSGA are deeply saddened by the tragic events that occurred earlier today at Pinetree CC. Our thoughts and prayers are with Gene Siller's family and friends."

As of Saturday evening, the suspect had not been caught. There has not yet been an indication of a motive behind the suspect's actions or further details about what led up to the shooting.