'This project seeks to replace the monuments of racist Confederate memory with symbols of solidarity and justice,' one organizer said. 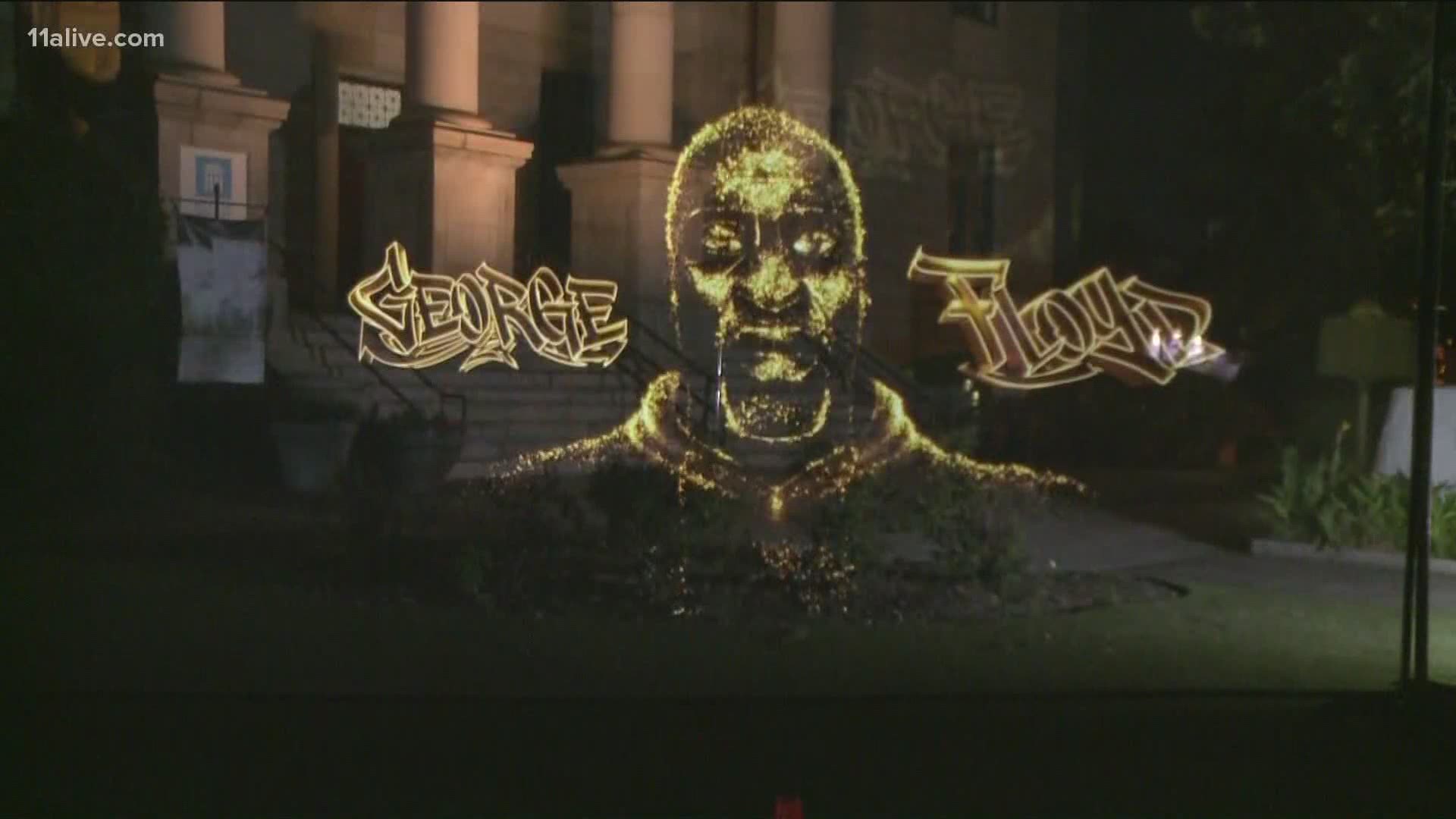 DECATUR, Ga. — A space on the Decatur Square that was once home to a Confederate monument temporarily became the home of a hologram of George Floyd on Friday night.

The petition website Change.org and the George Floyd Foundation said space formerly occupied by the Confederate obelisk would be transformed into a space for what they are calling messages of "hope, solidarity and forward-thinking change."

“This project seeks to replace the monuments of racist Confederate memory with symbols of solidarity and justice," said Sylvia Rolle of Change.org in a release.

As of Friday afternoon, the petition Justice for George Floyd on Change.org has received more than 19,400,000 signatures and is still growing.

According to a release from Change.org, the installation, titled "A Monumental Change: The George Floyd Hologram Memorial Project," was unveiled earlier this week at the site of the former Jefferson Davis Confederate monument in Richmond, Virginia, before moving to Asheville, North Carolina.

They say the project will travel to other stops - mirroring the route for the 1961 Freedom Rides - to temporarily replace former Confederate statues in a "symbolic call to continue the fight for racial justice."

The hologram features fireflies forming into the image of George Floyd with his name depicted in graffiti.