Here's how the appeals process could look for Derek Chauvin

Appeals are a normal part of the court process. After Derek Chauvin was found guilty of murdering George Floyd, here's a look at what could happen next. 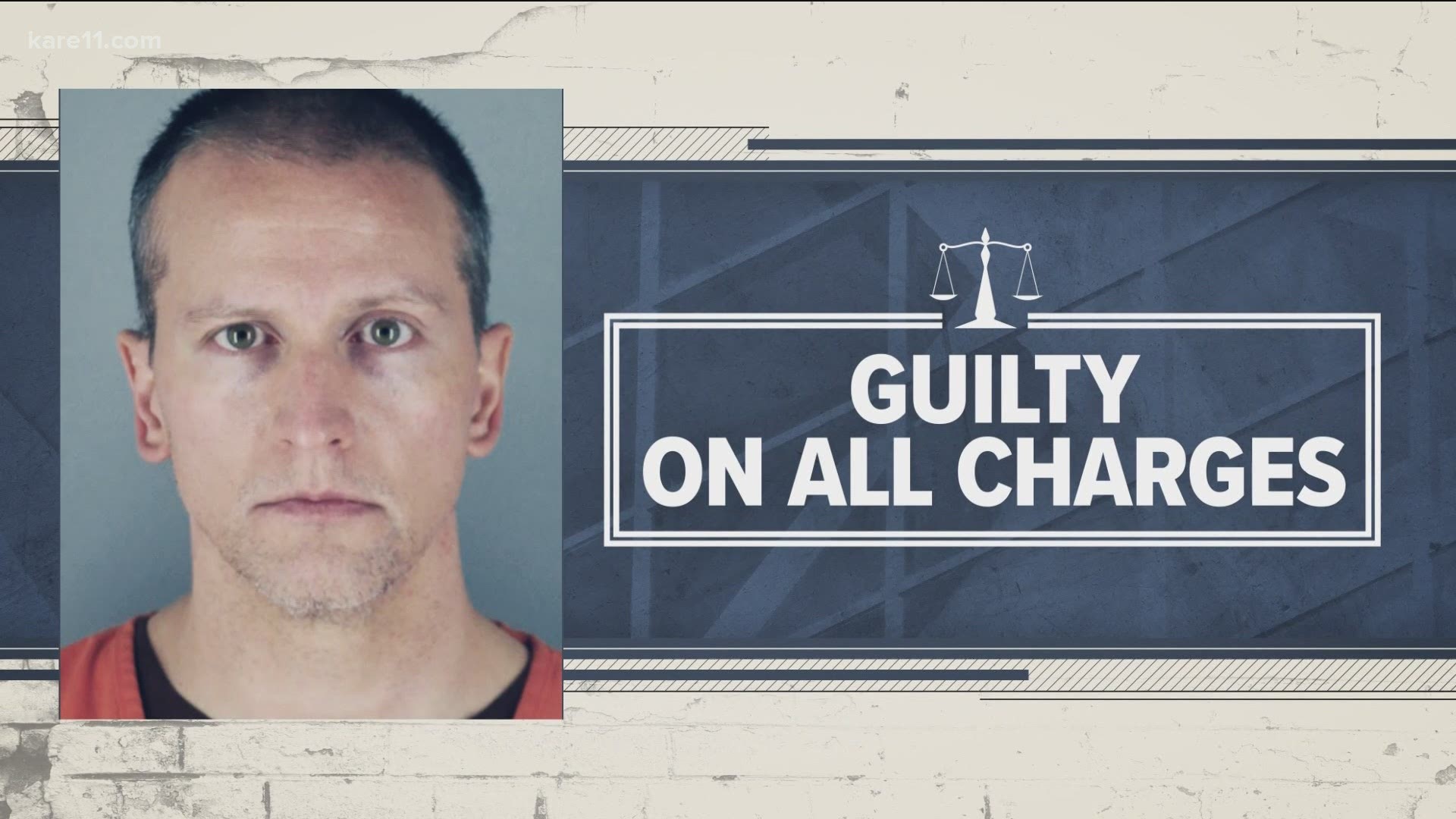 MINNEAPOLIS — A jury found Derek Chauvin guilty Tuesday of murder and manslaughter -- but the case isn't over yet.

With sentencing and then potential appeals still to come, Derek Chauvin's case could continue for quite some time.

Appeals are a normal -- but not mandatory -- part of the court process. According to the American Bar Association, appeals are usually based on alleged errors in the trial's procedure or the judge's interpretation of the law.

The ABA specifies that an appeal is not a retrial or new trial -- they usually don't involve new evidence or new witnesses.

KARE 11 spoke to Minnesota defense attorney Brock Hunter to see how the appeals process could go for Chauvin.

RELATED: How long will Derek Chauvin go to prison for George Floyd's murder?

What could the timeline look like for Chauvin's potential appeal?

Hunter said Chauvin will have to wait until after he's sentenced. Chauvin's sentencing is set for eight weeks from now. After that, he'll have 90 days to file his notice of appeal.

As for the rest of the appeals timeline, Hunter thinks it could be similar to that of former Minneapolis police officer Mohamed Noor. Noor's appeal was filed in June 2019. A year and a half later in November 2020, he had oral arguments before the Court of Appeals. That court issued its opinion in three months later in February 2021.

Hunter said the Minnesota Supreme Court granted review in March 2021, but has not yet heard the case. That's 22 months and counting.

Hunter said Chauvin could appeal on several grounds, including:

How far could this go?

Hunter said if the Minnesota Court of Appeals denies Chauvin's appeal, he could petition the Minnesota Supreme Court for review -- that's where Mohamed Noor's case is now.

If the Minnesota Supreme Court denies review or rules against Chauvin, Hunter said he could appeal to the U.S. Supreme Court if he can find a federal law issue in his case.

"It is very rare for a state case like Mr. Chauvin's to be accepted for review by the U.S. Supreme Court," Hunter said.

What are the possible outcomes for an appeal?

RELATED: What happens next for the other officers charged in George Floyd's death?

So how likely are those outcomes?

"I think that there is a chance that the Court of Appeals could overturn the 3rd degree murder conviction, depending on how the Supreme Court rules on the Noor case," Hunter said.

Even if that happens, Hunter said there wouldn't be "any real impact" on Chauvin's sentence, because his conviction for the more serious 2nd degree murder charge would still be in place.

As for the other grounds for appeal, Hunter thinks some (like the idea that media coverage or public officials' statements) are unlikely to work without direct evidence that one or more jurors were impacted. He also said he doesn't think prosecutors' statements about Eric Nelson rose to the level where they could warrant a reversal of judgement.

"Overall, I think Judge Cahill put on a good trial and was careful to avoid mistakes that could lead to a successful appeal," Hunter said.