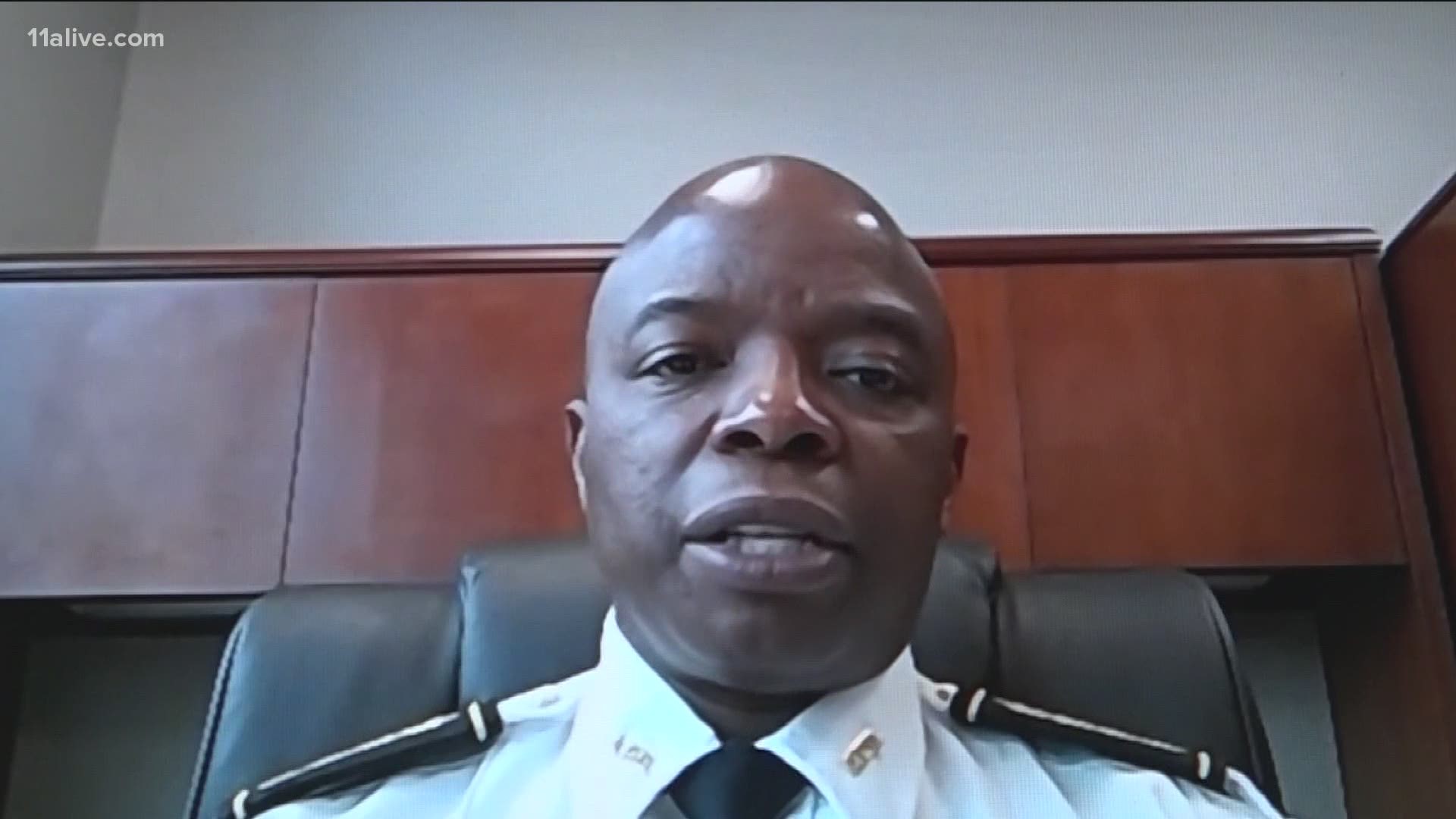 ATLANTA — (ed. note: The video above this story is an interview with current interim Atlanta Police Chief Rodney Bryant.)

The first Black police chief of Atlanta died on Friday, at 81 years old.

In a statement, Mayor Keisha Lance Bottoms called Napper, who assumed the post in 1978 and later also became the city's director of public safety, a "A brilliant teacher and leader."

"Chief George Napper broke barriers and embodied the progress of our city during a long and distinguished career with the Atlanta Police Department," the mayor said. "The City of Atlanta is thankful for the service and commitment of Chief George Napper and we offer our deepest condolences to his loved ones.”

Councilman Michael Julian Bond wrote on Twitter he was "saddened to learn of the passing of George Napper, who became our city’s first African American Director of Public Safety."

I am saddened to learn of the passing of George Napper, who became our city’s first African American Sirector of Public Saftey.I extend condolences to Imogene, Kenya, Chip and the Napper family. I join friends,colleagues in commemorating his life & his service to Atlanta. pic.twitter.com/51qltMQWuI

According to a message from the family posted to Pastor Skip Mason's Vanishing Black Atlanta History Facebook page, at Napper's own request there will be no funeral or memorial service due to the coronavirus pandemic.

Instead, they shared a poem he had written some years ago: