“When I got my wings I couldn’t believe it finally was happening, I said to my mom, ‘I finally made it!’” 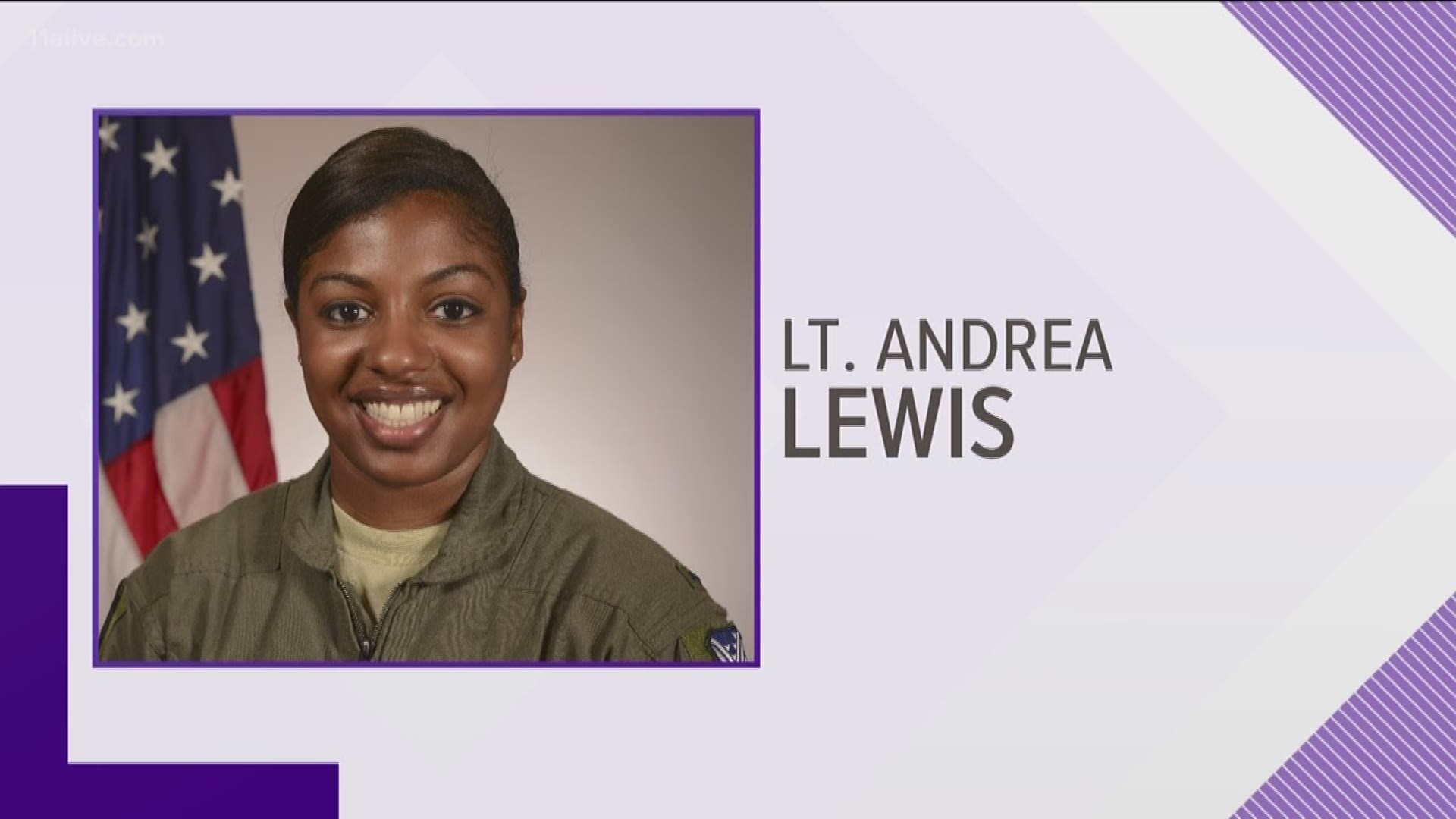 ROBINS AIR FORCE BASE, Ga. -- The first black female pilot of the Georgia Air National Guard is set to to deploy with the 116th Air Control Wing.

According to a news release, flying runs in Lewis' family. Her father was a 14-year veteran pilot in the Marines who later became a pilot for American Airlines. Her mother is a career flight attendant with Delta Airlines.

“You could say that aviation and serving others is in my DNA,” Lewis said. “It is something I always knew I wanted to be a part of.”

In 2010, she began her career as a traditional reservist with the Air Force Reserves. She was only the second civilian hired to be an Air Force flight attendant, which is usually reserved for Airmen already in service.

Lewis' father passed away that year, which set her on her path to become a pilot.

“After my father passed away, I knew it was time for me to take the steps needed to become a pilot and realize my dreams," she said. "I know it would have made my father proud.”

In 2011, she followed in her mother's footsteps and became a Delta flight attendant.

Lewis was accepted to the Georgia ANG, 116th ACW, in 2014 and hired to be a pilot for the E8C Joint STARS aircraft. She attended Officer Training School at Maxwell Air Force Base, Alabama in 2015 before beginning Undergraduate Pilot Training at Vance AFB, Oklahoma.

“It is my dream job, one I hoped for and set my sights to accomplish,” Lewis said. “When I got my wings I couldn’t believe it finally was happening. I said to my mom, ‘I finally made it!’”

Lewis said she plans to use her position to both serve and defend her country, as well as inspire others to go for their dreams.

“I want to tell people to always keep all options on the table regardless of how unobtainable they may seem,” she said. “Never ever let fear or doubt get in the way of accomplishing your mission.”

Information in this story was provided by a news release from the Georgia Department of Defense.