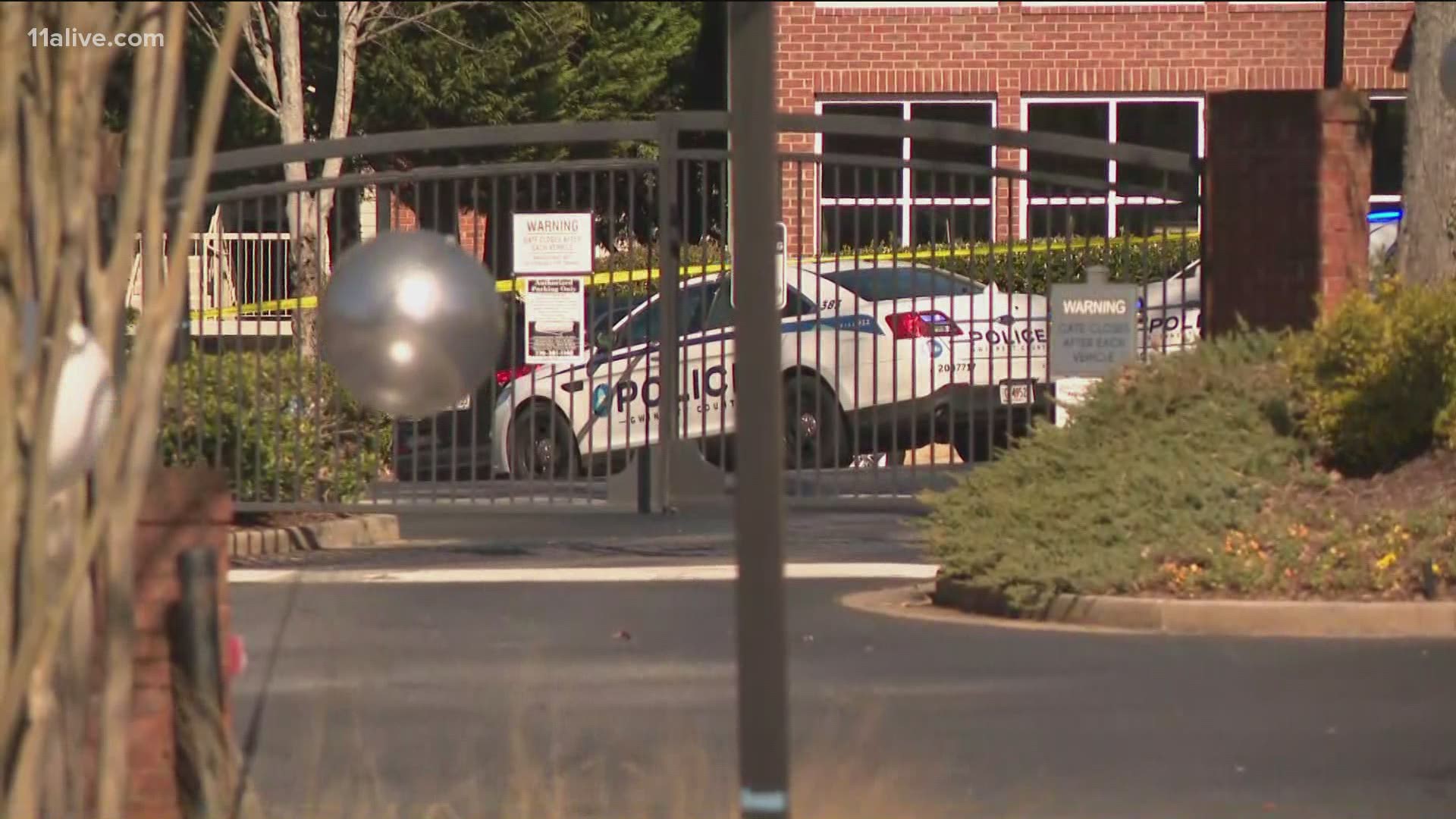 LAWRENCEVILLE, Ga. — Gwinnett County Police are looking for the person responsible for a deadly shooting at an apartment complex near the Georgia Gwinnett College campus on Thursday morning.

The shooting, at the Sugar Mill Apartments on Walther Boulevard, near the college campus, initially forced college officials to issue a "hard lockdown," advising everyone to find a safe place.

College officials said they have now lifted the hard lockdown for the Georgia Gwinnett College campus.

Gwinnett Police Cpl Collin Flynn said officers responding to the apartment complex just after 10 a.m., found a man dead at the bottom of a stairwell when they arrived.

According to Flynn, the victim had suffered at least one gunshot wound.

Flynn said investigators are still looking for the gunman.

The suspected gunman was described in a tweet by the college as a Black male "in a white t-shirt and dirty sweatpants."

Update: Shooting nearby campus at Sugar Mill Apartments. Suspect is described as a black male in a white t-shirt and dirty sweatpants. Gwinnett County is tracking. Possibly armed and dangerous. https://t.co/gbdG8uWwa2

The initial tweeted alert had advised everyone on the Lawrenceville campus to find a safe area, lock and barricade the doors.

College officials said in a later tweet that the shooting had occurred at the nearby apartment complex, and described the suspect as "possibly armed and dangerous."

11Alive's Joe Ripley spoke with one resident of the apartment complex who was working out at the time. She said she was overwhelmed and worried about her safety.

Flynn said investigators are still working to determine why the suspected gunman was at the complex. They are asking any witnesses to come forward and provide any information they can.

Anyone with information is asked to contact Gwinnett Police detectives at 770-513-5300. Anonymous tipsters may contact Crime Stoppers at 404-577-TIPS (8477), online at www.StopCrimeATL.org. Crime Stoppers tipsters can receive a cash reward for information leading to an arrest and indictment in the case.