The Georgia House of Representative passed a bill 166-3 that would legalize programs giving drug users clean needles in exchange for their used ones all in an effort to deal with HIV and AIDS in Georgia. 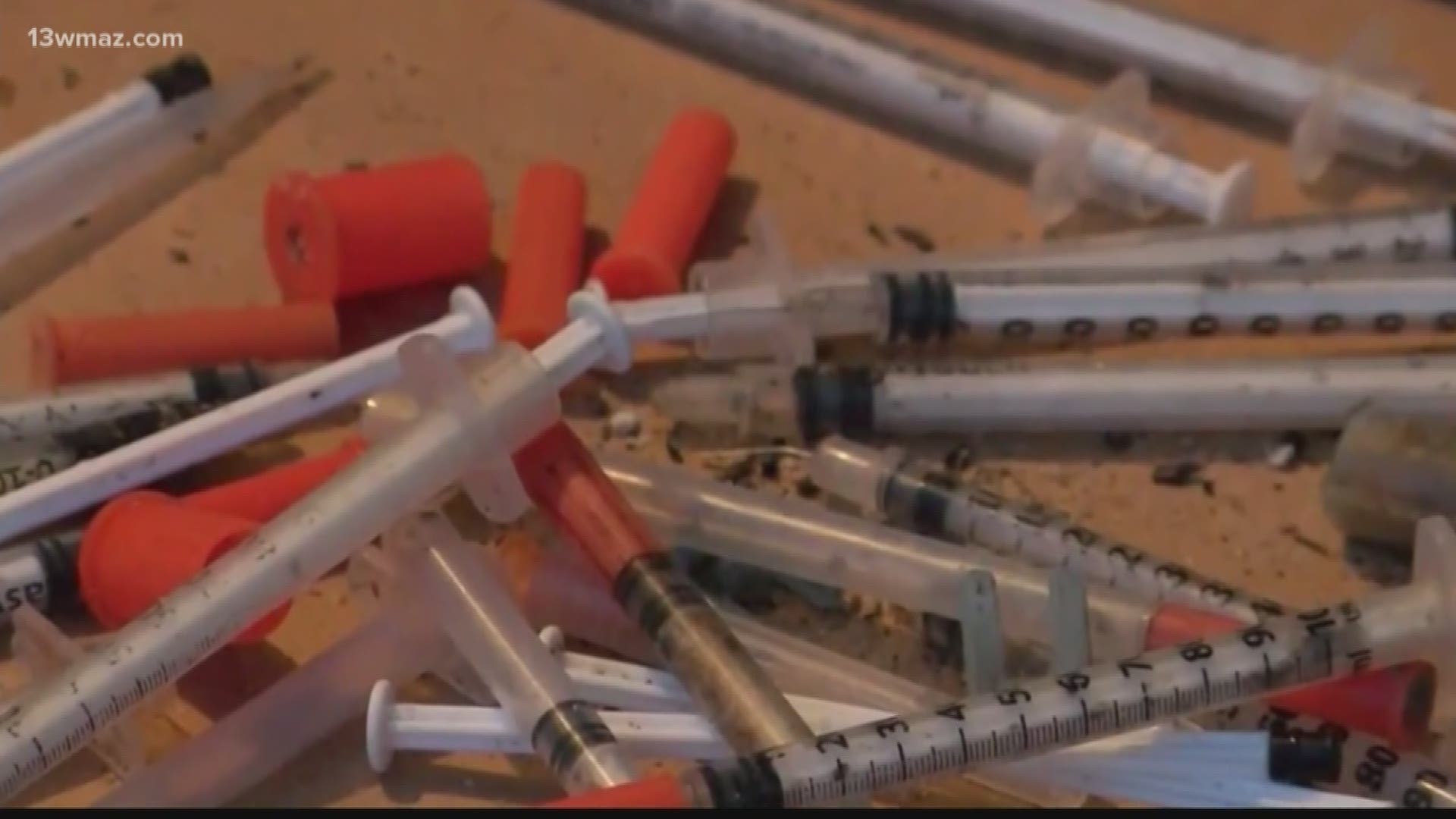 MACON, Ga. — The Georgia House passed a proposal that would make it legal for programs to give clean needles to drug users in exchange for their used ones. The measure aims to reduce the spread of HIV and Hepatitis C infections among drug users who share needles.

Brannon Graves finds comfort in reading his Bible at the Rescue Mission of Middle Georgia. It's been his home for the last six months during a drug recovery program, but he remembers a daunting time before that.

RELATED: Bibb Co. community group to host a discussion on weed and youth

For 18 years, Graves turned to drugs like marijuana and ecstasy. He says he's also injected methamphetamine with a needle.

"Where I grew up, kids didn't want to be doctors and lawyers, we wanted to be drug dealers," said Graves.

Graves says he saw couples share needles, but at what cost? Michael Hokanson of the Georgia Department of Public Health North Central Health District says there are risks behind sharing used needles.

"That significantly increases your risk of HIV transmission and Hepatitis transmission," said Hokanson.

Hokanson says as of 2016, more than 2,100 people were diagnosed with HIV in the district. That includes 13 counties like Macon-Bibb, Houston, Jones, Crawford, and Baldwin to name a few.

The Georgia House of Representative passed a bill 166-3 that would legalize programs giving drug users clean needles in exchange for their used ones all in an effort to deal with HIV and AIDS in Georgia.

RELATED: 'I learned to stay away from that drink:' Former alcoholic helps recovering addicts

"I've lost some very good friends of mine and family members to it," said Graves.

Rescue Mission of Middle Georgia President and CEO Pat Chastain says while he appreciates legislators' efforts to reduce the HIV transmission rate, the organization's goal is to minister people through Christ.

"I don't think it's necessarily going to be good for us to turn around and go, 'Hey, give us your bad needles and we'll give you a bag of good needles.' I'd rather say, 'Hey, bring us your old lifestyle and let's talk about a new lifestyle," said Chastain.

Graves says he has about four months left in the recovery program.

Now, the needle exchange proposal heads to the Georgia Senate.