The latest update from the NTSB and the county coroner provides new clues as authorities continue to investigate what brought the jet down. 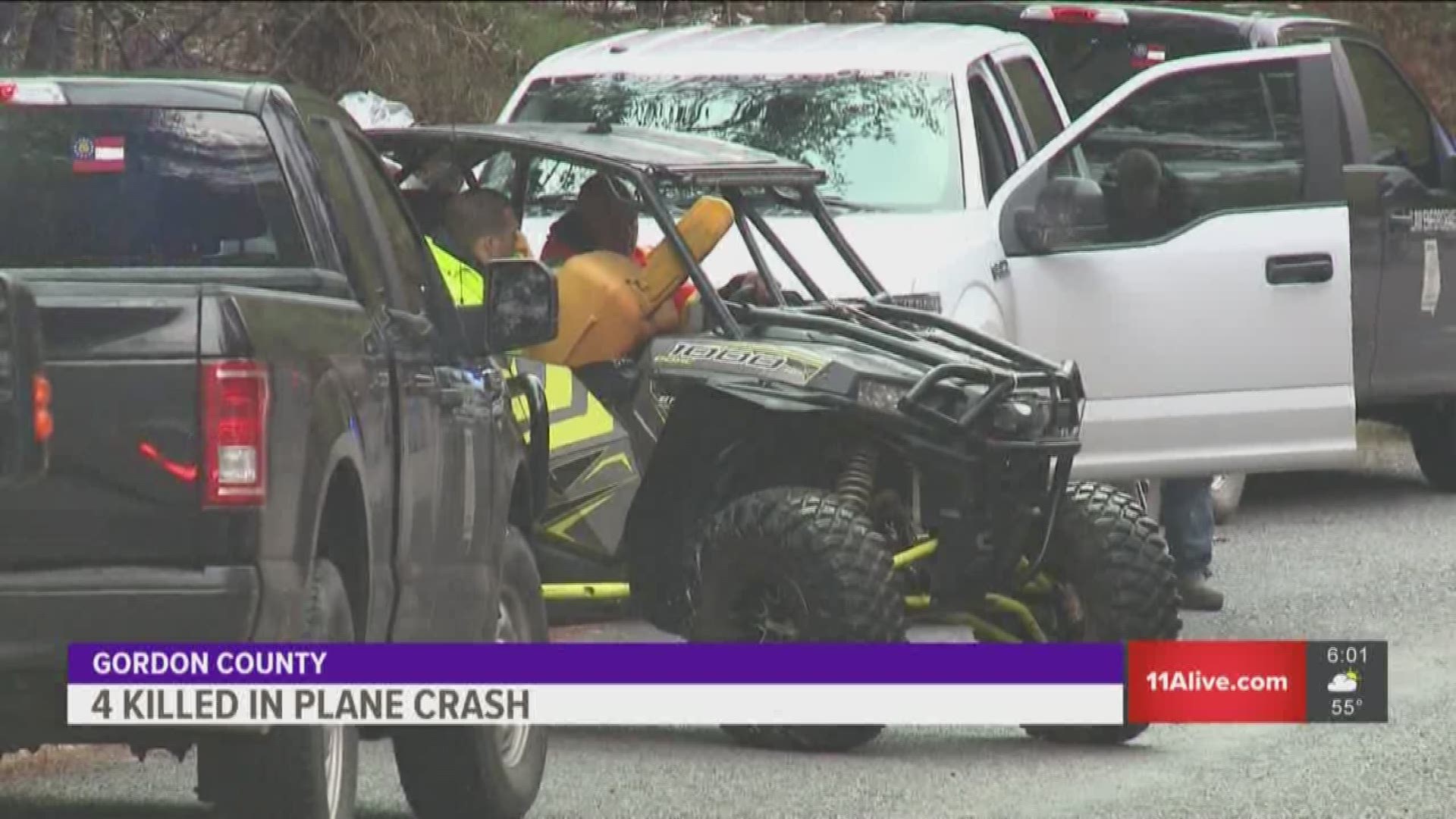 Deputy coroner Christy Nicholson said on Sunday that the bodies of all four passengers who were aboard a Cessna Citation private jet had been recovered. While Nicholson said the victims hadn't been positively identified, she confirmed that three victims were men and a fourth was a woman.

The coroner is now working with the Georgia Bureau of Investigation to officially identify all involved in the crash.

The crash occurred around 10 a.m. on Saturday after the aircraft departed Falcon Field near Peachtree City.  Roughly halfway to its destination, now confirmed to be John C. Tune Airport in Nashville, Tennessee, the aircraft disappeared off the radar near Cherokee County.

Further investigation revealed that the aircraft was seen above Gordon County before it went down, leading to a search that took emergency responders deep into the Gordon County woods.

The sheriff said on Saturday that the airplane wreckage was found more than three miles off the nearest major road and had to be accessed on foot or by all-terrain vehicles. The bodies of the four victims were all located around 12:30 p.m. on Sunday.

NTSB spokesperson Heidi Kemner said her organization will eventually be working to determine the cause of the deadly crash. Right now, they're looking at the bare facts and working to get the wreckage to a facility where they can continue their investigation.

Kemner did say that looking at weather conditions would be part of the overall investigation.

"Preliminary information, we took a glance at the weather and it was Instrument Meteorological Conditions (IMC) and, as you guys know, it was snowing, so we will perform a formal weather study and that will definitely be something we look into during this investigation," she said.

Kemner said that their investigation will cover "the man, the machine and the environment" which includes the on-scene investigation, air traffic control data and maintenance records.

She added that there was no evidence of fire in the aircraft when they arrived and that it was found inverted in a creek. Further details likely won't be available until more of the NTSB investigation is completed.

A preliminary report will be available in about 10 days but a "factual report" may not be available for another 18 months.

Even as the NTSB isn't releasing the names of those involved in the crash, the agency did release the registration number of the aircraft which was registered to an LLC based out of Cobb County.

Records from FlightAware show the twin-engine jet never completed its flight and that it saw a drop in speed in the final moments before the crash.