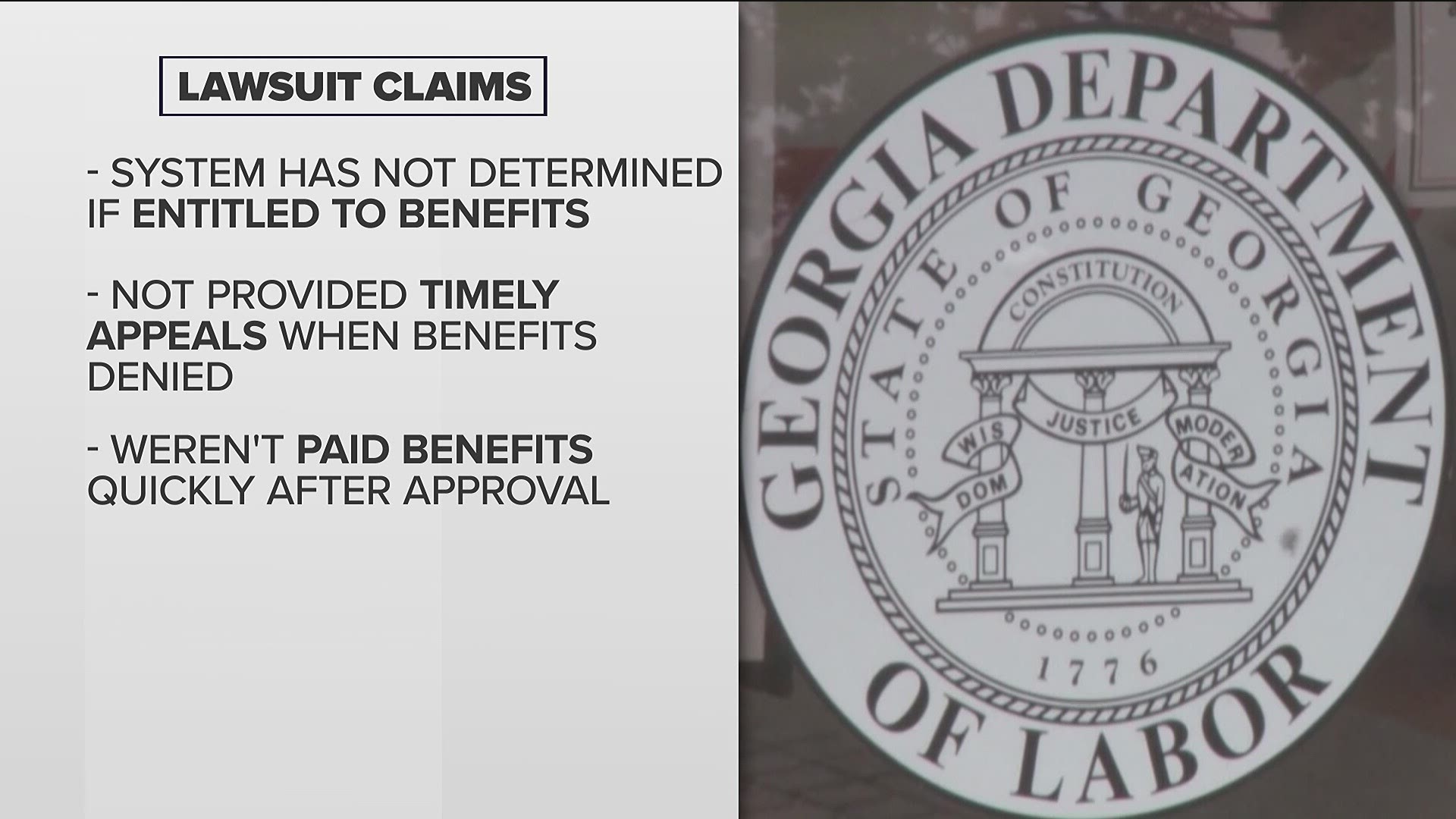 The plaintiffs are asking a judge to certify the suit as a class action on behalf of other people who have suffered delays.

The plaintiffs demand that the judge order the department to follow the law and that the state pay people money damages.

Elected Republican Labor Commissioner Mark Butler has acknowledged that the department was deluged with applications and has blamed earlier underfunding by state lawmakers for sapping of agency capacity. However, Butler says the agency has caught up.