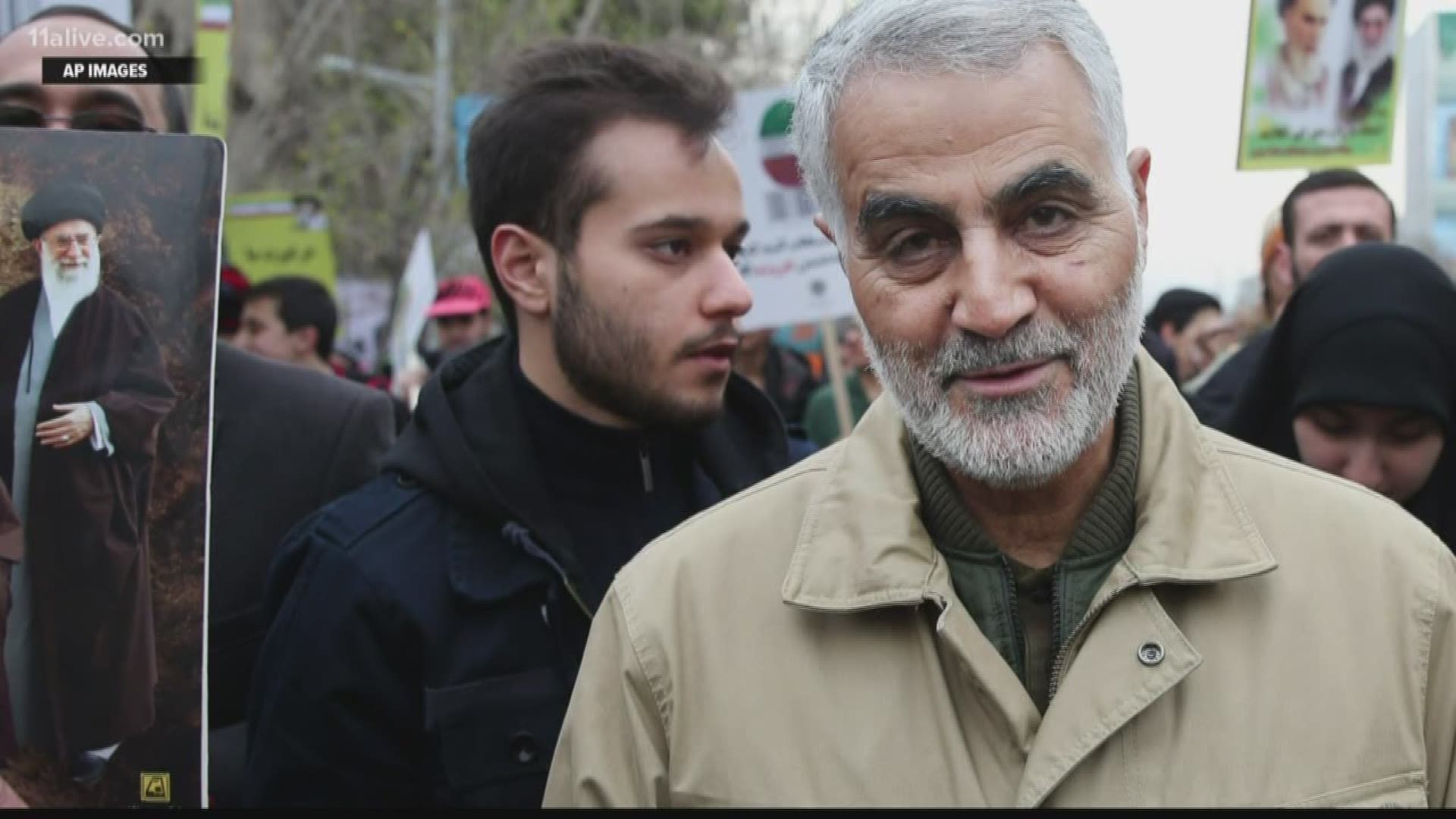 The attack is expected to draw severe Iranian retaliation against Israel and American interests. The Defense Department said Soleimani “was actively developing plans to attack American diplomats and service members in Iraq and throughout the region."

Credit: AP
FILE -- In this Feb. 11, 2016 file photo, Revolutionary Guard Gen. Qassem Soleimani attends an annual rally commemorating the anniversary of the 1979 Islamic revolution, in Tehran, Iran. As Saudi Arabia holds a naval drill in the strategic Strait of Hormuz, Soleimani, a powerful Iranian general was quoted, Wednesday, Oct. 5, 2016, by the semi-official Fars and Tasnim news agencies as suggesting the kingdom's deputy crown prince is so "impatient" he may kill his own father to take the throne. While harsh rhetoric has been common between the two rivals since January, the outrageous comments by Soleimani take things to an entirely different level by outright discussing Saudi King Salman being killed. (AP Photo/Ebrahim Noroozi, File)

Some Georgia leaders are commenting on the airstrike.

Sen. David Perdue said "justice has been served" with the operation.

"In response to continued Iranian-directed attacks, POTUS & our military leaders were clear: attacks against our own will not go unanswered," Graves said. "God bless the U.S. Military. God bless the USA."

Rep. Barry Loudermilk added that Soleimani had "committed atrocities around the world including the deaths of hundreds of American soldiers" during the war in Iraq.

"@realDonaldTrump has again shown that America will not stand idly by when Americans are put in harms way. #USA," he added.

Rep. Austin Scott said "Iran has used proxies to attack and kill American soldiers" for years. With Soleimani's death, he said the nation "must be prepared for any retaliatory actions."

Rep. Buddy Carter called Soleimani a terrorist, saying he had "American blood on his hands."