'His loss is devastating to our state, but he leaves behind an unmatched legacy of hard work and public service.' 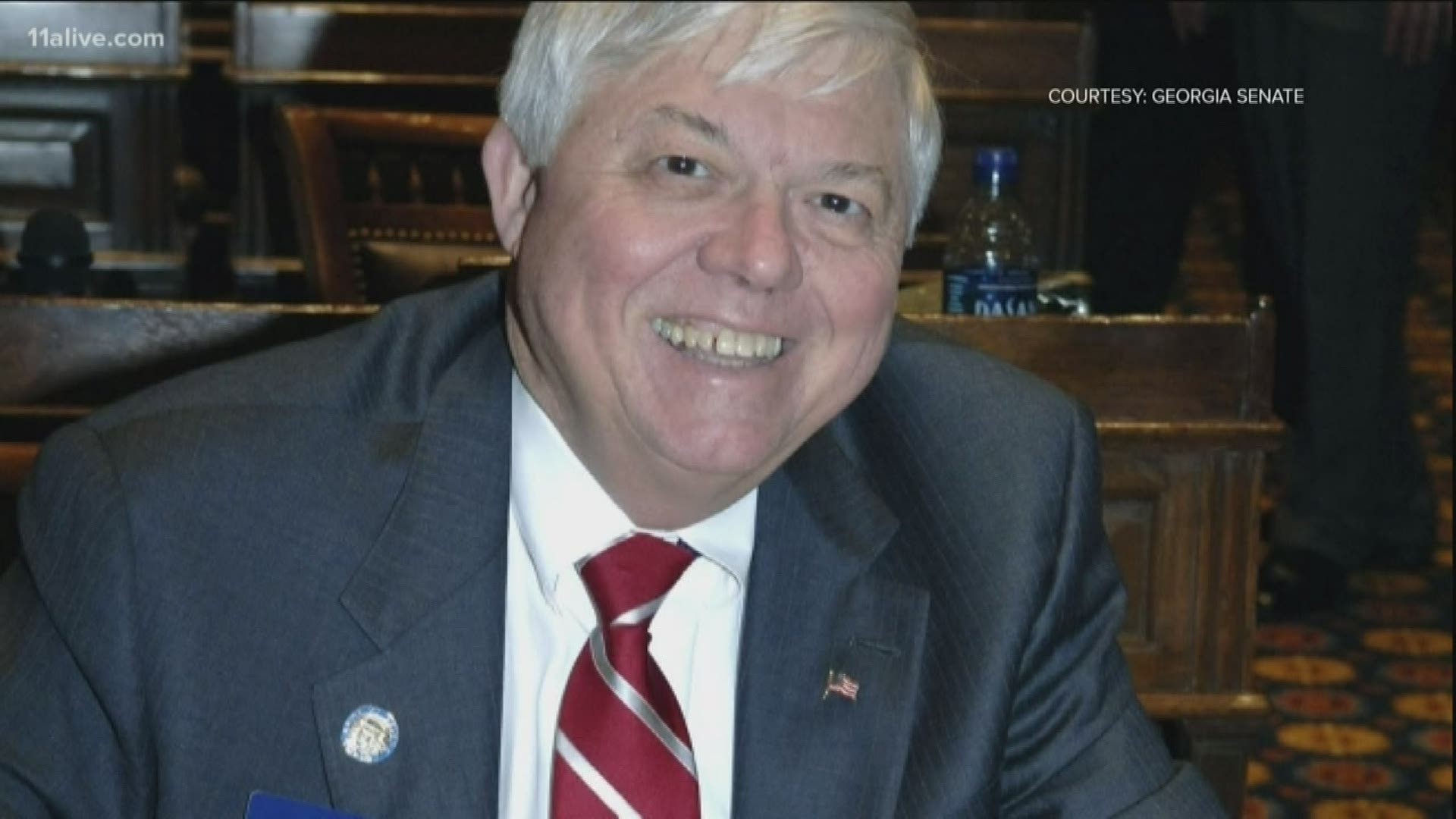 ATLANTA — Georgia State Senator Jack Hill has passed away. He was 75 years old.

The Georgia State Senate released a statement Monday saying the "Senate lost a true public servant in every meaning of the word."  They did not release the cause of his death.

Hill, a Republican, was elected to the state Senate from the 4th District in 1990 and was reelected in 2018 to his 15th two-year term, according to the biography on the Senate's website.

He was chairman of the Senate Appropriations Committee, vice chairman of Senate Rules Committee and also served on the Natural Resources and the Environment and Regulated Industries and Utilities committees.

"Since 1991, Jack represented his home of Reidsville in the Senate and worked to make his community and his state a better place. As Chairman of the Senate Appropriations Committee, Jack provided his insight and attention to ensuring our state’s budget was balanced and fair. This was never an easy task, and was often a thankless one, but the state of Georgia is in a better place thanks to his years of dedicated leadership," the Senate statement said, describing him as a true friend to anyone who had the opportunity to meet him.

"Georgia lost a gentle giant today," Kemp said in a Facebook post. "Jack Hill was one of the kindest, most thoughtful people I ever served with. His loss is devastating to our state, but he leaves behind an unmatched legacy of hard work and public service."

"Please pray for his loved ones, colleagues, and community," he said.

Lt. Gov. Geoff Duncan also released a statement saying Hill  "exhibited all the characteristics we hope for in a leader."

Hill served 33 years in the Georgia Air National Guard as a unit commander and as State Inspector General. He retired in 2004 from the United States Air Force Reserve as a Reserve Forces Officer assigned to the Selective Service System. His military service totaled 37 years.

Hill graduated from Reidsville High School and Georgia Southern University, (then College). His biography says he and his wife have three children and several grandchildren. Read more about his leadership in his biography.

19-year-old charged in violent domestic incident where 1 killed, 2 others stabbed