Georgia man arrested after allegedly assaulting police officer with a baton, flag, and more during US Capitol breach 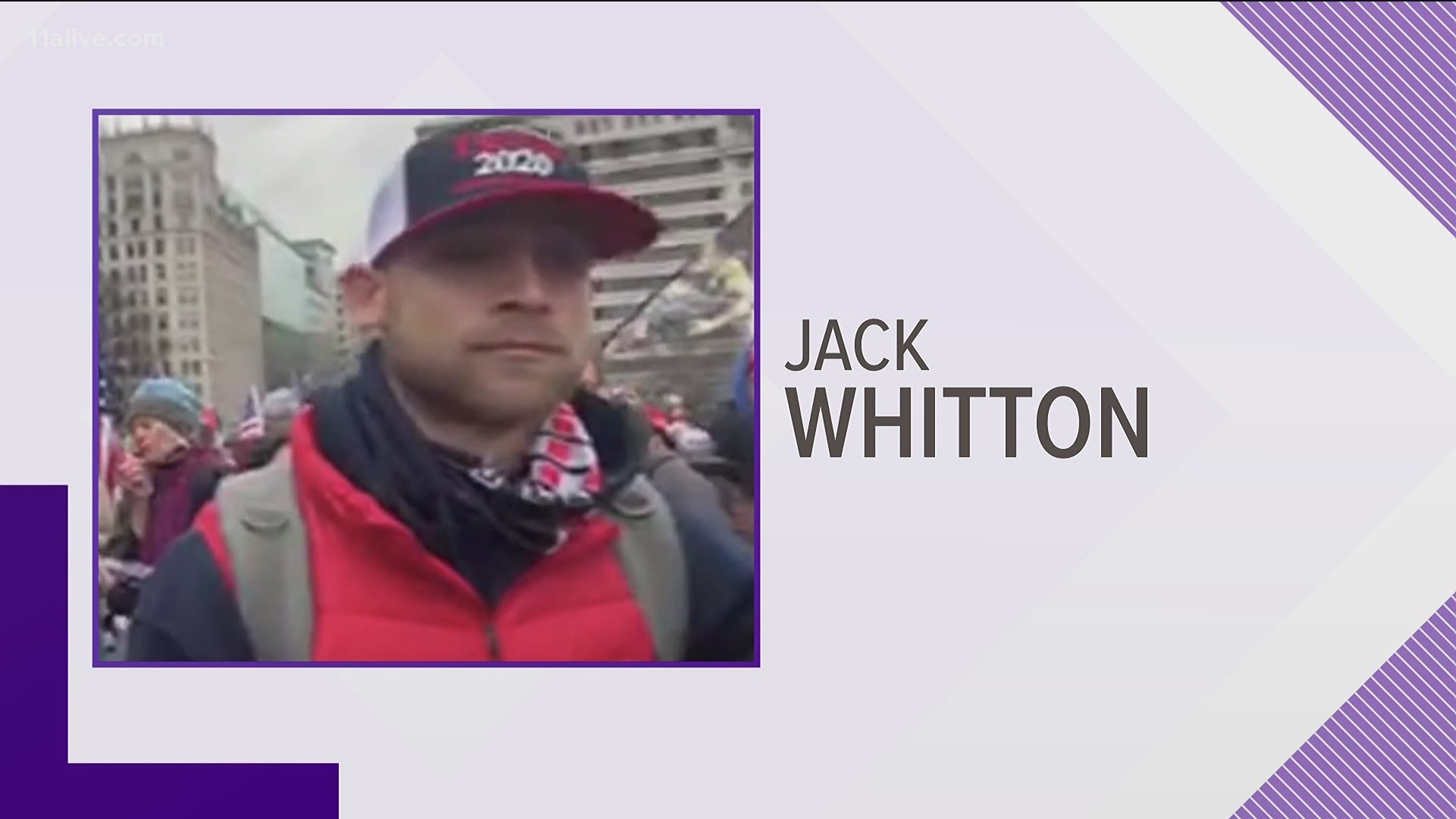 LOCUST GROVE, Ga. — Another Georgia man has been arrested in connection with the U.S. Capitol breach that took place on Jan. 6 after allegedly assaulting an officer with multiple items including a baton, according to the United States Department of Justice.

According to the indictment, Whitton - along with Jeffrey Sabol of Kittredge, Colorado; and Peter Francis Stager of Conway, Arkansas - allegedly assaulted a DC Metropolitan Police Officer with a baton, flag, pole, and a crutch.

The indictment also claims Clayton Ray Mullins of Benton, Kentucky, assaulted the same officer, as well as a second Metropolitan Police Officer, whom Whitton and Sabol are accused of assaulting separately.

Whitton's arrest marks at least the tenth arrest of an accused Capitol rioter with Georgia connections.