Georgia National Guard soldiers headed to Washington ahead of inauguration

Members going to assist with security for inauguration. 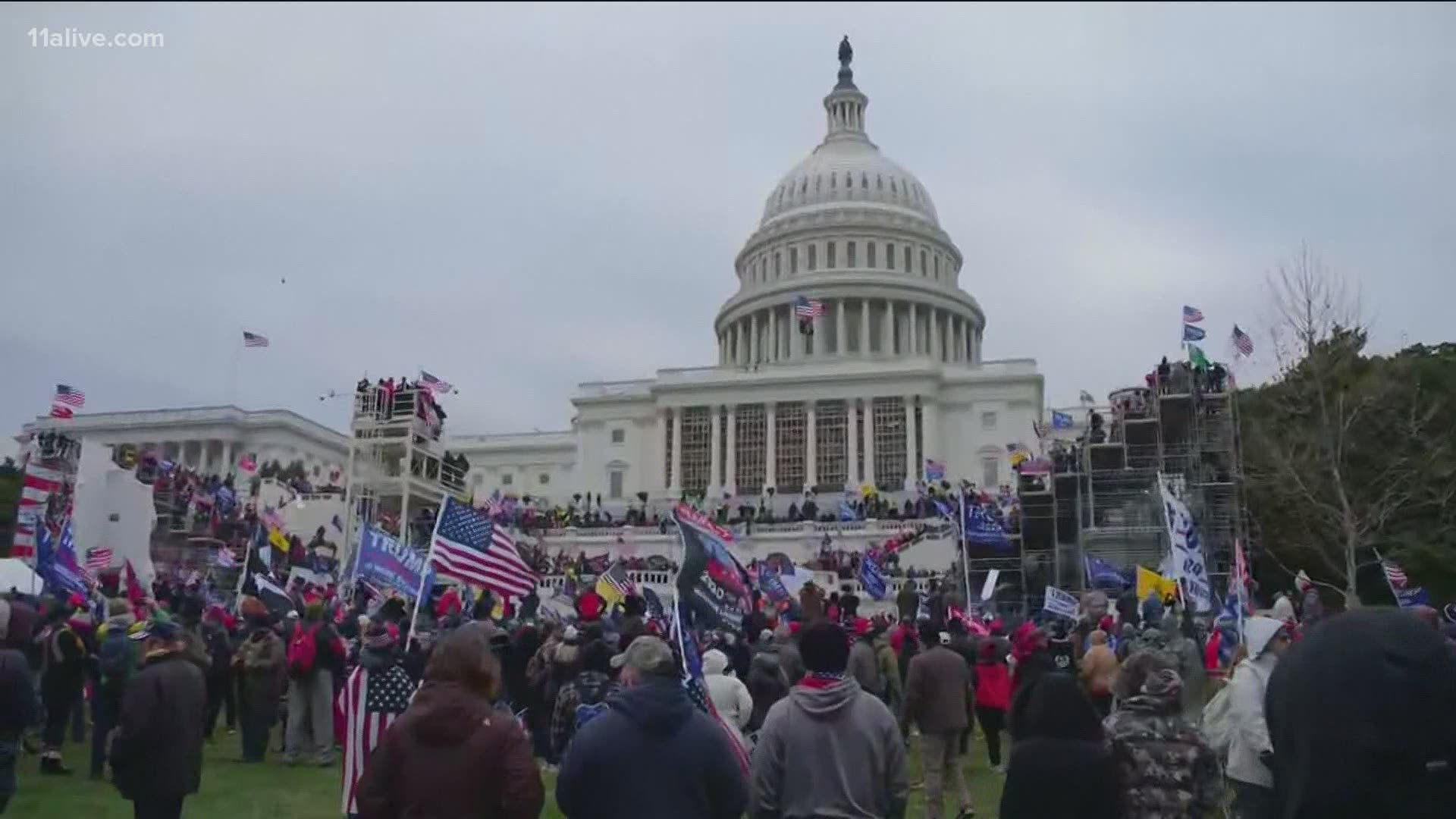 ATLANTA — Members of the Georgia National Guard are en route to Washington to help with the inauguration of President-elect Joe Biden next week.

According to Military Times, more than 20,000 National Guard members from states across the nation have been activated to assist with security efforts during the transition.

In a tweet from the Georgia National Guard on Friday evening, the agency said it is "mobilizing to our nation's capital in preparation to assist with a peaceful transition of power for the 59th Presidential Inauguration."

Security has been heightened in Washington following a riot at the U.S. Capitol on January 6, when supporters of President Donald Trump stormed the building.

Georgia Guardsmen are mobilizing to our nation's capital in preparation to assist with a peaceful transition of power for the 59th Presidential Inauguration. #SharedValues #SharedPurpose #SharedVictory pic.twitter.com/SBczZEyxpe

The riot led to the deaths of five people, including one law enforcement officer.

On Wednesday, one week after the riot, the House of Representatives voted to impeach Trump for a second time, which made him the first president in American history to be impeached twice.