Since January, National Guard troops from around the country, including from Georgia, have been assisting with security at the U.S. Capitol. 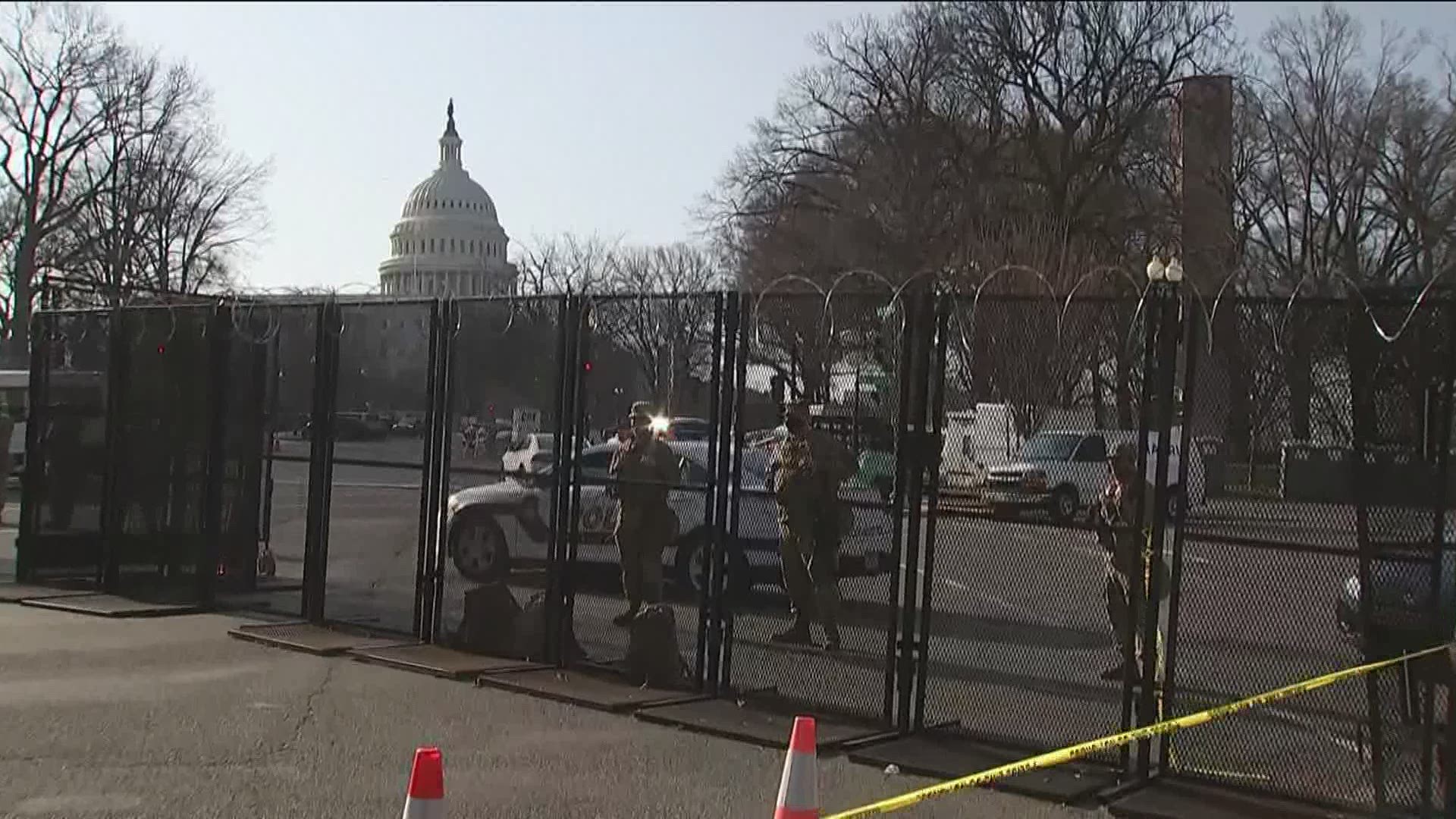 ATLANTA — More than 150 Georgia National Guard are contributing to the effort to keep the United States Capitol secure, after federal law enforcement uncovered possible threats against the building - and lawmakers.

According to a Georgia National Guard spokesperson, 156 Georgia troops were stationed in Washington, D.C. Thursday to assist with security.

Georgia and other states from around the country have had National Guard troops in D.C. since January, following the deadly siege at the Capitol on Jan. 6 and leading up to President Joe Biden's inauguration later in that month.

A Pentagon spokesperson earlier this week confirmed the National Guard mission was set to end on March 12.

But late Thursday afternoon, the Associated Press reported U.S. Capitol Police have now requested a 60-day extension. NBC News reported "it's unclear how many troops the Capitol Police are requesting. The defense officials said the request was an initial ask, with a more detailed request still forthcoming."

Many of the extra layers of security put in place around the Capitol following the events of Jan. 6 and for the presidential inauguration remain in place, including fencing topped with razor wire and troops standing by and in the streets.

In a press release Wednesday, the U.S. Capitol Police wrote they "have obtained intelligence that shows a possible plot to breach the Capitol by an identified militia group on Thursday, March 4," and are "taking the intelligence seriously."

March 4, historically, represents a significant day, as it once served as the date for presidential inaugurations, until the 1930s, when the 20th Amendment moved the ceremony to January.

QAnon conspiracy followers have considered the date as the "real" inauguration date, believing it would be when former President Donald Trump would return to office.

In response to security concerns, the House of Representatives worked into the night on Wednesday before ending its work week early.

The U.S. Senate, though, remains in session as previously scheduled, and senators - including Georgia's Sen. Jon Ossoff and Sen. Raphael Warnock - have begun debating the latest COVID-19 relief package.