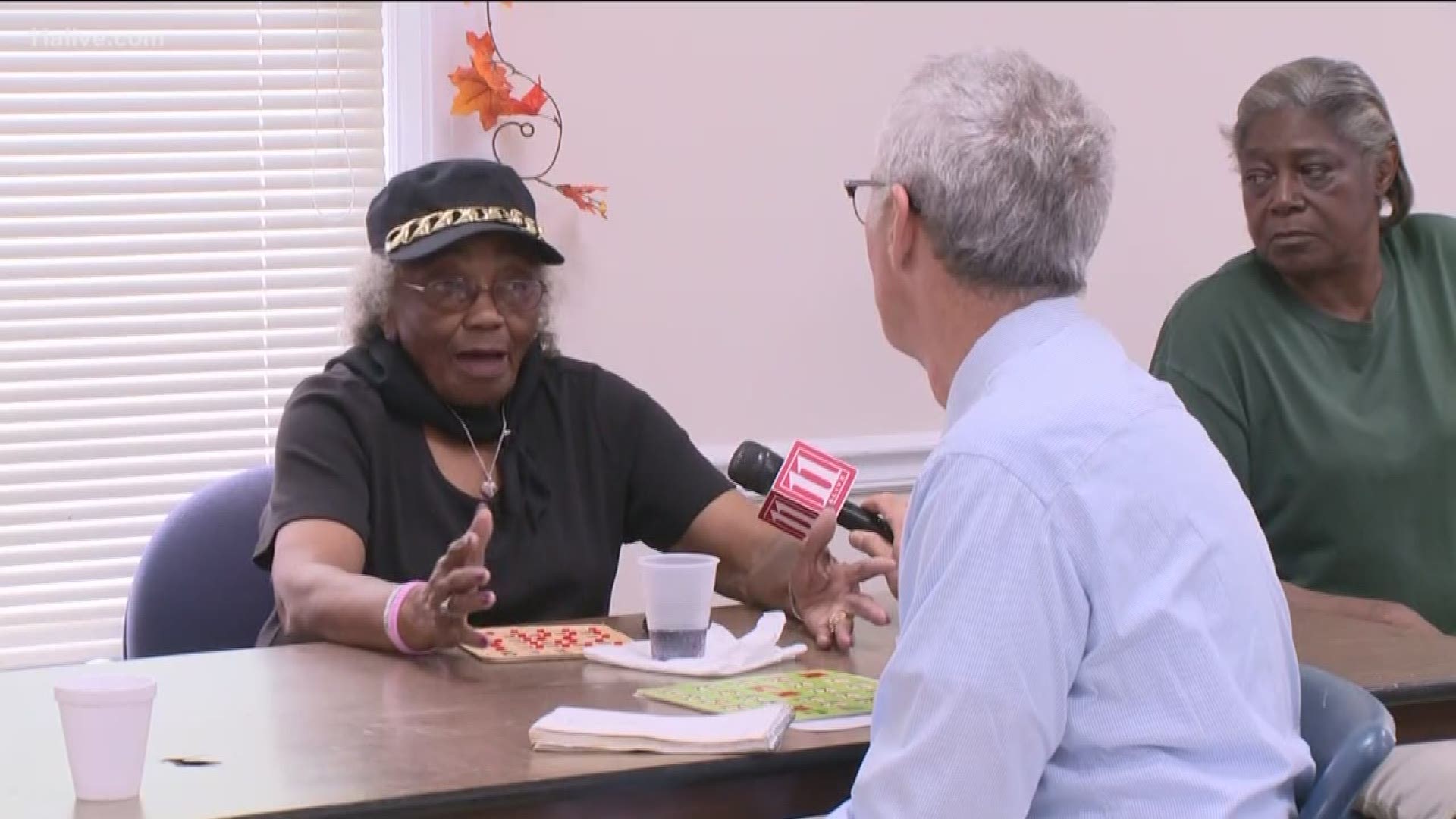 LOUISVILLE, GA -- In east Georgia, officials in Jefferson County deny they were suppressing votes when they ordered a busload of black voters to exit the vehicle.

A video on Twitter shows a bus emblazoned with “black votes matter,” loading folks from a county-run senior center in downtown Louisville – on Monday, the first day of early voting.

"All of a sudden the bus pulled to a stop and then they said we had to get off," said Josephine Johnson.

County officials say they had already made arrangements for the folks at the senior center to vote – but on a county transit bus, not the "black votes matter" bus. When county administrator Adam Brett heard about the private bus – he decided to end the event.

"Public transit brings them (to the senior center, so) we feel somewhat responsible for their safety while they’re there. We didn’t know this group. This group was not vetted. We felt a liability on our end to just open to a group we didn’t know about," said Adam Brett, the Jefferson Co. administrator.

Brett says he was also suspicious that one of the Jefferson’s County’s leading Democrats was on the bus with them.

"It would be no different had the Republican party president wanted to host an event. We would not have allowed that either," Brett said.

The Twittersphere turned the incident into one of alleged voter suppression. In Louisville, the NAACP president says it really wasn’t. "I don’t find anyone at fault. I find that it’s just a misunderstanding," said Charles E. Brown.

The director of the senior center, who is African American, agreed. "I just hate that this is out there like that, saying they are against, or they don't want them to vote because it’s not true. It’s not true," said Tammie Bennett.

Bennett says all of the voters who have asked to be taken to vote early have done so since Monday's aborted bus ride.