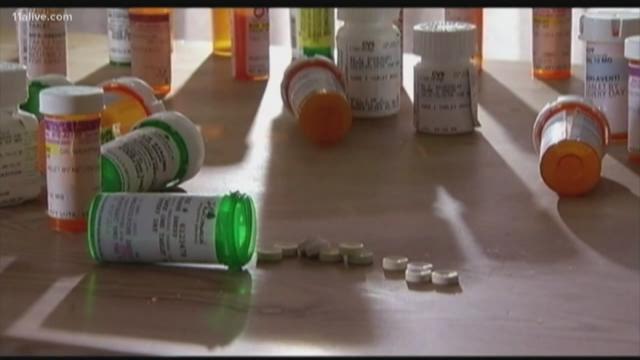 ATLANTA — Georgia's senators are sending to the House a bill designed to curb abuses by those treating the opioid epidemic. Backers hope it will encourage patients to seek help.

The hugs in the hallway outside the Senate gallery signaled what backers described as a milestone in the long effort to halt the opioid epidemic.

"It allows (addicts) to get into a (rehab facility) without having to pay unnecessary money," said Missy Owen, who lost her 20 year old son Davis to heroin addiction.

Her story was central to an 11Alive news report called “The Triangle,” which led the way exposing opioid and heroin addiction in Atlanta’s northern suburbs.

THE TRIANGLE | Watch the full investigation

The February 2016 story showed how prescribed opioids made addicts of their users, and often led them to heroin use. The problem has only increased since.

"We’re getting to the point where deaths from substance abuse and overdoses is greater than traffic accidents," said state Sen. Renee Unterman (R-Buford), who sponsored the bill that clamps down on what she called “vultures” who are exploiting addicts.

The bill makes "patient brokering" illegal – including referral fees among treatment services. It increases penalties for insurance fraud. And it appoints a statewide commission to oversee treatment programs, run by what backers call a Georgia “drug czar” who would answer to the Governor.