She was arrested March 25 after she knocked on the door to Republican Gov. Brian Kemp’s office just before signing the bill into law. 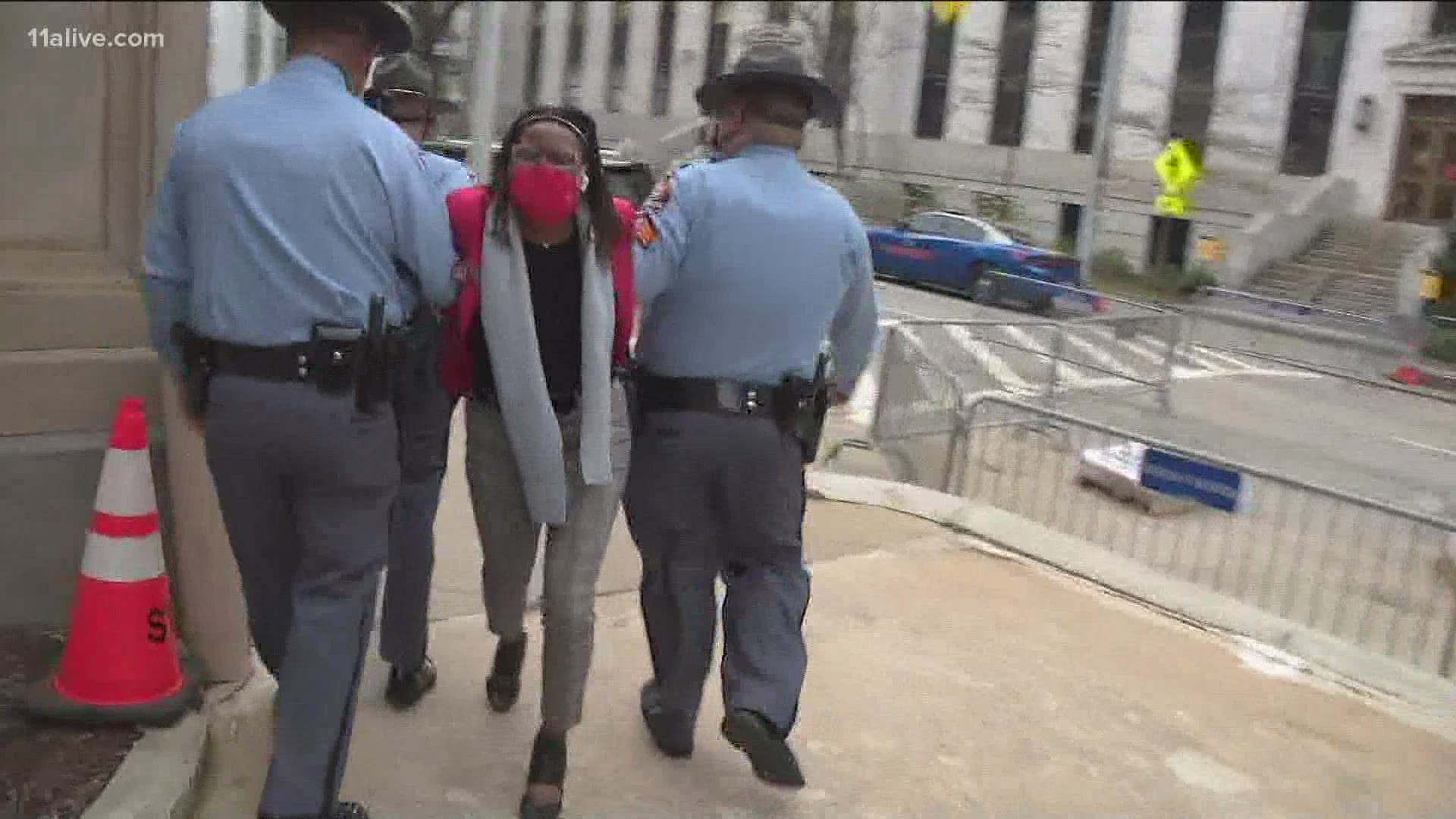 ATLANTA — The Fulton County district attorney said she will not pursue charges against a Georgia state lawmaker who was arrested during a protest of the state’s sweeping new election law.

Rep. Park Cannon, a Democrat from Atlanta, was arrested March 25 after she knocked on the door to Republican Gov. Brian Kemp’s office while he was on live television speaking about the voting bill he had just signed into law.

Fulton DA Fani Willis said Wednesday that she won't present the matter to a grand jury for indictment. Willis said that while some people may have found Cannon's behavior “annoying,” it does not justify the charges against her.

In a statement to 11Alive, her attorney, Gerald A. Griggs said this:

"Facts and evidence showed to the world that Rep. Cannon committed no crime and should not have ever been arrested. We thank the district attorney for her thorough review of the evidence and are weighing our next legal actions."