A mom told the sheriff that her daughter “felt like the police would harm her, not protect her.” 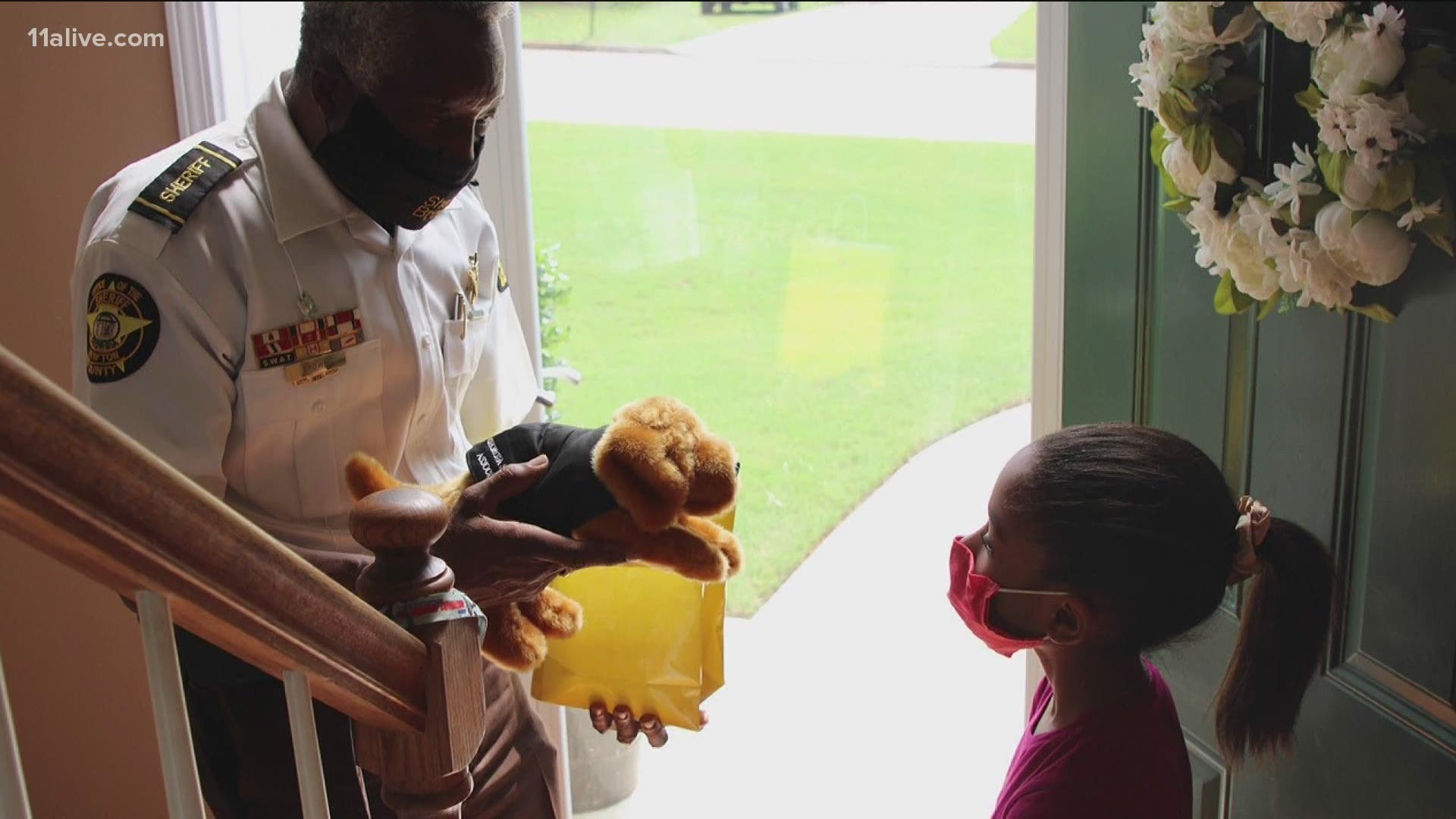 COVINGTON, Ga. — As tensions rise between the Black community and law enforcement across the world with thousands protesting against police brutality, a sheriff in Georgia is helping one girl cope with fear.

Briana’s mom Kimmie Cox privately reached out to Sheriff Brown to request a meeting with her daughter who was terrified of law enforcement officers following the deaths of Breonna Taylor, Ahmaud Arbery, and George Floyd.

Cox told Sheriff Brown that her daughter “felt like the police would harm her, not protect her.”

“I do not nor will I ever condone the excessive force used by law enforcement officers in Minnesota and other cities around the country,” Sheriff Brown said in a statement. “Very recently, I assured my 12-year-old granddaughter that my deputies and I would never conduct such actions on another individual. Just as I assured my granddaughter, I assured Briana that my deputies and I would never inflict harm or damage on her and her family.”

Sheriff Brown surprised Briana with some goodies, including a C.H.A.M.P.S. mascot stuffed dog, and promoted her to Junior Deputy.

According to Newton County Sheriff’s Office, the next day, Cox reached back out to inform Sheriff Brown that her daughter would not stop talking about the surprise visit.