The troopers graduated in August. 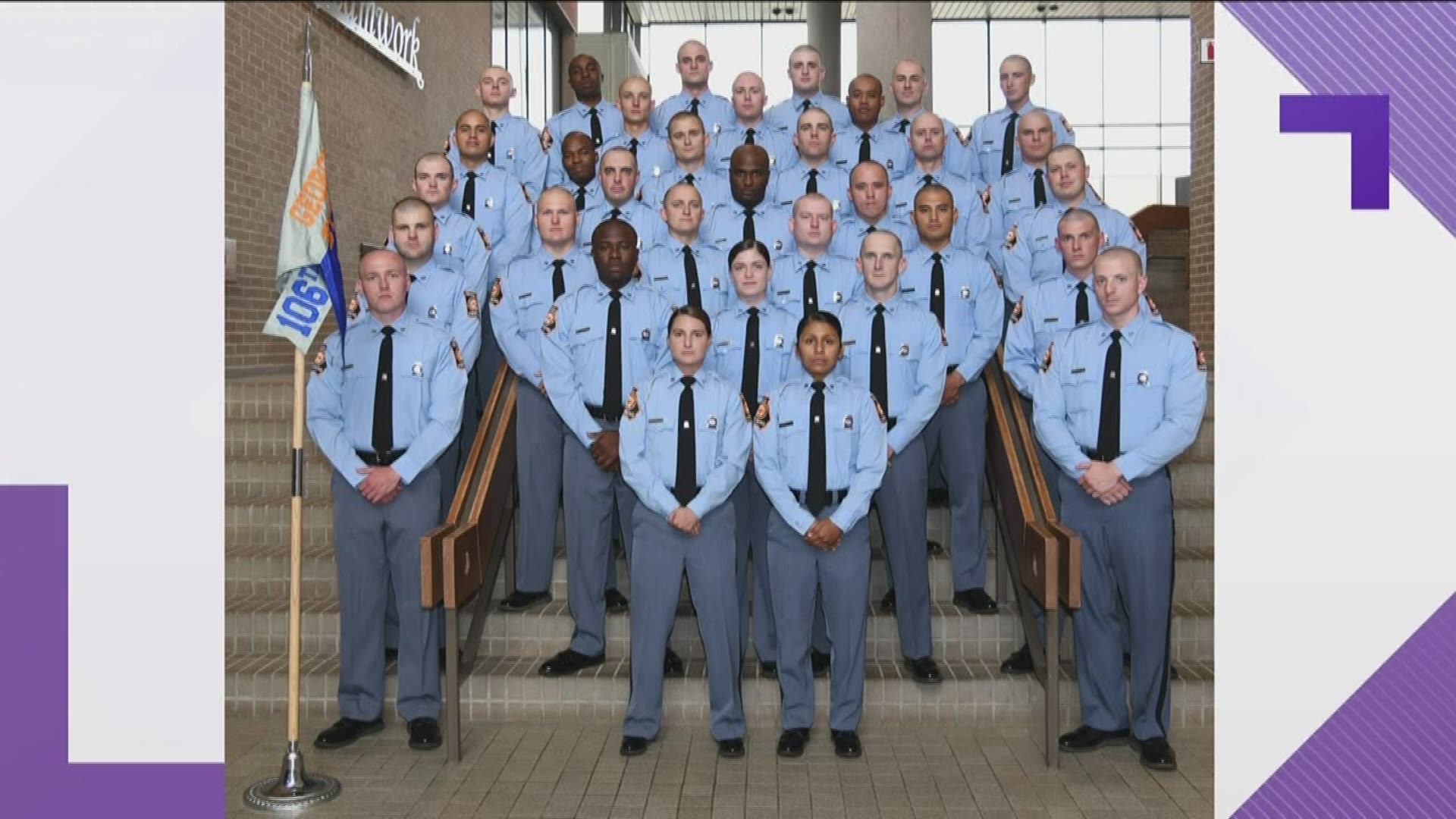 The cheating ring revolved around the exam cadets take to be certified to operate a speed gun, McDonough said. It occurred within the 106th Trooper School, which graduated in August.

"It's a punch in the gut," McDonough said. "It goes to the core of what we do. Speed detection, enforcing the speed limit is one of the core functions of what the patrol has always done."

RELATED: LIST: These are the Georgia State Patrol troopers dismissed in cheating scandal

McDonough said there were four primary allegations investigated, and all were corroborated:

"My opinion of the class is it wasn't so hard. It was something you had to pay attention to, but it wasn't rocket science, it wasn't engineering," McDonough said.

According to McDonough, the ring included cadets sharing information on Snapchat  and GroupMe and also lining up their stories with one another over the social media platform once an investigation had begun.

An initial allegation against a single trooper, who had apparently given his username and password to a woman he was in a relationship with. The woman who took the tests on behalf of the cadet told GSP about doing so.

"What her motivations were, I'm not quite clear," McDonough said. "But I mean obviously she realized that it was wrong and she came forward."

That led to the discovery of the various other cheating instances.

"Our whole mode is to produce an officer that the public can trust. When a person is pulled over, when they're given a speeding citation, they should feel that the training the person received and their performance on the exams to get that certification has been done so without cheating," McDonough said. "And so this goes to our very core values and so it is something that its difficult to swallow."

McDonough explained 33 troopers initially graduated. One other cadet had previously resigned for reasons that weren't disclosed, another had been dismissed previously and the third is on military leave.

He indicated that two cadets, considered the smartest in the class, had failed an online exam, leading to a "panic among the class."

"Two individuals who were very well respected they saw them as smart individuals, quickly took this course online and then failed the exam. There was an element of if these two individuals fail the exam how's it gonna affect us," McDonough said.

He said there had been as many as 133 speeding tickets written by troopers who had not cleanly passed exams to operate speed guns before they were taken off that duty. It's not clear if those tickets will eventually be waived.

McDonough implied, though, there were possibly grounds for them to be vacated, if they were challenged.

"I know what i would do," if given one of those tickets, he said. "And so part of what we will do will be notifying the court systems that those citations are written and the actions we've taken against the officer that wrote them."

McDonough said his first move would be to try and eliminate online instruction in the Trooper School curriculum.

"In this instance our training academy is a resident academy, so my initial reaction is to completely move away from any type of online instruction and then all of our instruction will occur by instructors in the classroom, with what's supposed to be proctored exams," he said. "And so that's kind of my initial reaction and that's kind of the direction that I've gone - away from the element that has occurred into something we have more control over."

This is the full list of the 106th Trooper School: