Her husband died and their family home burned down months later. She started 2020 with a new house.

Susan Kessell lost her husband, home and pets within five months of each other. Now, her life is starting to come together again. 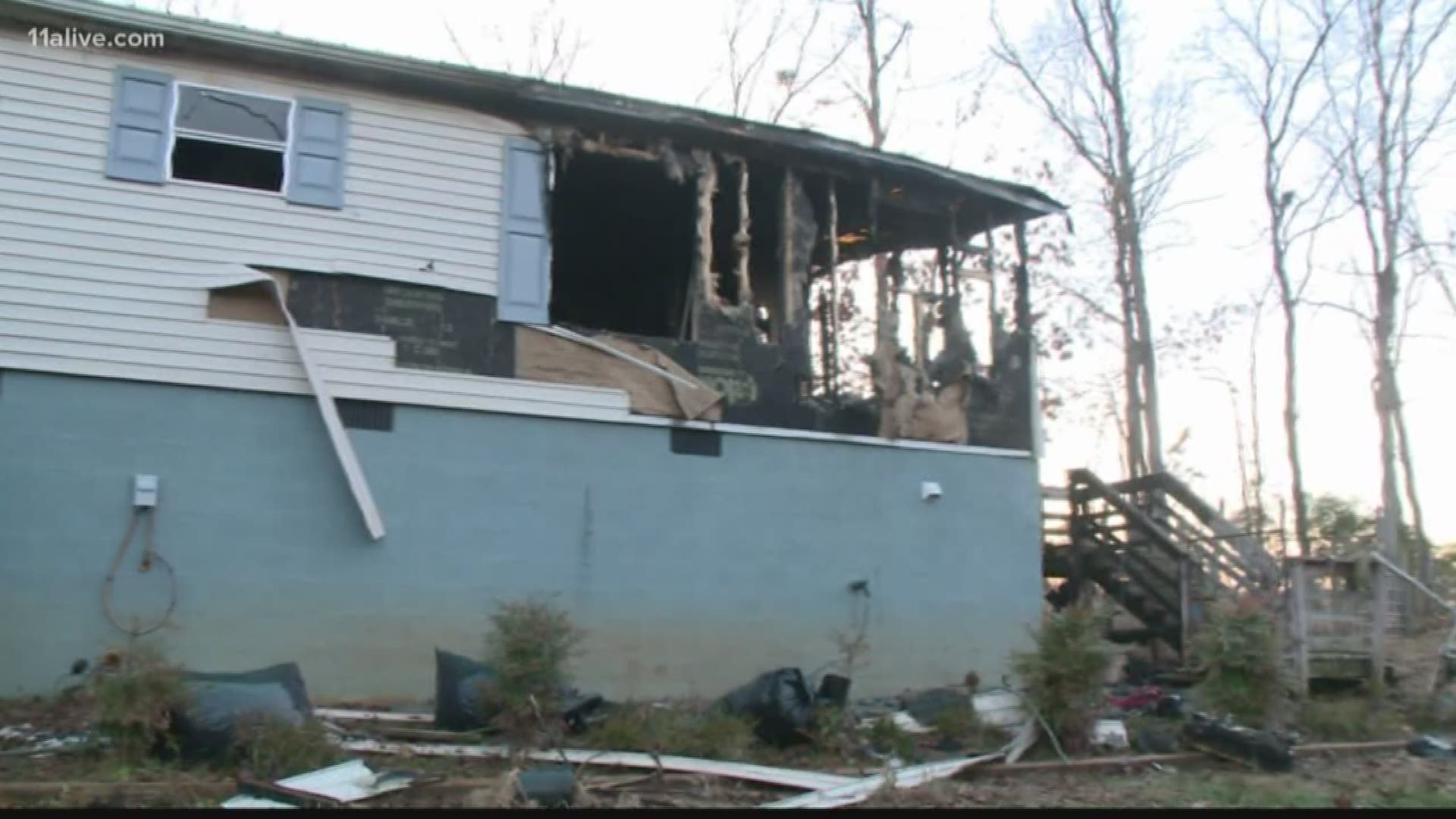 COMMERCE, Ga. — A few days before 2018 ended, Susan Kessell called the year the hardest of her life.

The first-grade teacher was planning to retire, pay off her mortgage and travel the world with her husband of 14 years, Bill - "Wild Bill" as Susan liked to call him.

Before any of that could happen, Bill died.

“It just became harder after our house burned.”

Five months later, their home Commerce was destroyed by a fire with her pets inside.

“Why aren’t you here?" Susan asked, thinking about Bill, standing outside the charred remains of their home.

The next year dragged on - slow and sometimes painful.

"Until you go through it, you really don’t understand and how quick you can go back to that grief or that day.”

After spending nearly 365 days of living with a friend, she moved into a new home on her old property. She moved just a few days short of the new decade. It's complete with a back deck to spend time with her children, who she credited with helping her get the new place.

“That was really important to them, to see me back in a home," she said.

Turquoise is the main color choice for decor. And there are cows, which is her favorite animal, scattered across the 3-bedroom manufactured home.

“To have my own place and be able to put my own twist on things and all my cows and nobody can say ‘I don’t want that in my house.’”

But there’s things missing - items from her life with Bill.

“Everything that we had together was gone,” she explained, sitting on her new couch, cozying up next to a pillow prominently featuring a cow.

But despite the lingering feeling of loss, the new year brought Susan someone new to love.

“I have a new grand baby that was just born last month,”  she exclaimed with glee.

That makes her a grandmother of 16.

She retired briefly in early 2019 but needed to go back to work to make ends meet. Now, she’s a substitute at her old school, Kanoheda Elementary in Gwinnett County.

So, with a new home, a new grand-baby and a new role at work, Susan now knows the difference a year can make. But, with so much change, one thing remained constant.

She still misses her "Wild Bill."

“I have a better understand for people who have lost their homes, their cars, whatever. It’s hard.”

Susan knows none of it would have been possible without her friends, family, and the understanding that it’s okay to not be okay.

“Don’t try to do it all yourself. You can’t. And it’s okay to have bad days.”

In the next year, she hopes to finish the work on the outside of her property, still blackened from the flames that took her original home. A GoFundMe was set up to her help with rebuilding and taking care of her pets that survived the 2018 fire.