Mayor of Grovetown Gary E. Jones made the announcement on his Facebook page, stirring quite a debate. 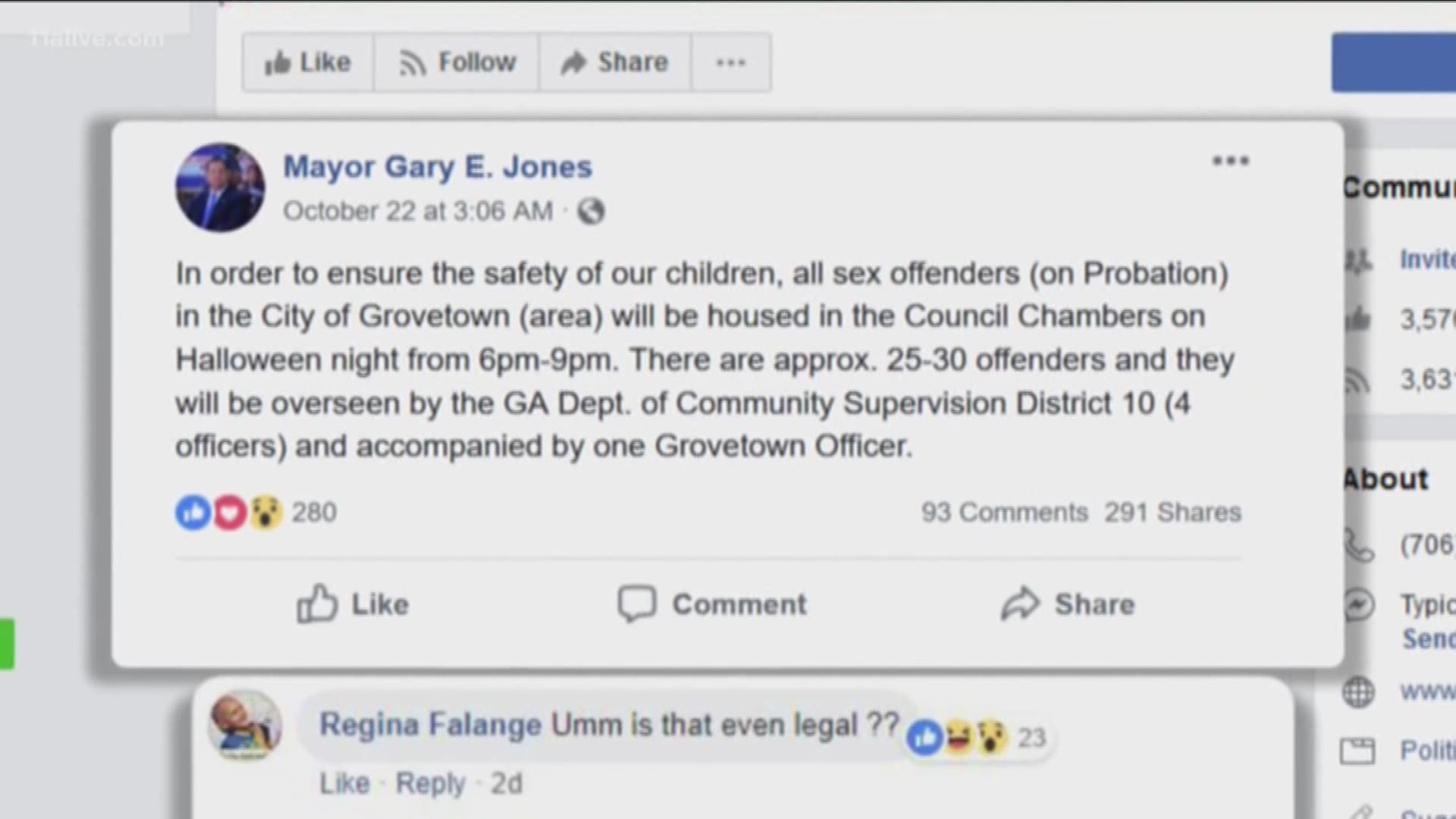 GROVETOWN, Ga. — A mayor in Georgia plans to round up sex offenders on Halloween to house them at city hall.

Mayor of Grovetown Gary E. Jones made the announcement on his Facebook page, stirring quite a debate.

He posted, "In order to ensure the safety of our children, all sex offenders (on probation) in the City of Grovetown will be housed in the county chambers on Halloween night for three hours.”

Jones went on to say the 25 to 30 offenders will be overseen by the Georgia Department of Community Supervision and a local police officer.

If you're wondering if this is legal, the answer is yes.

The Georgia Department of Community Supervision has the option of requiring paroled sex offenders to check into a specific location on Halloween night or at any time.

This action didn't come from any previous incident; Mayor Jones said it is a "precautionary action.”

The action is getting quite a bit of support from residents, but some negative feedback, too. Beatrice wrote, "these offenders have paid their debt to society… to place them in a building as a criminal is wrong."

There is no hard evidence that proves children are more vulnerable to sexual predators on Halloween than any other night of the year, but the National Safety Council reports children are more than twice as likely to be hit by a car and killed on Halloween than any other day. Critics believe resources are be better served tackling that rather than going after the sex offenders.