A car and a pickup burned after being struck by an 18-wheeler in a wreck that shut down the westbound lanes of Interstate 10 just west of Beaumont. 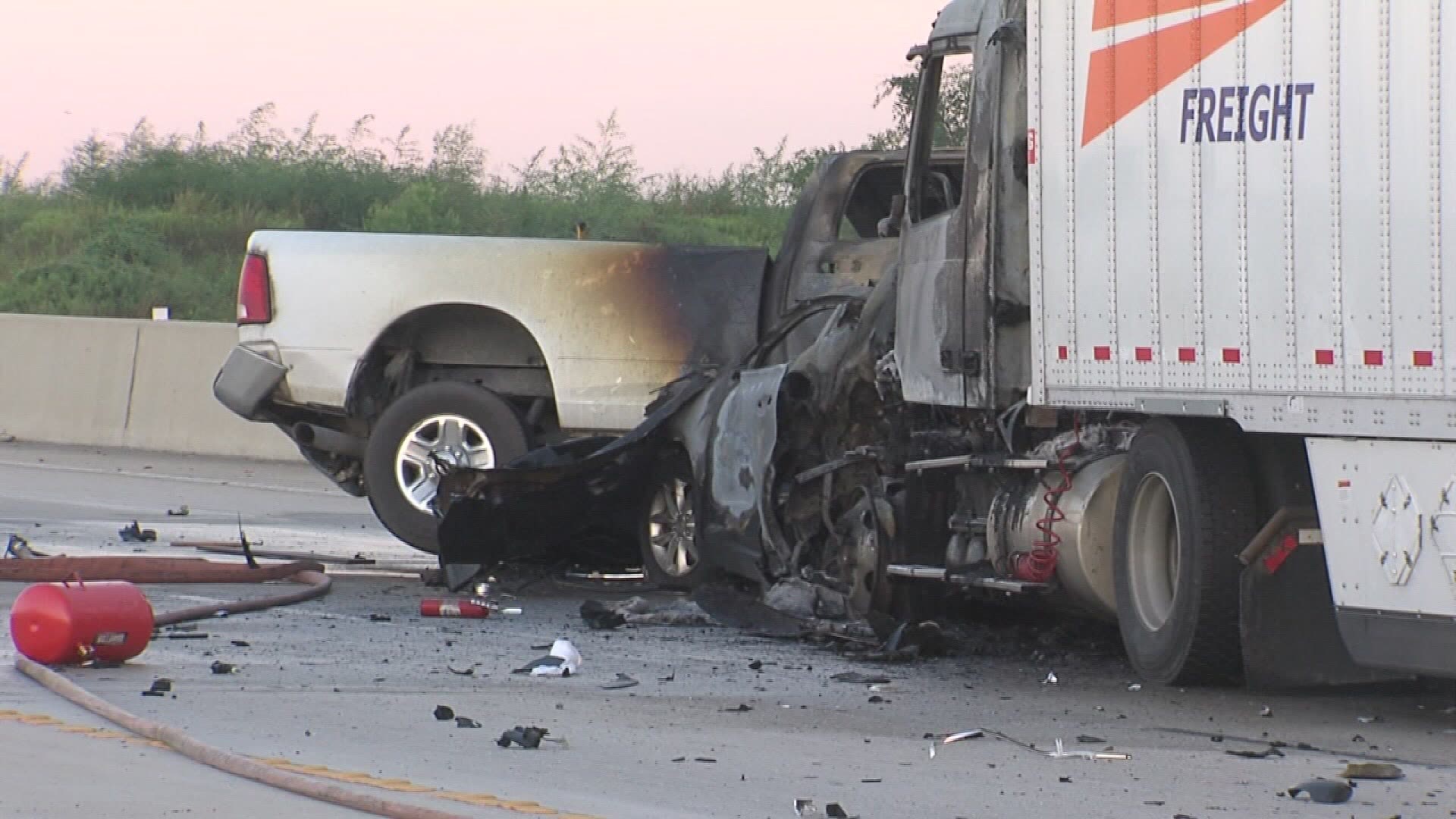 BEAUMONT, Texas -- A Georgia mother and three of her children were killed in a multi-vehicle accident in Beaumont, Texas Thursday morning.

Several vehicles caught fire in the crash that shut down the westbound lanes of Interstate 10.

Police confirmed that four people traveling from Georgia were killed.

They also had three other occupants in the vehicle.

A car and a pickup burned after being struck by an 18-wheeler in a wreck that shut down the westbound lanes of Interstate 10 just west of Beaumont Thursday morning according to Beaumont Police Officer Haley Morrow.

The burned out wreckage of the small car could be seen between the front of the 18-wheeler and the pickup, which ended up sideways in front of the car and 18-wheeler.

There was also a hazardous materials spill associated with the wreck that was cleaned up according to Morrow.

The wreck happened on the Major Drive overpass at about 6:30 a.m.

A previous wreck, in which a 45-year-old Lake Charles man was killed when his pickup rear-ended an 18-wheeler about two and a half hours earlier, was still being cleared several miles ahead.

It is currently unclear if traffic from that wreck, near the Goodyear plant, was a factor in the wreck on the Major Drive overpass.