If you traveled along Piedmont Road, you may have seen a herd of goats running amok. 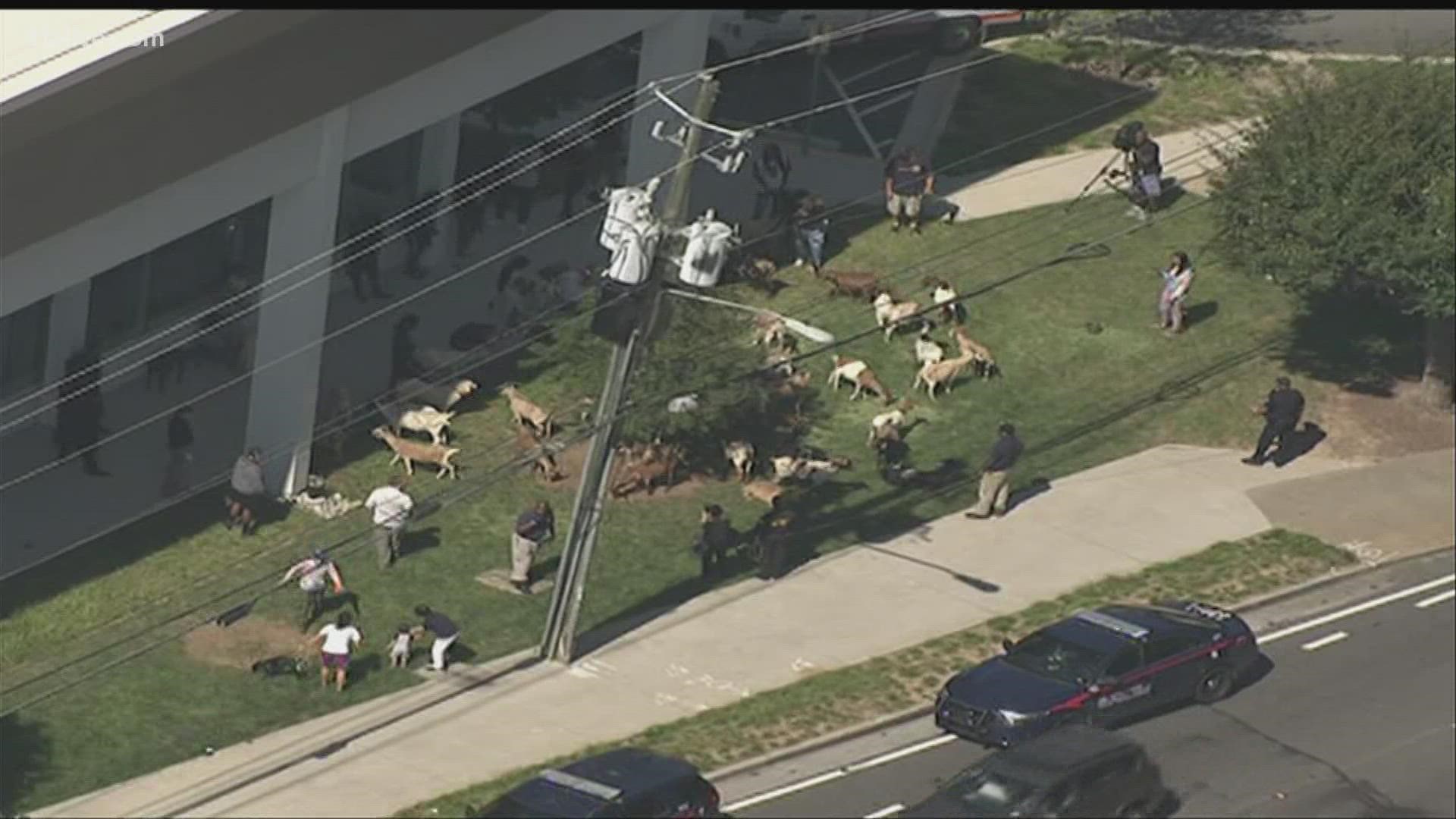 BUCKHEAD, Ga. — Your eyes were not fooling you! There was indeed a herd of goats on the loose in Buckhead.

11Alive SkyTracker even got in on the action and found the nearly two dozen goats roaming in the area.

A small fence was set up around the goats to keep them all in one area. The goats' mini-vacation came to an end around 1 p.m. when an animal transportation trailer pulled into the area and began loading the livestock into the vehicle.

Atlanta Police Department said in a statement the officers responded after a passing driver called about goats in the roadway. Officials say the goats were brought out to Kroger to eat weeds behind the store, but somehow got out through the fence before they ended up near Piedmont and Peachtree roads.

According to a Facebook post from Buckhead Goats Farmhouse, a tourist attraction company that also runs a "goat mansion" Airbnb, officers called the company asking if the animals on the loose belonged to them.

"I thought it was like a few goats and one Great Pyrenees dog. I jumped into the patrol car, I brought three leashes, a trash bag worth of alfalfa hay and some goat feed. When I got there it was AN ENTIRE HERD OF GOATS and THREE GPs (guardian livestock dogs.)," the post said.

Buckhead Goats said the herd didn't belong to them, but they still jumped in to help with the situation.

"I also picked up all the plastic trash so they don’t eat that and have intestinal blockage. Stressing out trying to keep all the goats together and calm until the electric fence could get here with goat transport," the post said.

BIG CHEERS to Officer DaJuan Walker for knowing there was a goat house near by on Wieuca. He came to the goat house to...

The company gave kudos to Officer DaJuan Walker, who apparently knew their goat house was nearby on Wieuca.

No goat or person was injured. APD released this statement regarding the incident:

"Animal Control has responded to the scene and the owner of the goats has also been contacted and is en route to remove them from the area. No injuries reported at this time as the investigation continues."