The family wanted to do something nice for the driver. 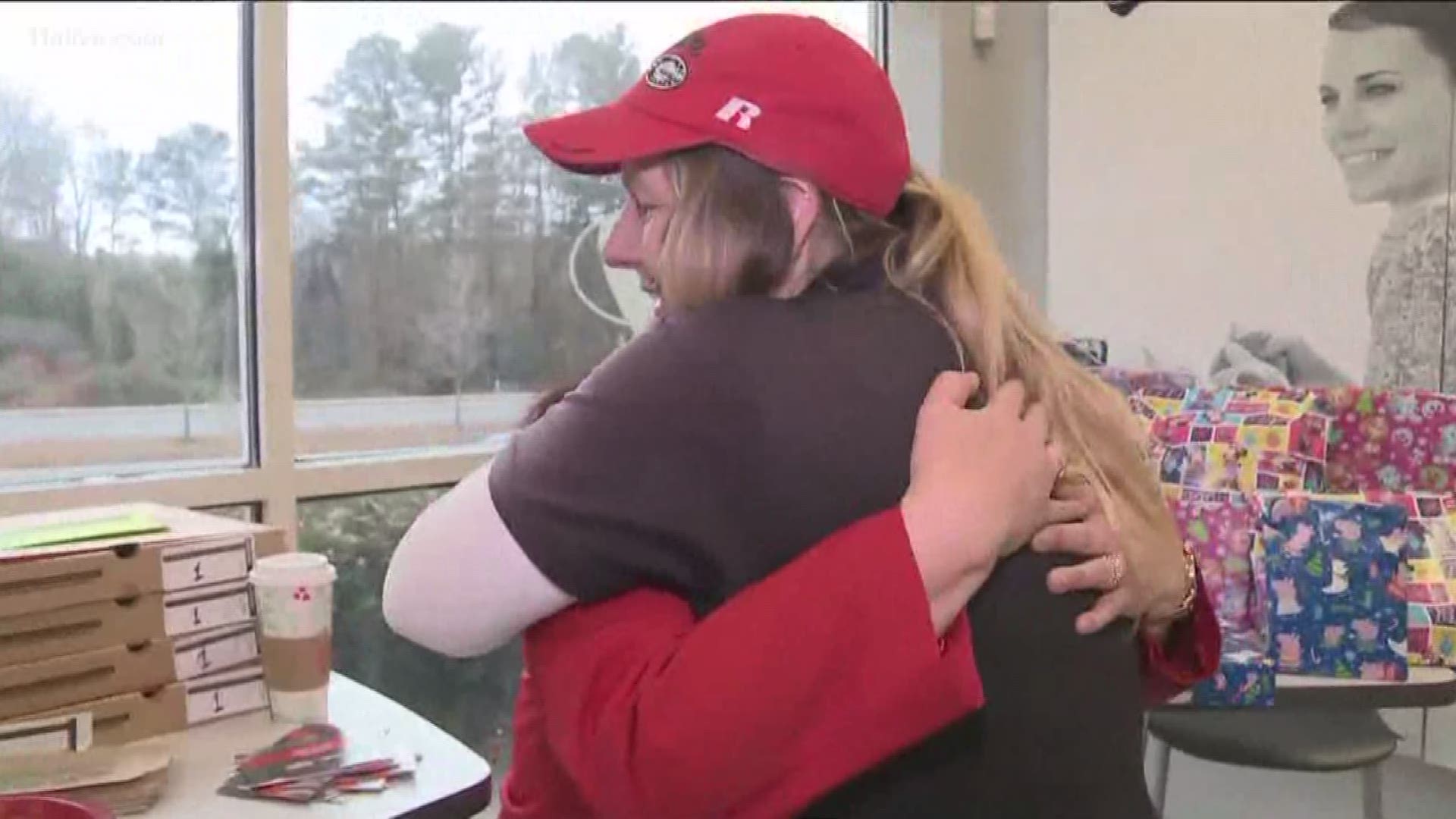 A random act of kindness from one family has turned into a big blessing for a Papa John's employee.

This is how the West family met Pamela Kirby. What was supposed to be a 40 to 50 minute delivery, took over an hour and a half. The pizza was for a 4-year-old's birthday party.

When the pizzas finally arrived, the delivery driver Pam was very apologetic about it all. She called her manager and they credited the bill for the West family.

Pam happened to deliver the same family more pizza about a week later and she told them about her story and her need of new tires for her car. She also told him about wanting to do more for her granddaughters for Christmas.

That's all that the West family needed to know to show Pam some support.

"We as a family, have felt it placed on our hearts to help her with a new back tire and some gifts for her granddaughters," Jenny West said. " What started out as a Facebook post asking if anyone would like to help as well, has turned into something amazing."

In one day, Jenny said they have raised over $900, they've gotten four brand new tires, toys, books, and clothes for her granddaughters.

West said Papa John’s corporate is working on their end to help her with their employee fund and National Tire & Battery  is giving a free oil change.

She was so shocked when she showed up to a location in Austell Saturday to make what she thought was a delivery of two-liter drinks. Everyone was waiting inside for Pam to arrive.

"We just wanted to be able to come alongside her and ease her burdens," Jenny said.

Papa John's covered her other deliveries while the surprise for Pam unfolded. Pam is grateful that these strangers have done so much for her family.

The West family hopes others will be encouraged to do random acts of kindness as well.