No evidence of a bomb was found and students were able to return to class. 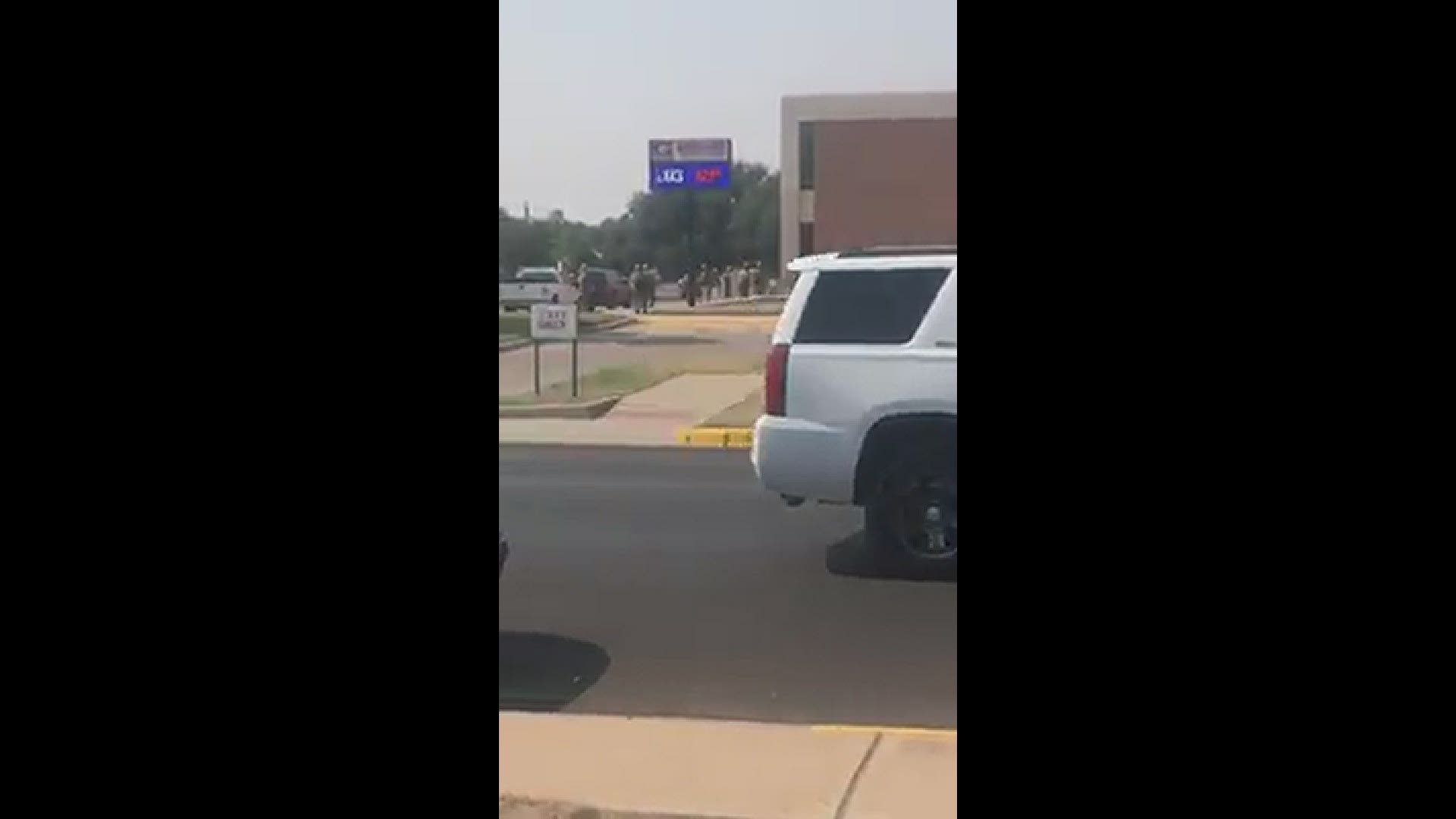 MIDLAND, Texas — MISD and MPD are investigating after Midland Crime Stoppers received a tip about a possible bomb threat at Goddard Junior High.

In a voicemail sent out to parents, MISD says students were moved to Emerson Elementary as a precaution, though some were dispersed throughout the neighborhood.

MISD confirmed the bomb threat via email and said the MPD bomb squad was assisting in sweeping the campus.

The Midland Fire Department was at the school as well assisting.

After investigating, MISD officials say one student has been arrested and charged with making terroristic threats.

No evidence of a bomb was found and students were able to return to class.

At this time no more information is available and the student has not been identified, likely due to their age.