When clips of the incident went online some commenters claimed the video showed a fight on the interstate. Those involved say that couldn't be further from the truth 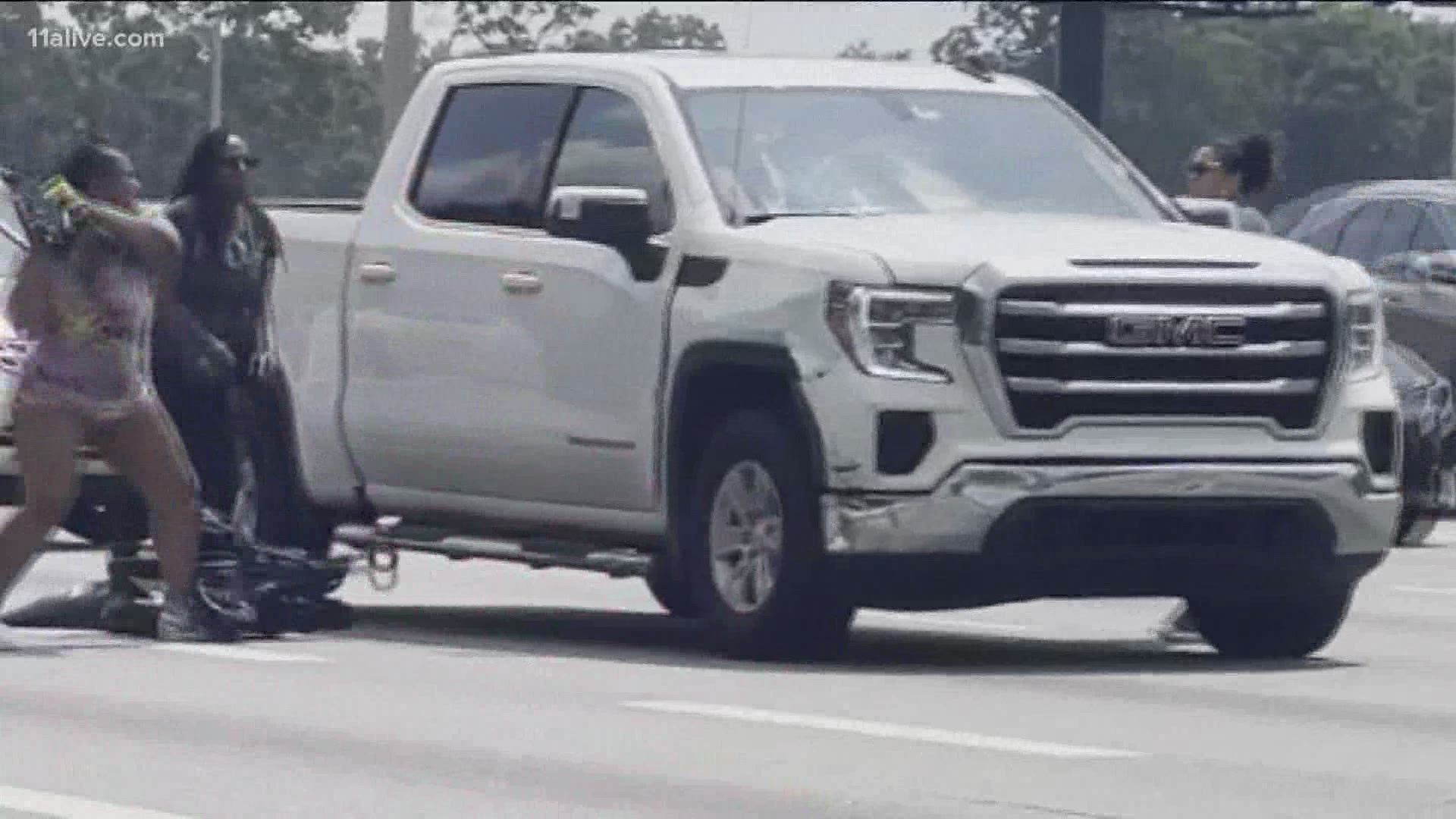 ATLANTA — A heart-stopping scene along the Downtown Connector was captured on video as good Samaritans jumped into action to save a man suffering a medical emergency behind the wheel of a truck.

The situation unfolded Sunday afternoon when a truck was moving slowly down the interstate, heading north past Georgia State University's football stadium.

Drivers and passengers in other vehicles noticed the truck's driver slouched over and appearing unconscious.

"I looked over to the right and I saw an older guy driving his car but he was leaned over. He had passed out," said Juordin Carter who recorded video of the incident on her cell phone.

People then started pulling over, and once the truck came to a stop began trying to bust the windows.

One of those good Samaritans was Pastor Qua Tucker.

Tucker was still dressed in his Sunday best after leaving services at Mount Calvary Missionary Baptist Church in Moreland and driving up to Atlanta for lunch.

In his dress clothes, Tucker began running alongside the truck and then attempted to smash out the windows.

Tucker said all sorts of people started getting out of their cars and tried to help.

In video clips, people can be seen using mallets, a baby stroller, and other items in an effort to save the man.

"Felt good to see people, strangers rather regardless of race, sexuality, politics, political views or what now come together to help someone else," Tucker said.

As people focused on the truck's windows, Tucker's friend Davian Taylor, an associate minister at Welcome Friend Baptist Church, tried to remain calm amongst the chaos as he talked with a 911 dispatcher from the middle of the interstate.

"The operator was getting frustrated as I was panicking because you know we are on the highway with all of this traffic coming. It was just a crazy scene," Taylor said.

"There are still good things out there that can happen even though they tried to portray it as something that it wasn't was," Carter said.

Carter posted her video of the scene online afterward and said commenters started claiming the clips showed a fight on the interstate, not a rush to help a man in need of assistance during a medical emergency.

Carter said once the truck came to a stop and after unsuccessful attempts to break the side windows a woman eventually broke the truck's rear window.

Then her friend Jelani Campbell jumped into action.

"I immediately got on the truck started kicking the rest of the windshield down, that is when I slid in and unlocked the door," Campbell said.

Someone then put the truck in park and turned it off.

With the doors open, Carter comforted the man until first responders arrived.

"I was just trying to keep him here with me in this moment."

Meanwhile, Campbell grabbed the man's phone and called his wife.

"I stayed right there and let her know everything that's going on and what hospital and to follow up and let us know."

A short time later first responders arrived and took the man to the hospital.

Atlanta Police said in a report that the man "appeared to be suffering medical distress."

Tucker and Taylor said the safe ending was a prayer answered. The truck didn't hit any other vehicles and no one was hurt.

"That was our prayer in the moment, that hey God, let's please make sure this man is okay."

Several of the good samaritans tell 11Alive they had heard from the man's wife that he was in the hospital and doing better Monday.

Attempts by 11Alive to reach his family were unsuccessful.