"Big government does not solve poverty. That is a Democrat message." 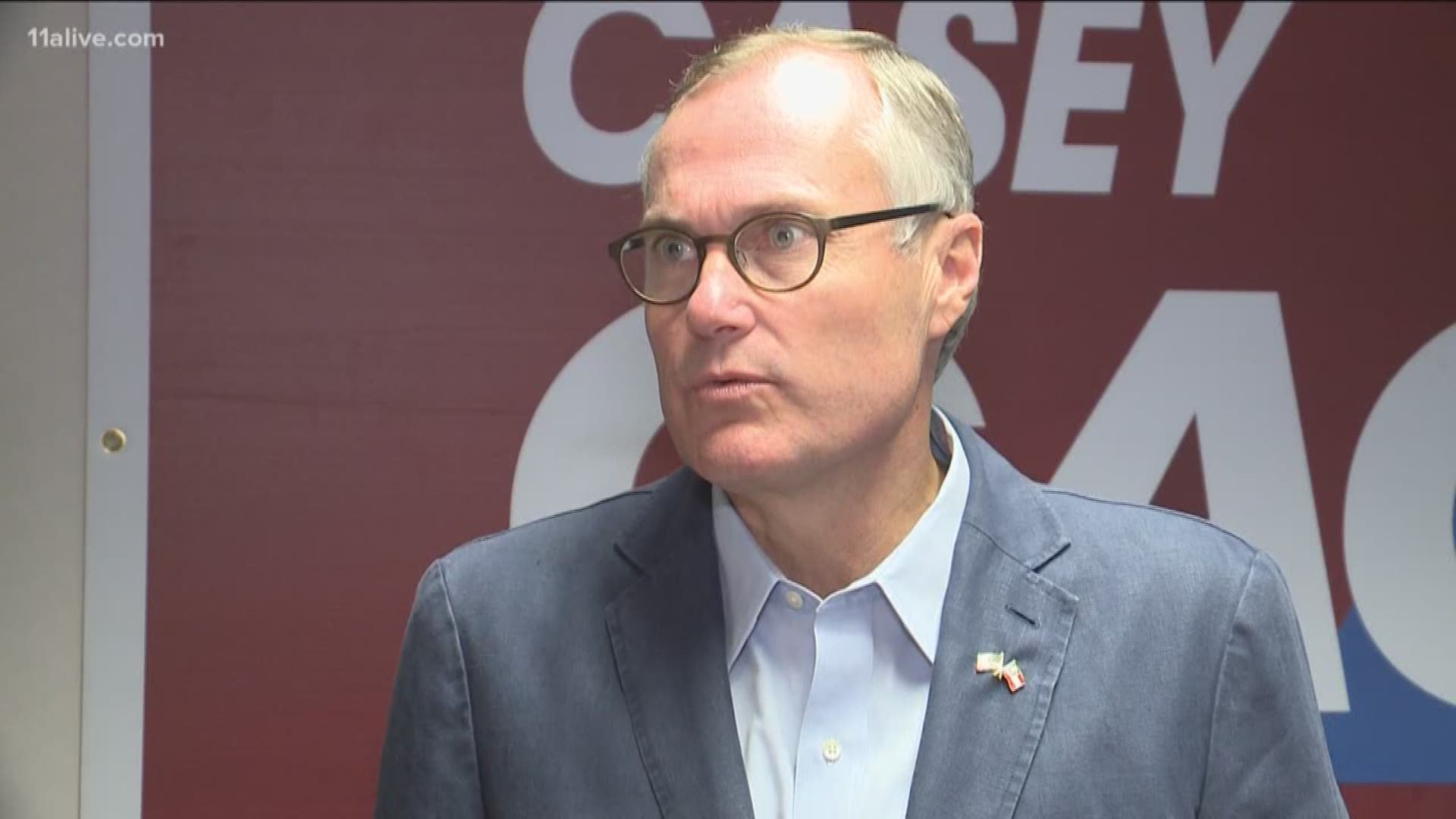 ATLANTA -- The governor’s race has taken a curious turn with an argument over how much the state should help poor people. And the Republican competitors have drawn an unexpected line in the sand on that issue – even though their positions aren’t far apart at all.

It starts with another hushed secret recording of Lt. Governor Casey Cagle, released by an opponent. On it, Cagle says in a confidential meeting: "Personal goal. I want to cut poverty in half. And I believe that I can do that."

For that, some of Cagle’s opponents are having a bit of a fit. Here’s Hunter Hill, during an endorsement Tuesday of Brian Kemp.

"Big government does not solve poverty. That is a Democrat message," Hill said.

He is evoking the War on Poverty, launched with great fanfare by Lyndon Johnson in 1964 – a huge, costly government program that conservatives say mostly failed.

"We have seen the failures of 70 years of government, failing to deliver results for the poor," Hill claimed.

In a news release, one of Hill's former aides was even more critical.

"Well, there’s no question we have a poverty issue in the state," Cagle said in an interview Tuesday with 11Alive News. But he added that he isn’t pitching a new government program to fight poverty.

"There's no question we have a role to play. And it’s by creating an educational system where kids can learn the skills and knowledge that they need to be self reliant," Cagle said. "Not government reliant."

"I think everybody would love to cut poverty in half," Kemp said. "I don’t think anybody disagrees with the government being involved in those things, but you can’t be involved forever."

Cagle says he grew up in poverty. His empathy for Georgia’s underclass could help him with swing voters in the general election – if he’s still standing after next Tuesday’s Republican runoff against Kemp.