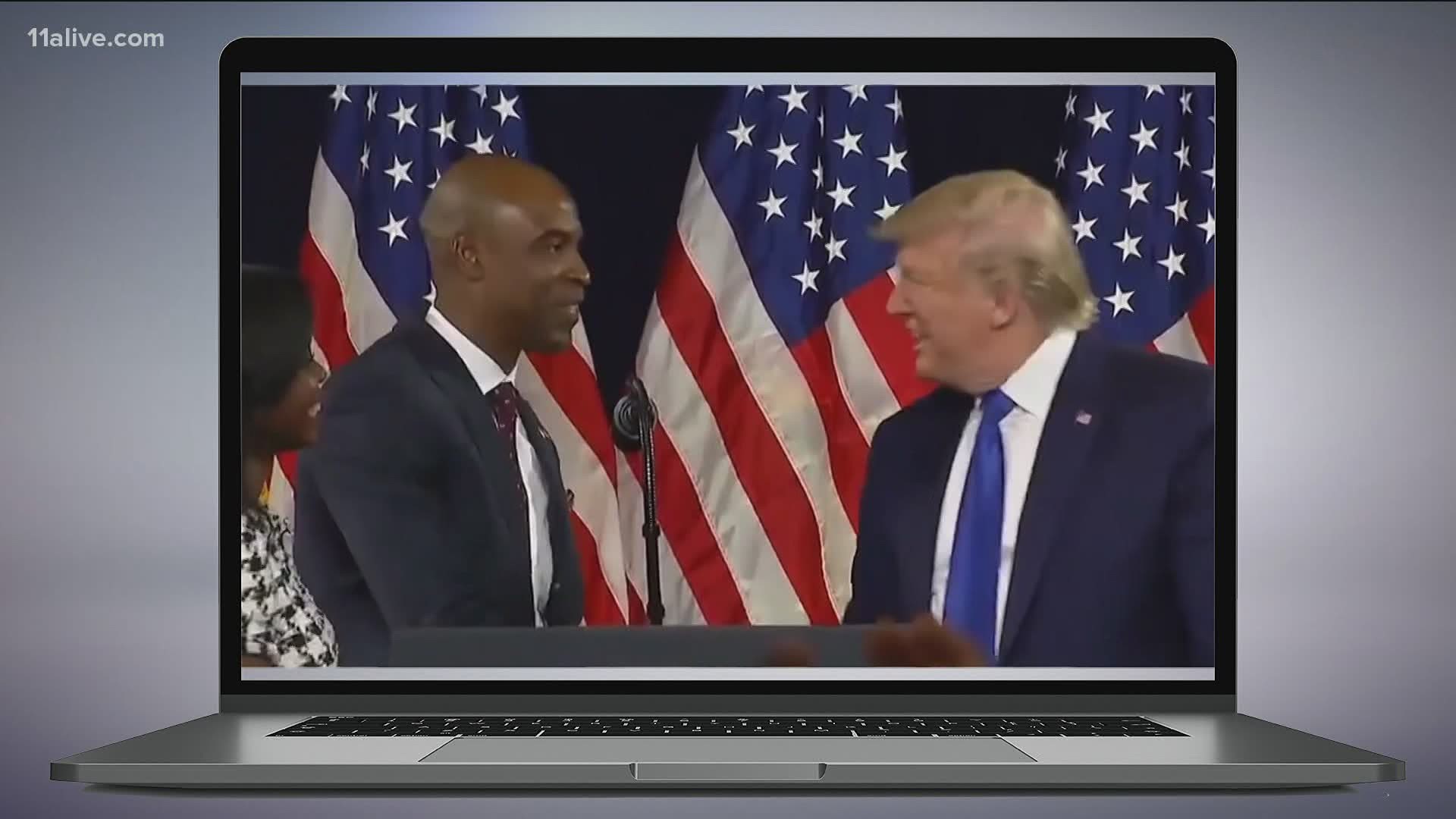 ATLANTA — When Democrats won three statewide races in the last election, it was in no small part because of support from voters of color. Now, Georgia Republicans of color are announcing candidacies for 2022.

Former Democrat Vernon Jones was on a right-wing cable channel called Newsmax touting his likely run as a Republican for governor against Brian Kemp. Jones is African American.

In a party where white candidates have dominated, and last year lost big statewide races in Georgia, Republicans of color are stepping up.

He has been a vocal advocate for Georgia Republicans to broaden their base and to include more voters and candidates of color. Next year, the Republican insurance commissioner incumbent will be a Spanish-speaking native of Mexico, John King.

“Bring on the candidates. Bring on more ideas and the competition there,” Smith said. “That’s always good, whether they’re of Mexican descent like John King or whether they are a Black American or white American.”

Smith acknowledges Republicans will need more than just diversity to beat Warnock in the Senate race or to beat Stacey Abrams if she runs for governor.

Democrats said Republicans can’t undo their own history by merely producing candidates of color. “The message that Democrats have, across the state across the country, it’s one of inclusion, one of acceptance and I think that is what resonates. Regardless of the messenger,” said state Rep. Erick Allen (D-Smyrna), who is running for Lieutenant Governor in 2022.

Smith said any Republican who wins the GOP primary, even a Republican of color, will have to do it with right wing rhetoric that appeals to the party’s base, making an appeal to moderate voters of color difficult in November 2022.