Police have released the name and photo of a “person of interest” in the shooting death of 17-year-old Jesse Thomas at a party over the weekend. 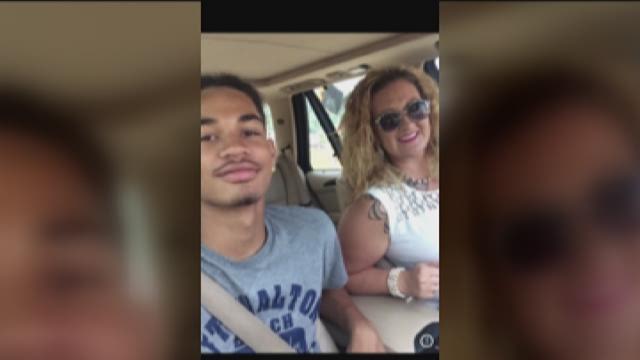 Police have released the name and photo of a “person of interest” in the shooting death of a local student at a party over the weekend:

STOCKBRIDGE, Ga. (Sunday, May 14, 2017) -- Stockbridge High School students will be returning to class Monday morning grieving for the senior who they say loved everybody. They say 17-year-old Jesse Thomas was a basketball player who just found out Friday he’d been accepted to college. He was celebrating at a family member’s home Friday night but his brothers said others showed up uninvited.

“It just a large crowd,” brother Will Thomas said. “Lot of stuff going on, and things got out of control, quick.”

And someone in that out-of-control crowd shot and killed Jesse - the young man everyone says was fearless in protecting his family and friends, always.

“Everybody know he was fearless, and he wouldn’t never let nobody mess with his family, never,” Will said.

Now, Henry County police are asking for the public’s help in finding a person of interest, 19-year-old Dexter Deshawn Covington. Police believe he may be driving a black 2014 Chevrolet Camaro with the Georgia tag RCA2611.

Relatives and friends are hoping someone will come forward. Sunday evening, they were sharing stories of Jesse - happy memories about how he would volunteer with his grandmother and brother at a church soup kitchen. They told other stories about how he loved his great grandfather, who died just last week.

His mother, Stacey, called him a great son who was a blessing to her - and to all.

His best friend, Rae Cox, was like a brother.

Jesse Thomas’s dream was to work hard, be a success in life and provide for his family -- not knowing if he’d graduate from high school, but he did; not knowing if he’d be accepted into college, but he was. He was now looking forward to his next goals -- graduating from college and playing professional basketball.

His brother, Demetrius Sullivan, was certain that, if anyone could make their dreams come true, it was Jesse.

“He don’t want nobody to cry,” Demetrius said. “He want everybody to love each other and comfort each other.”

And Henry County Police are hoping someone will recognize this person of interest and call police.

Jesse Thomas would have turned 18 on May 27 - the day after graduating from Stockbridge High School.